The Green Bay Packers fought but came up short last Sunday in Philadelphia. This game was labeled as a clear loss, so there was no surprise with the outcome. The biggest concern against the Eagles was the Packers run defense. A team is not going to win when you give up 363 rushing yards. It is just not going to happen. Things won’t get easier on Sunday when Green Bay faces off with the Chicago Bears. Justin Fields has proven that he is more of a threat on the ground rather than throwing the football.  Can the Packers slow down Fields after an abysmal defensive showing last Sunday? Let’s take a look at three things that will happen on Sunday:

Justin Fields Rushes For Over 100 Yards 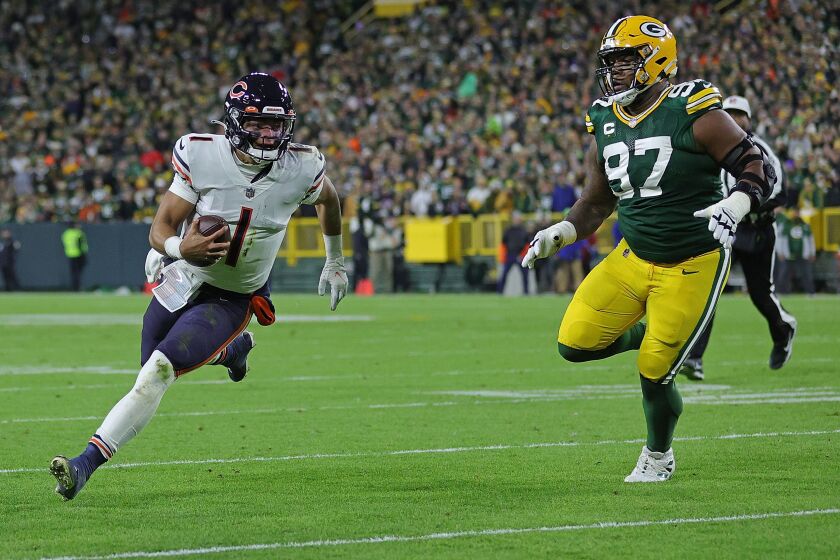 It is unclear still if Justin Fields is going to ready to go on Sunday as he missed the Chicago Bears’ last game due to injury. If he is active, you can make darn sure that he is going to moving on the ground. That is truly Chicago’s only option to win games at this point. How will Joe Barry respond? According to Matt Lafleur, he does not see a problem with the defense. Maybe it is a vote of confidence in Barry? No one knows the reason. One thing we do know is that Barry refuses to change things in his scheme, which was an end result of giving up almost 500 yards of offense to Philadelphia. Why should we expect anything different? I do not think that Fields is going to tear apart the defense like Jalen Hurts did, but I think he is going to account for a large chunk of the offense. 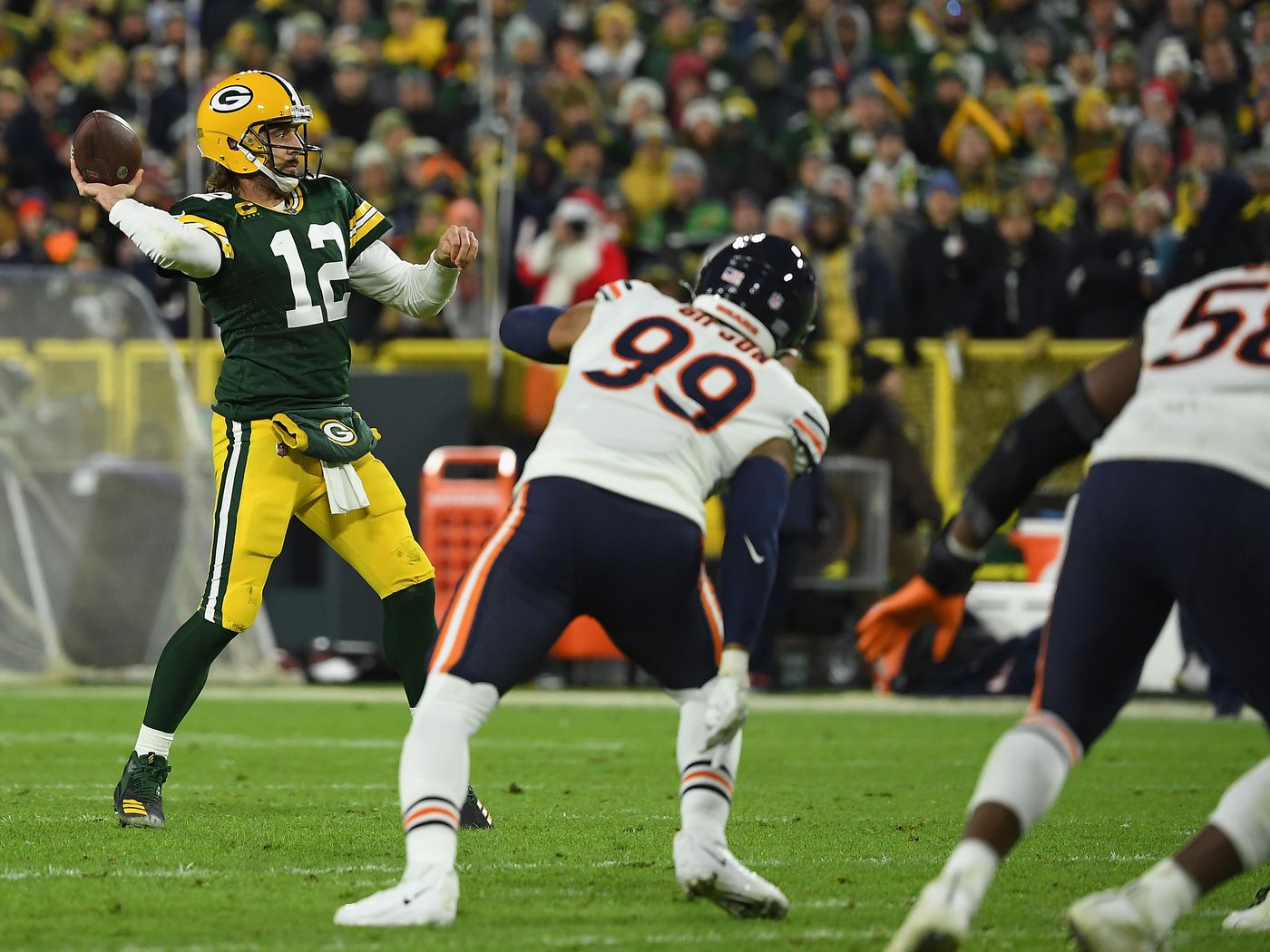 Aaron Rodgers seems to play his best games against the Chicago Bears. That is a fact. Even with a broken thumb, he can still throw an accurate ball. What is also encouraging is that Christian Watson has been playing ‘lights out’ the past three weeks. Additionally, Randall Cobb has looked great since returning from IR.  I would also not rule out an appearance by Jordan Love on Sunday as well. The Chicago Bear defense has lost an absolute large amount of talent on that side of the ball the past 12 months.  On top of that, I do not see anyone in their secondary that will be able to withstand Watson’s speed. I expect another big game from him. Do I think that this will be Aaron’s last game against Chicago? Absolutely not.

Green Bay Win Their Final Game Of The 2022 Season

The Green Bay Packers are still mathematically in contention for the playoffs. Even if they win out, there is still a ton of help needed. Miami and Minnesota are still playing for seeding so I do not expect them to ease up the rest of the season. Additionally, Detroit has had Green Bay’s number and are a very hungry team, so I expect them to be stingy still. The results of this season have been a tough pill to swallow. What was considered an elite defense coming into the 2022 season has had a horrendous showing all year. The offense was what I expected. Brian Gutekunst will have  another tough offseason ahead of him, so let’s enjoy what is left the 2022 Green Bay Packers.