The Green Bay Packers traded away Davante Adams to the Las Vegas Raiders for a first and second round pick. Marquez Valdes-Scantling signed with the Kansas City Chiefs in free agency. Due to these losses, there has been a major focus on how the Packers will compete with several new young wide receivers. For the most part, the fact that Randall Cobb remains on the roster has been largely overlooked. Perhaps it was because he was limited to 12 games last season due to a core muscle injury. However, he was still productive when healthy and has arrived for Green Bay’s OTA’s. A 11-year veteran is at OTA’s. These are completely voluntary practices, so why is he there? According to Cobb, it is to set a standard for other Packers players.

Following the second day of OTA’s, Randall Cobb spoke to the media. When asked why he, a seasoned veteran, is at this voluntary team activity, Cobb said:

“I know I can’t play forever and I know that time is dwindling. I’m just trying to savor the last little bit of all of it that I can.”

Randall Cobb is entering his age 32 season. Indeed, his time is short. He has just one year remaining on his three-year deal that he signed with the Houston Texans back in 2020. Depending on how this season goes, it could indeed be his last ride. While there are other veterans at OTA’s, such as Aaron Jones and AJ Dillon, none are as experienced as Randall Cobb. When addressing the importance of his presence at the activities, Cobb stated:

“I think that’s the most important thing for myself and why I’m here, is to create a standard for the young guys who’s coming in so they know what’s expected and how we do things.”

This echoes advice that Aaron Rodgers gave on The Pat McAfee to Justin Fields. Super stars are not born over night. It takes hard work, and focusing on a few things at a time can gradually turn players into stars.

How Will Randall Cobb Fit on the Packers Offense in 2022? 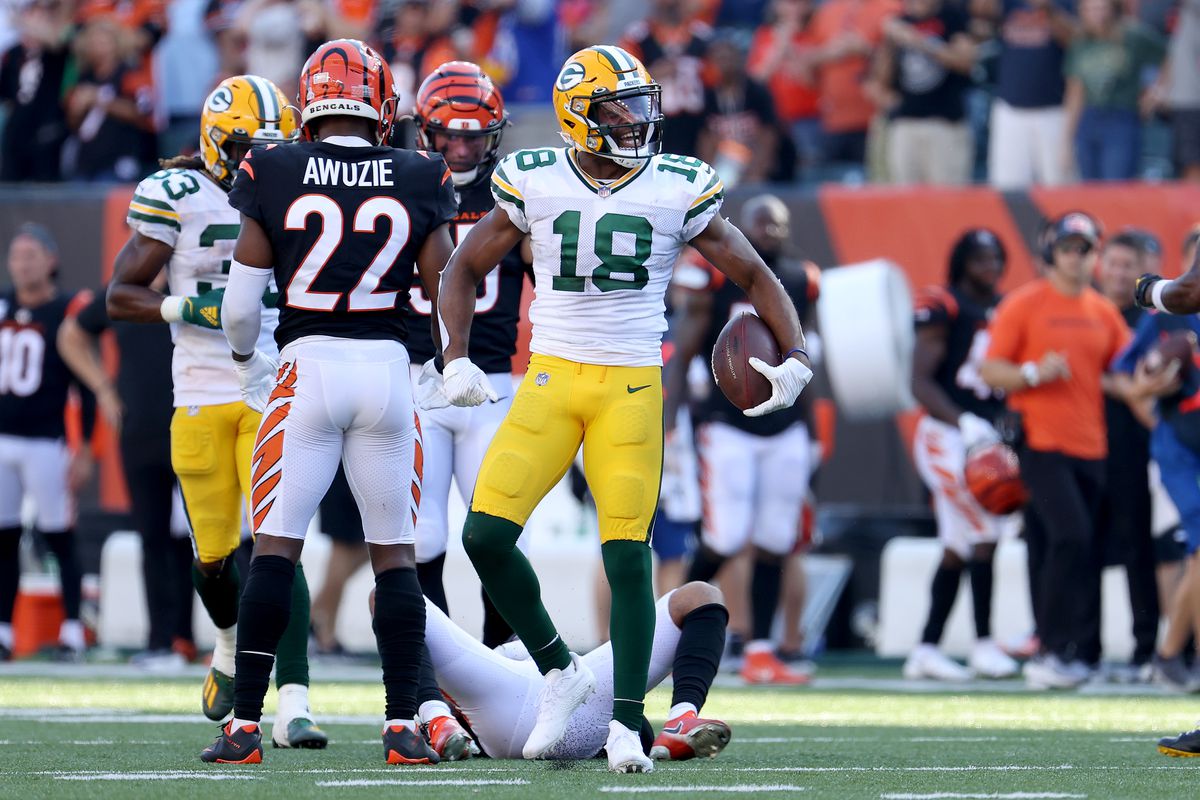 The Green Bay Packers drafted Christian Watson (second round), Romeo Doubs (fourth round), and Samouri Toure (seventh round) in the 2022 NFL Draft. Watson and Doubs, especially, are expected to compete for snaps right away. Additionally, Green Bay signed Sammy Watkins to a one-year deal. If Watkins can remain healthy, he too will garner many looks from quarterback Aaron Rodgers. Allen Lazard has come out and said he fully expects to be the Packers’ top wide receiver in 2022.

All of these players, though, lack is the kind of relationship and trust that Randall Cobb has with Aaron Rodgers. When the Packers traded for Cobb last offseason, he and his wife stayed with Rodgers in Green Bay while they searched for their own home. On the field, Cobb caught 28 passes last season. 26 of them were either first downs or touchdowns. While his stats may not be eye-popping, he is still a reliable weapon that Rodgers will look to when the chains need to be moved.

When it comes down to it, isn’t that what any team wants from a veteran wide receiver? Be reliable. Add in that he is ready, willing, and able to lead by example, and the Packers have a real winner in Randall Cobb.