Packers Would Face Vikings In Playoffs In This Week 18 Scenario The Green Bay Packers have a chance to play the Minnesota Vikings for a third time this season, depending on how Week 18 unfolds.

Green Bay’s path to the postseason became much more clear after a wild Week 17. We saw the Packers dismantle the Vikings in a 41-17 rout, and the Washington Commanders were officially eliminated from playoff contention after a loss to the Cleveland Browns.

With the Commanders no longer fighting for the final playoff spot, only the Seattle Seahawks, Detroit Lions and Green Bay Packers have a shot at the No. 7 seed.

How Packers Could Play Vikings In First Round Of Playoffs 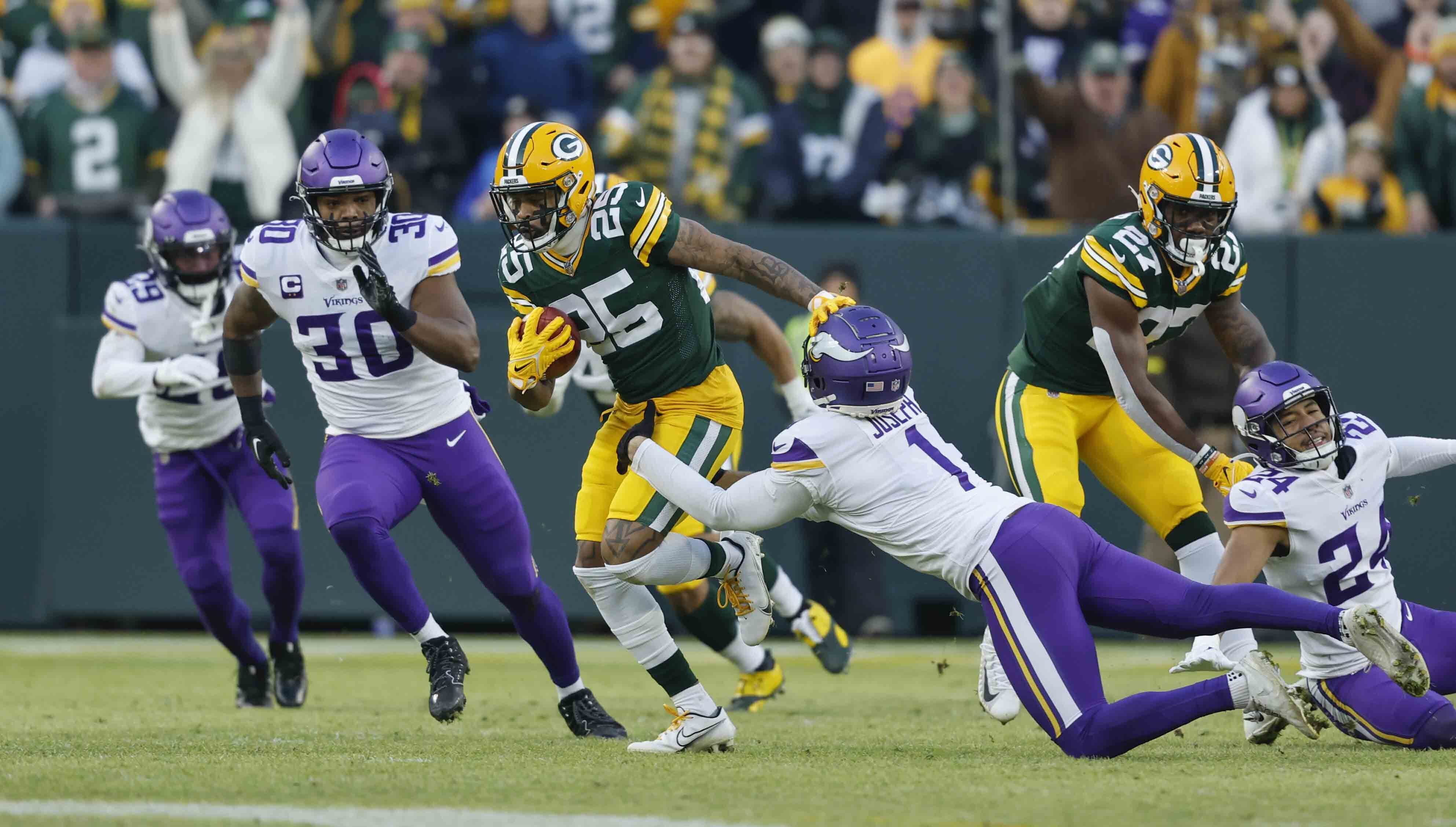 The Packers control their own destiny in Week 18. A win over the Lions would clinch a playoff berth, regardless if the Seahawks beat the Los Angeles Rams.

If the Packers do win, they have a chance to play the Vikings once again. Here are the conditions for this matchup to happen;

Vikings vs. Packers if…

Based on how Week 17 unfolded, Green Bay would welcome another game against their division rivals, although this time it would be an away game for the Packers.

With the Packers unable to finish any higher than the seventh seed, the only other team they could potentially face in the first round of the playoffs would be the San Francisco 49ers. Last year, the 49ers beat the Packers 13-10 in the NFC Divisional round.

Nevertheless, the Packers main focus is on their Sunday night game against Detroit. Who they potentially face in the playoffs is out of their control. However, whether Green Bay makes the playoffs or not is entirely up to them.