Takeaway Number One: Giannis Antetokounmpo Is Still ‘That Dude’

The Greek Freak got off to a hot start in the first quarter and rode his momentum the rest of the way. He started the game going 5/5 from the field in the first quarter. However, it was his impact on the defensive end that made the difference. Overall, it was a typical Giannis game: 21 points, 13 rebounds, eight assists, and three blocks.  Giannis, in his post-game on-court interview, said “I’m getting in rhythm”.  Look for the 2019 MVP to continue his great play as the season progresses.

Takeaway Number Two: The offense Went Cold, But Came Through When It Mattered

The Bucks were severely undermanned missing Khris Middleton and Pat Connaughton.  They were looking for any type of scoring to help Giannis. Starting center Brook Lopez had a big night contributing 17 points.   At one point Milwaukee led by 13 in the fourth quarter. Unfortunately, it would not last as the 76ers were able to rattle off a 16-4 run.  The 76ers took the lead 86-84 with under two minutes left. However, an unsung hero for Milwaukee came up big: Wesley Matthews. He drained the game-winning three with 23 seconds left. The offense will be a work in progress the first month of the season as they try to figure out their rotations. 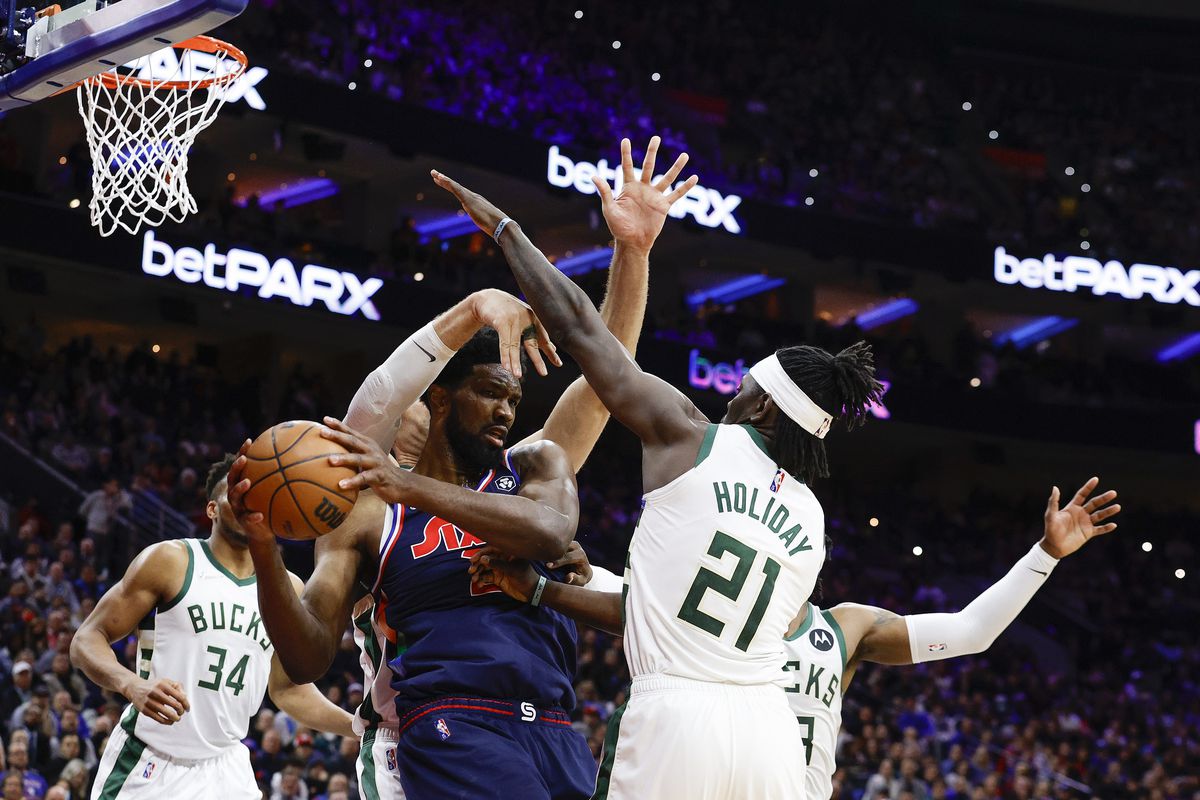 The Bucks’ defense was the star of this game. 76ers’ star James Harden scored 31 points.  However, no one else on the team scored more than 15, particularly their superstar center Joel Embiid.  The Bucks also blocked six shots and secured 41 defensive rebounds. Last year, the Bucks were the second-best team in the post-season in points allowed per game (101).  Holding the 76ers to 88 points in the season opener with both of their superstars active is impressive. I expect them to have a top-five defense by the time the season ends.

Once the Bucks get healthy, they will be a tough challenge for any team in the NBA, let alone the Eastern Conference. This is just game one of 82. The NBA season is a marathon, not a sprint. With the win, the season got off to a good start. The Bucks will now look to build off their momentum as they face the Houston Rockets at home in Milwaukee on Saturday night.