After over 20 years since his playing career ended, LeRoy Butler was finally been chosen for induction into the Hall of Fame. After being snubbed in favor of John Lynch last year, Butler joined his former teammates Brett Favre and Reggie White (along with Ron Wolf) in Canton. Butler’s induction will give the Green Bay Packers 28 Hall of Famers in their storied history.  It had been long overdue and was the last remaining player from the 1990s All Decade Team to be enshrined.  Today, his locker in Canton Ohio was unveiled. 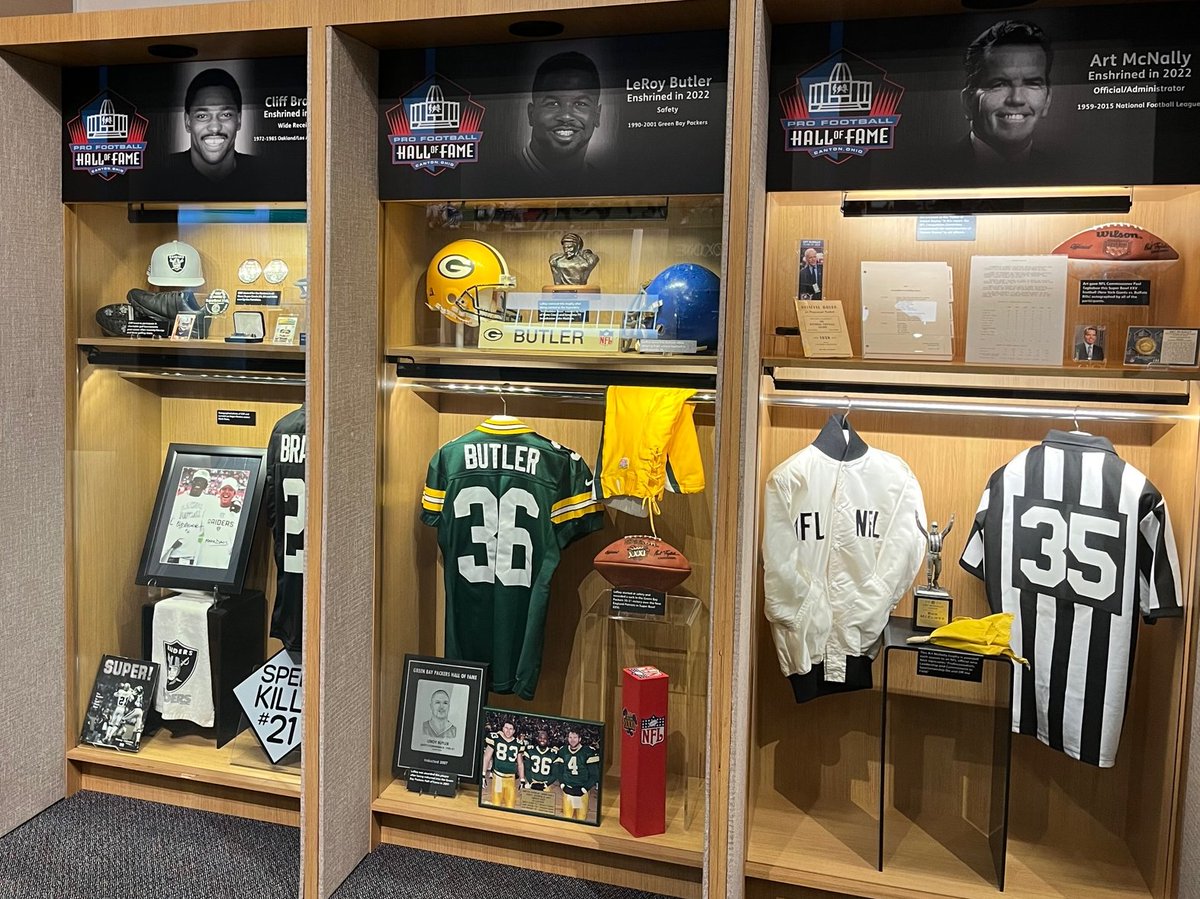 Butler’s locker exhibit features his Super Bowl XXXI game ball and pylon.  It also features his uniform from his time with the Packers and his high school helmet.  LeRoy Butler is, simply put, a Wisconsin treasure. He was a Green Bay Packer from 1990 to 2001, inventor of the Lambeau Leap, and will be inducted into the Pro Football Hall of Fame this summer.