The Packers beat the Bears 27-10 on Sunday night. While the score was not a complete blowout, the Packers were in control for most of the game. After the game, Justin Fields had some interesting comments that have gone viral. Justin Fields’ comments after the loss to the Packers are ticking off Bears fans.

“It hurts more in the locker room than for Bears fans… They aren’t putting in any work.”

Bears fans may not like this one from Justin Fields….

Bears fans have had over a decade of disappointing Packers losses. Going into this game, Bears fans felt like they had a legitimate chance to upset the Packers. One big reason for this was Justin Fields. Fields had a stinker of a game. He only threw for 70 yards and had a measly 6.7 QBR. After the game, Fields expressed his frustration. Basically he said that the players hurt worse than the fans because they put in hard work and fans don’t. I get where Fields might be coming from, but this is not what fans want to hear after losing to a hated rival.

Bears Fans Are Not Happy 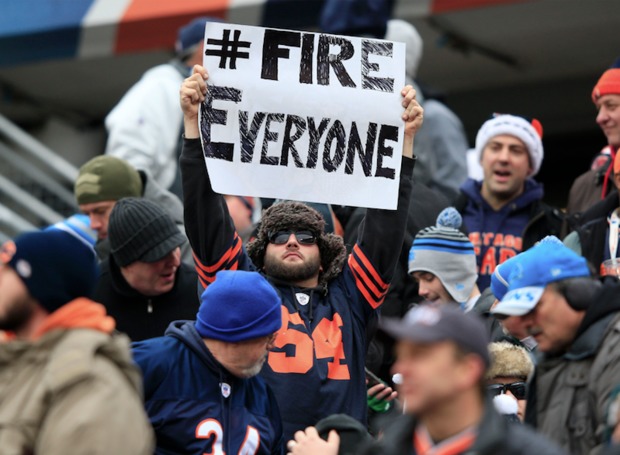 Many Bears fans took to social media to express their displeasure with the comments. As a Packers fan, you love to see this. Packers fans have spent the last week hearing how good Justin Fields is and now the fans are turning against him. Honestly, I couldn’t find appropriate responses to post because all of them are laced with profanity. Trust me though, Bears fans are not happy with Justin Fields. Justin Fields’ comments following the Packers loss have caused many to turn on the quarterback.

The Packers Have Broken The Bears Yet Again

Whether Fields meant something different or not in his comments, the damage is done. Half of the fanbase is defending him and the other half is ready to trade him. This is just the cherry on top of the Packers victory against the Bears.