Green Bay Packers QB Aaron Rodgers is 2-3 against the Tampa Bay Buccaneers in his career. The Packers have lost the last two NFC Championship games playing the Bucs in the last two seasons. Green Bay does lead the overall series record of 33-23 coming into NFL Week 3.

Last week against the Chicago Bears, the Packers looked significantly better in the run game. They did make plays in the passing game, but that was not the big emphasis. Aaron Rodgers completed 19-25 passes for 234 yards and two touchdowns. Aaron Jones piled up 132 yards rushing on 15 carries, scoring one touchdown through the air (38 yards), and another on the ground. AJ Dillon had 18 carries for 61 yards. Sammy Watkins led the wide receiver group last week with three receptions for 93 yards. Allen Lazard made his NFL return, but only had two receptions for 13 yards and one touchdown. 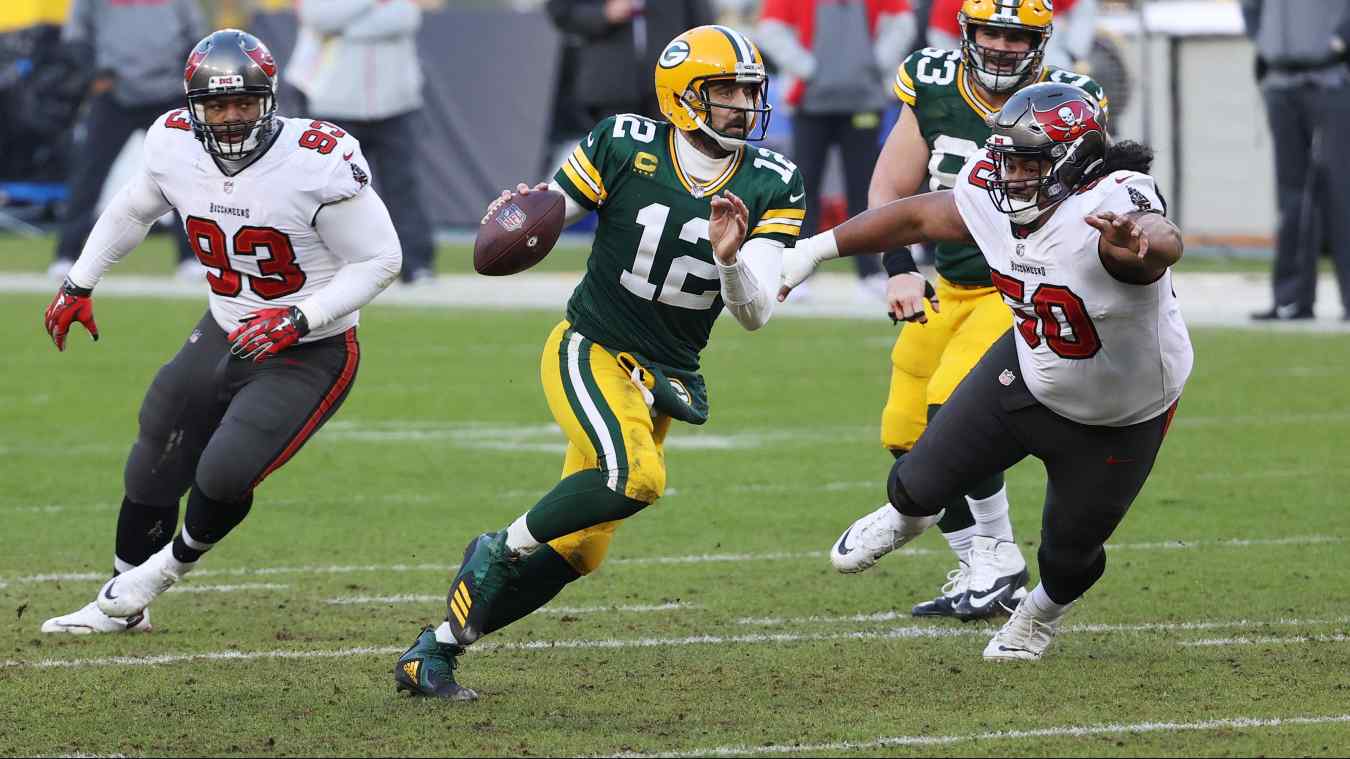 The Tampa Bay Buccaneers did their job against the New Orleans Saints a week ago. They sacked Saints QB Jameis Winston six times, forced two fumbles, and intercepted three passes. All of the Buccaneers’ forced turnovers came in the third and fourth quarters made by Logan Ryan, Jamel Dean, Mike Edwards, and Carlton Davis III.

The defensive line will be without their top pass rusher and defensive end Akiem Hicks in NFL Week 3 due to injuring his plantar fascia in his foot last week. They are stacked and will still be able to pressure Aaron Rodgers, but it should help the Packers’ offensive line if they can stop the Buccaneers’ elite pass rush behind linebacker Devin White. Tampa Bay gave up 306 total yards in Week 2 against the Saints.

The Packers’ defense only held the Bears to 10 points in Week 2. Preston Smith led with seven tackles and two sacks. While opposite linebacker Rashan Gary recorded two tackles and one sack on Justin Fields. The defense only allowed 70 passing yards throughout the entire game. Most of the Chicago Bears’ yardage came on the ground as they rushed for 180 total yards. Bears RB David Montgomery had 15 carries for 122 yards.

Packers cornerback Jaire Alexander picked off the Bears quarterback to seal the win for Green Bay. Coming into NFL Week 3, the Packers’ defense has allowed 173.5 passing yards and 153 rushing yards per game.

The Tampa Bay offense struggled last week behind the seven-time NFL Super Bowl Champion Tom Brady. The Hall-of-Fame quarterback was seen on the sidelines showing some frustration as he threw a tablet down on the turf last Sunday. Brady went 18-34 for 188 yards and one touchdown against the Saints. #12 injured his ring finger on his throwing hand, so it will interesting to see what he can do in this NFL Week 3 matchup.

Buccaneers running back Leonard Fournette had 24 carries for 65 yards. Veteran wide receiver Mike Evans had three receptions for 61 yards. The league suspended Evans for NFL Week 3 due to an altercation in New Orleans. His recent appeal of his suspension was upheld on Wednesday.

The Buccaneers have brought on Cole Beasley to take place of the absent veteran wide receiver. Julio Jones and Chris Godwin are listed as questionable for Sunday’s game against the Packers. They will also be without some offensive lineman. Hopefully, the Packers’ defense will have the upper hand if the other wide receivers cannot play in NFL Week 3. 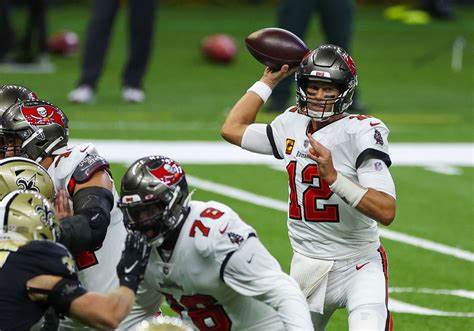 The Green Bay Packers head to Raymond James Stadium to take on the Tampa Buccaneers on Sunday, September 25th at 4:25 pm ET.