News broke late last night that former Wisconsin running back Melvin Gordon will be re-signing with the Denver Broncos.  Gordan, 29, was a former first-round draft pick by the Chargers.  He played five seasons with the Chargers before signing with the Broncos in 2020.  Gordon’s deal could be worth up to $5 million.  The deal just before the draft could shed some light into the plans Denver has ahead of Thursday.

#Broncos RB Melvin Gordon is re-signing with Denver, as the two sides have agreed to terms on a 1-year deal worth up to $5M, source said. A key move before the draft.

Now in his third season in Denver, Gordon will get an opportunity to play with a familiar teammate.  Russell Wilson was a one of the major trades that happened this offseason in the NFL.  Wilson could arguably be the most skilled quarterback Gordon has ever played with.  The two now team up in a loaded AFC West division and will lean on each other to get Denver back into the playoffs. 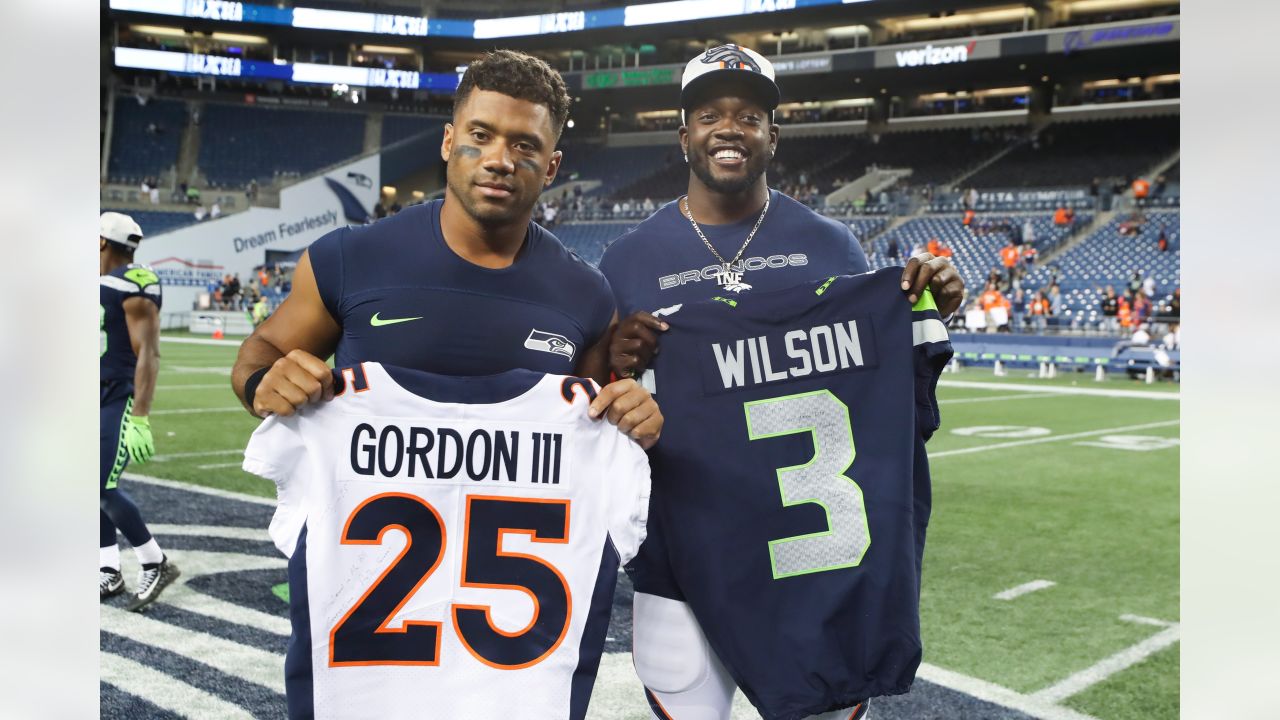 After being drafted by the Chargers in 2015, Gordon spent five years in California before signing with Denver in 2020.  Through his seven year career, Gordon has racked up 6,144 rushing yards and 2,244 receiving yards.  Gordon has found the endzone 53 times as a rusher and 14 times as a receiver.  In 98 career games, Gordon has averaged 85.5 yards from scrimmage per game.

Running back by Committee

In todays NFL, you rarely see a “bell cow” running back.  Most teams choose to deploy the “running back by committee” approach.  In 2021 Denver drafted Javonte Williams in the second round.  Gordon and Williams had almost the identical workload.

We often talk about backfield splits, but Denver last season shared the work about as evenly as you’ll ever see.

There will be a reasonable amount of hype surrounding the Broncos offense and rightfully so with the addition of Russell Wilson.  Figuring out the backfield and who to draft for your fantasy team will be a major question mark for many owners.