In a rather “interesting” post on social media, CBS Sports’ Jason La Canforna claimed that he believes that Matt LaFleur is, or should be, on the host seat in Green Bay.

Should Matt LaFleur Be On the Hot Seat?

This claim that LaFleur is, or should be, on the hot seat is rather absurd.  In 2018, the year before LaFleur was hired by the Packers, the team went 6-9-1 and missed the playoffs.  The next season, LaFleur’s first as head coach, the team went 13-3 and made it all the way to the NFC Championship Game.

Last season, the Packers again went 13-3, and again made it all the way to the NFC Championship Game.  In addition, Green Bay had the highest scoring offense in the NFL.  Davante Adams tied the Packers’ franchise record in receptions and broke the receiving touchdown record.  Aaron Rodgers, of course, won his third career MVP Award, six years after his last one.

On top of all of these records, The Packers had seven players named to the Pro Bowl as well as three players named as First Team All-Pro’s.  In shot, the team has flourished in LaFleur’s offensive system.  To suggest that the Packers may be getting ready to move on from him is just plain false.

His Relationship With Aaron Rodgers 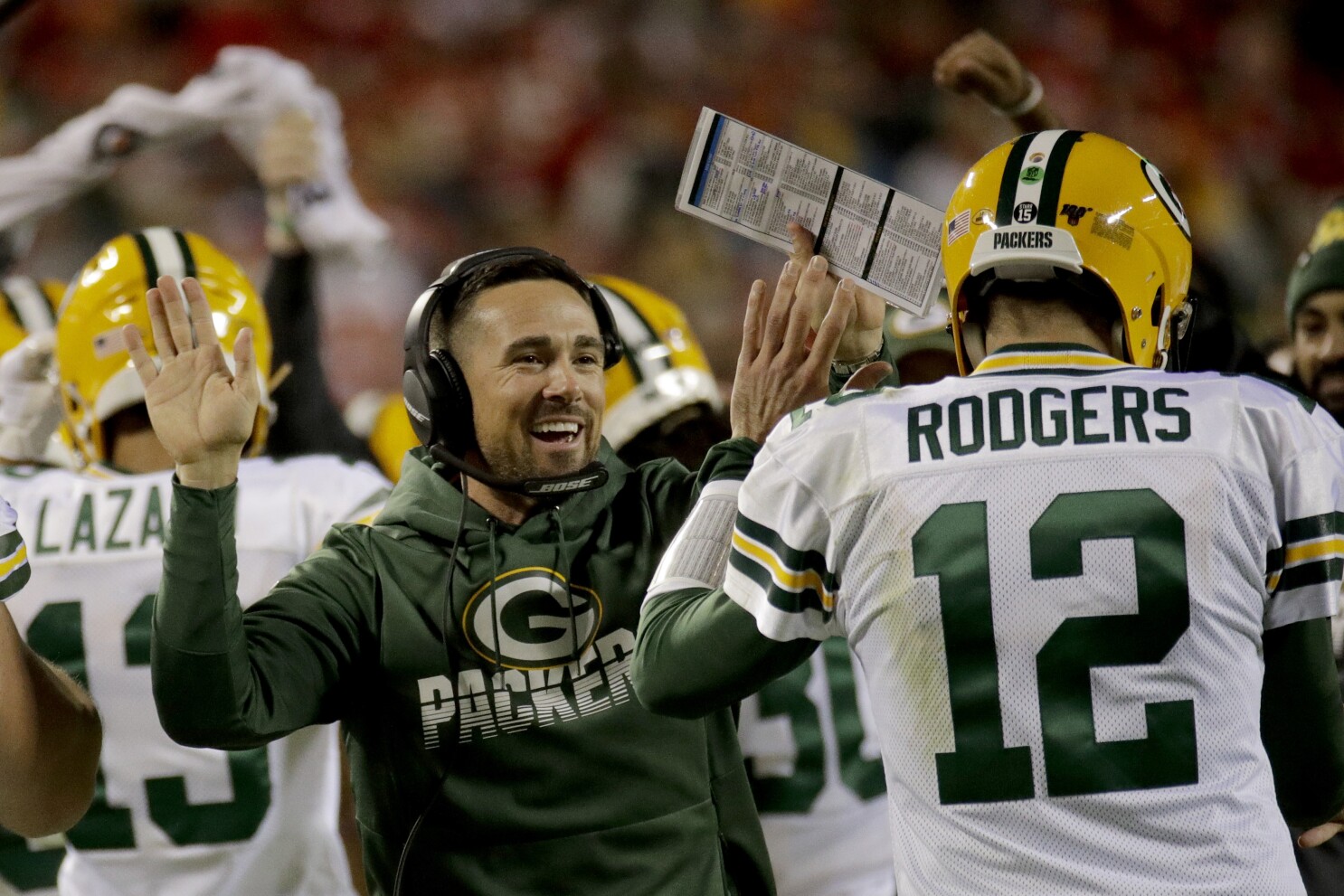 During the 2019 season, many people believed that Matt LaFleur and Aaron Rodgers did not get along.  That belief was amplified when the Packers drafted Jordan Love, and some suggested that LaFleur had requested the Packers to trade up for him.

However, both Matt LaFleur and Aaron Rodgers have reported that they have a great relationship.  In his interview with Kenny Mayne on ESPN, Rodgers stated that he “loved” his coaches in Green Bay, along with fans, players, and city.  The only group he omitted from his list was the front office.

Matt LaFleur is not going anywhere.  He has done great work with the Packers’ offense and has helped many of his players elevate their games.  Regardless of how the Aaron Rodgers situation with the front office ends, Green Bay has the right man for the job currently on the sideline.