It is no secret that the Milwaukee Brewers have been in some kind of bad spiral since the trade deadline. After the Brewers traded Josh Hader, many fans took to social media to voice their frustrations. Many of them claimed that the front office is not serious about winning now. Brewers reliever Devin Williams, after the deadline passed, voiced his confusion about the trade. In a recent interview with Adam McCalvy of MLB.com, starting pitcher Eric Lauer had some strong words for the organization.

Eric Lauer Said the Trade Sent a Message, and Not a Good One

Josh Hader was traded to the San Diego Padres for Taylor Rogers and two prospects. Dinelson Lamet was also acquired, but designated for assignment shortly after. Of the trade, Lauer told McCalvy:

“There was a shock factor to it. Everybody was taken aback by it a little bit. As far as who we have in the clubhouse and what we have here, I don’t think we’re in any worse position to win as many games as we should. The only thing I can think of was, from the top down it seemed like there was a weird behind-the-scenes message that was sent that a lot of people didn’t jive with.

A first place team with a below league average payroll just traded the most dominant reliever because they dont want to spend money. The Brewers are not serious about winning, and never have been. Its sad. Props to Stearns for holding it together but wow is Mark A. Shameless.

I have been away for a while, so I'm only commenting on this now. The Josh Hader trade , shows how disgustingly cheap the Brewers owner is and how they will never go " all in". You had a 1st place team and you willingly weaken them. Actions speak louder than words. #Brewers

Brewers are not serious about winning a WS. https://t.co/9npfSfogE4 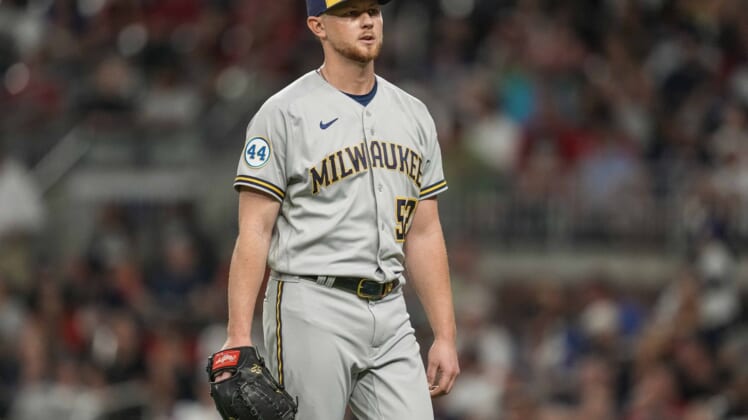 It is not unusual to watch teammates moved at the deadline. That was not the problem. The issue that Lauer, the players, and the fans have is about the message that the trade sent: “we’ll be competitive now, but try for a world series later.” The fans are tired of this message, especially since the team has never won a world series in its 52-year history. Eric Lauer understands this, and he took issue with how the trade was explained to the fans. Additionally, the front office never addressed how it affected the locker room with the players:

“Afterward, there was no communication to the clubhouse [about] what changed in the clubhouse. It’s kind of like it was shrugged off.

“I personally wasn’t a huge fan of the way they described it to the public. I’m not trying to just get a bunch of bites of the apple. Especially if things are going the way they are, the way the Brewers have historically traded [before] paying guys. I don’t know how many bites of the apple we can take in the next few years. We’re not going to be able to afford a lot of guys in this room.

“But it’s not my decision to make. My job is to play baseball and do the best I can every day. That’s what everybody here does. But there’s a certain vibe in the clubhouse, and when a dynamic like that changes, it’s something that needs to be addressed. And it just never was addressed to us. We just kind of left it.”

David Stearns was asked about Lauer’s comments, and took exception to them. According to McCalvy, Stearns stated that he, Tom Arnold, and Craig Counsell all had several conversations with various players after the trade. When asked if he had gotten his questions answered concerning the trade, Christian Yelich said, “We’ve had some conversations.” He also stated that he felt that Stearns and company have had a pretty good reputation when it comes to bringing in talent, and that he feels Stearns has the trust of the players.