With the return of baseball, the writers at WSH have decided to make a series of articles dedicated to breaking down each position on the Brewers.

Finding an everyday first baseman has just been one of the many infield struggles the Brewers have had to conquer in the offseason. Here, we take a look at our potential options for the first base position. 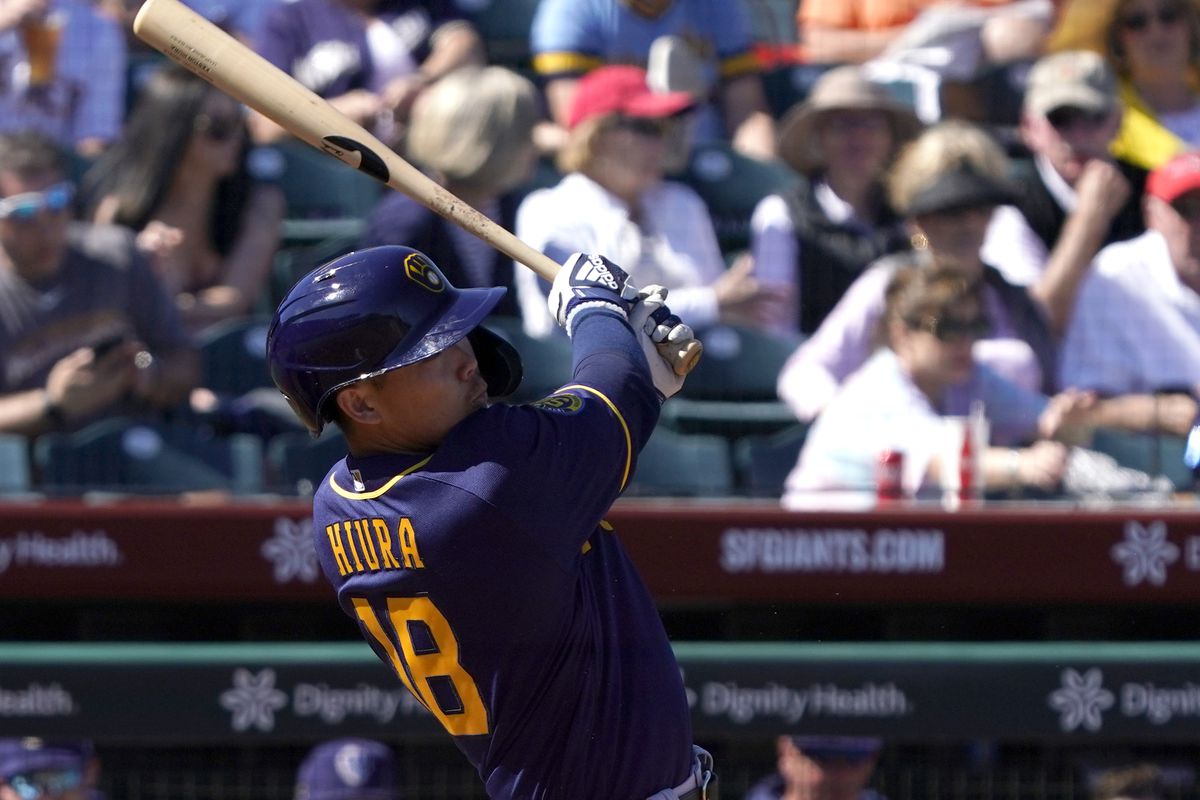 With the offseason acquisition of Gold Glove winner Kolten Wong came the challenge of figuring out who the everyday second baseman would be.

Keston Hiura spent 49 games at second base last season. Defensively, he could have been better. Fielding six errors and 83 assists, Hiura definitely received his fair share of backlash when he would screw up a defensive play.

Overall, the Brewers defensively didn’t perform the best, so Hiura isn’t entirely to blame. However, he is a big factor behind the lack of a strong infield defense.

Making the shift to first base is an adjustment for Hiura. Hiura himself has admitted to hardly playing first base throughout his entire baseball career.

With Hiura taking that corner spot, that also means he has to step it up at the plate. He had a little bit of a sophomore slump in 2020. He was hitting below average and wasn’t the 2019 Keston Hiura that Brewers’ fans came to love.

So far, things have been looking up in Spring Training. In 39 plate appearances, Hiura has recorded three home runs, one stolen base, eight RBI, and an average of .243.

If Hiura can keep his bat elite and improve the defensive game, no doubt he’ll be a powerhouse in the lineup once again.

“Vogey” has really made a name for himself in Milwaukee. Acquired last season off waivers from the Toronto Blue Jays, Daniel Vogelbach showed elite status at the plate.

However, with the DH no longer in effect within the National League, it really puts the Brewers at a standstill in determining what to do with Vogelbach.

He’s out of minor league options so the Brewers can either add him to the Opening Day roster, or potentially lose him on waivers. The Brewers need Vogelbach, honestly. Though the DH will not be a helping factor, Vogelbach has shown a lot of improvement and his bat has shown to be powerful to our lineup.

If he is to make the roster, Vogelbach really has two options: become a pinch hitter, or be Keston Hiura’s backup at first base.

Vogelbach has been performing fairly well in Spring Training.  He has a homerun, .875 OPS, six walks, and five RBI’s in 30 plate appearances.

Putting in the work at first base, he’s been trying to seal his spot on the roster. Career wise, he’s appeared in 244 games where 90 of those were at first base and 77 of those 90 games were starts.

As of right now, we’re really unsure where Vogelbach will land. However, keeping him on the roster would be very ideal. 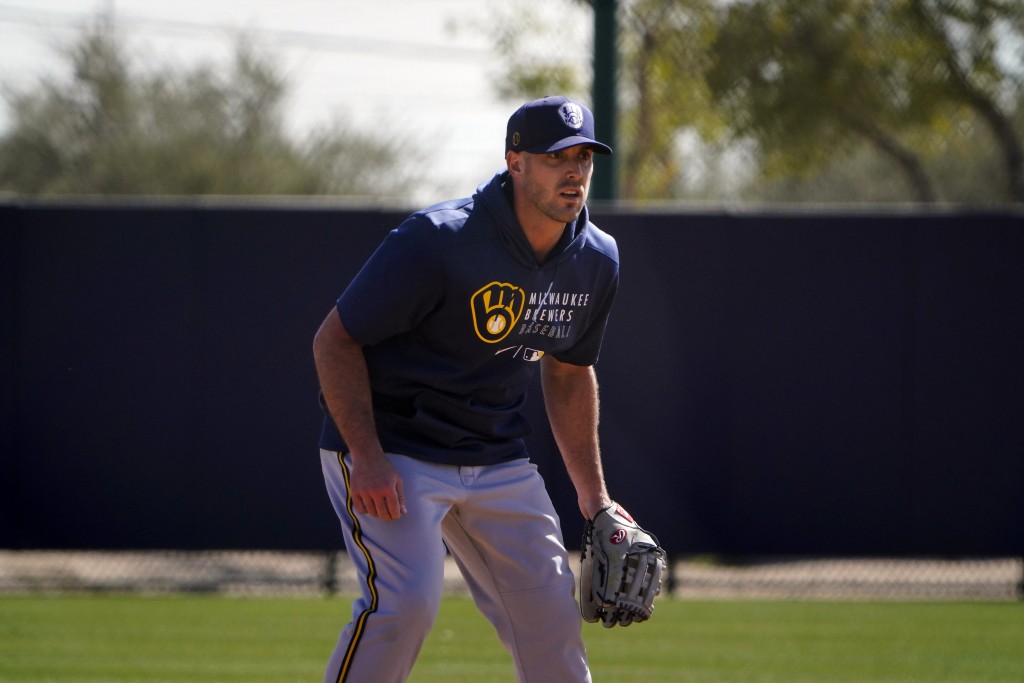 Seeing his name as a potential first baseman can be strange to Brewers fans. However, Travis Shaw has put in time at first base and has proven to be successful in the corners.

Getting reacquainted with first base when he signed that one-year deal with the Toronto Blue Jays in the 2020 season, Shaw had to learn to readjust and play a different corner.

Bringing him back to Milwaukee was a smart move from the front office (Thank you David Stearns!). The Brewers were looking for that defense they were missing and with having Shaw return, they are able to have that versatility again.

Spring Training has proved to be successful for Shaw. He was added to the 40-man roster and is likely to make the Opening Day roster. It’s great to see the crew giving Shaw another chance after his rather disappointing 2019.

The Brewers love stacking up their versatility and they did just that when they signed Daniel Robertson to a one-year contract.

Though he’s best at second base, Daniel Robertson is someone who’s played every position but catcher and center field. He’s not a hard hitter, but some defense makes up for that.

In comparison to the other names mentioned, Robertson really would do better at 2B or 3B, but with all the acquisitions the Brewers have made, I think they’ve really figured out who they’re going to make their everyday men at those positions.

We are just days away from Opening Day, and the 26-man roster has yet to be released. It’ll be interesting to see who makes the cut. Have faith in Craig Counsell, he knows what he’s doing.