With the 92nd pick the Green Bay Packers select OT Sean Rhyan, UCLA.  Some linemen aren’t physically ready for the NFL when they’re drafted. That won’t be the case for Rhyan. Rhyan is a 6’4 5/8″, 321-pound behemoth. He has a large, burly frame, and stores massive amounts of power in his lower body. His torso is incredibly dense, and that, in conjunction with solid flexibility, allows him to absorb opposing power with ease.

In addition to his size, Rhyan is an exceptional athlete. The UCLA OT possesses an observable explosive burst heading into contact, and he gets to the second level quickly. Rhyan blocks well in motion, and he’s also a very smooth lateral mover who transfers his weight well. The UCLA product is fairly light on his feet, with smooth footwork when changing direction or blocking angles, as well as good recovery athleticism.  Oh.. and Sean Rhyan has 11 5/8” hands… WOW.

The Packers bolstered their offensive line with Sean Rhyan. The UCLA product can play tackle or guard and has impressive athletic testing scores. pic.twitter.com/0KbgthqwRm

Sean Rhyan started 31 games at LT for UCLA, but his 32 3/8-inch arms profile more as a guard. Reminiscent of Packers drafting Michigan LT Jon Runyan to slide him into left guard. Makes it easier to kick Elgton Jenkins out to right tackle, if Yosh Nijman doesn’t win the job.  Sean Rhyan will rival OT David Bakhtiari for best hair on the team: 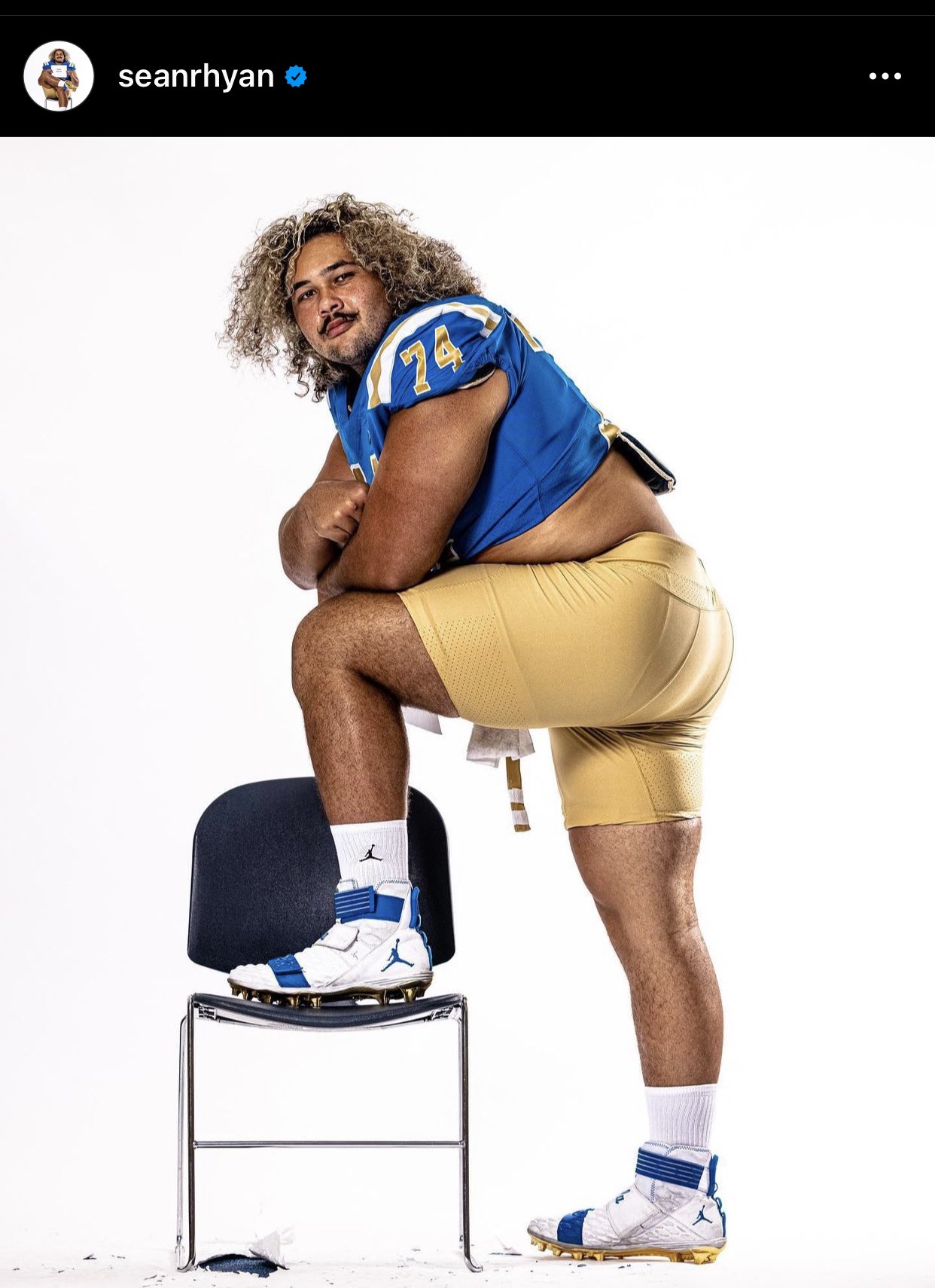