Green Bay Packers fans seem to have adopted third string quarterbacks as their own flesh and blood. I am not sure if I have seen a fan base treasure the back up to the back up at the quarterback position more than Packers fans. Most notably was during the 2021 season when Packers fans fell in love with QB Kurt Benkert.  There was obvious agony on packers social media when Benkert was released. However, most fans just wished him the best no matter what was next. Well today we found out what is next. Kurt Benkert has officially signed with the San Francisco 49ers. 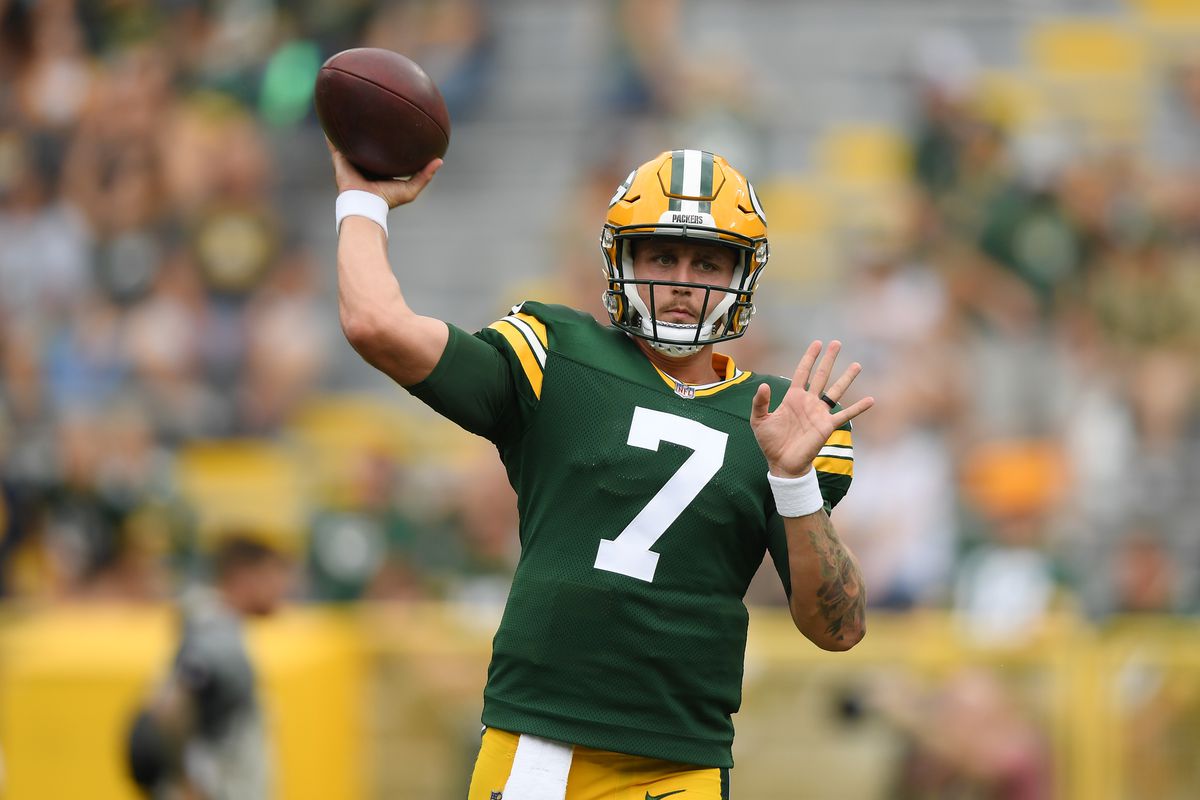 Per Mike Garafolo of the NFL Network:

Benkert had an unceremonious NFL debut, but he certainly made the Packers social media Hall of Fame.  Benkert suited up for Green Bay’s 45-30 win over the Chicago Bears in 2021 due to Jordan Love being on the reserve/COVID-19 list. Benkert checked into his first NFL game for the final two snaps, kneeling both times. Officially, he had two rushes for negative-1 yard.  This was his tweet afterwards:

Kurt Benkert joins a 49ers QB room that just lost Trey Lance for the season.  Jimmy Garoppolo will be the obvious QB1.  After that it’ll be Benkert Vs Brock Purdy, a 7th round draft pick in the 2022 NFL draft for the backup job.  A competition that Benkert could easily win.  Packer Nation will be rooting for you Kurt!!