The Green Bay Packers and Detroit Lions will face off in a prime-time Sunday night game with major implications. The path to the playoffs is simple for Aaron Rodgers and the Packers. A win against Detroit would clinch a playoff spot for Green Bay.

Detroit will also be fighting for the final NFC playoff spot. They need to beat the Packers and have the Seattle Seahawks lose to the Los Angeles Rams in order to make the postseason. 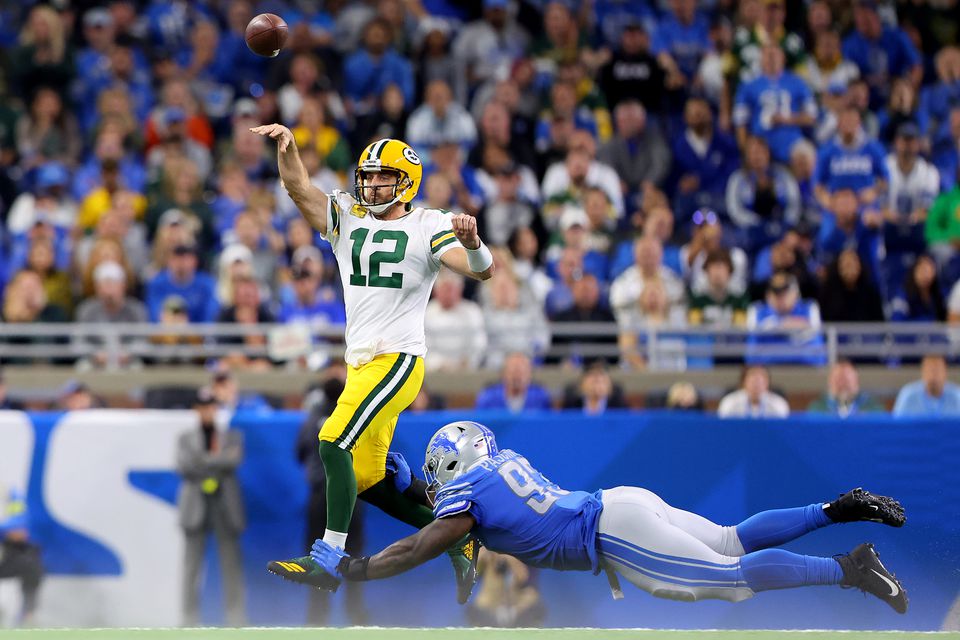 Both the Packers and Lions have plenty of motivation heading into Sunday night. However, the Lions are using words said by Rodgers earlier this season as extra fuel.

The words that irked Detroit can be traced back to Week 9 when the Lions beat the Packers 15-9. Aaron Rodgers threw three interceptions in that game and also had his lowest rating ever against the Lions (53.5). The loss to Detroit also marked the Packers’ fifth loss in a row.

After the game, Rodgers said, “We can’t lose a game like that against that team, so that’s going to hurt for a while.”

The Lions have only lost two games since Rodgers said those words. And they’ve taken Rodgers’ comments personally.

“He was talking a little smack, but that’s cool,” said Lions rookie linebacker James Houston, “We’re coming up as a team, you know what I’m saying? I don’t know how close they are, but I know how close we are. We’re gonna go out there and we’re gonna give it our all.”

“And when someone talks smack, you just lock that (expletive) up in the back of your brain and save that for Sunday. It’s right there in the back of my head.”

Aaron Rodgers has an 18-7 career record against the Lions. A 19th win against Detroit would send the Packers to the postseason. However, the Lions don’t seem ready to go down without a fight.