The Green Bay Packers have quite the task ahead of them.  Losing Davante Adams and Marquez Valdes-Scantling in the same off-season is less than idea.  On top of that Equanimeous St. Brown (who was WR5 at best) went to Chicago in free agency.  To lose three of your top five guys at one position in a single off-season is notable.  In order to help makeup for that loss, the Packers used three of their 11 draft picks on wide receivers. While Christian Watson, who was drafted in the second round is getting the most hype, fourth-round pick Romeo Doubs is the one turning heads during OTAs.  So much so that Aaron Rodgers had some things to say about the rookie. 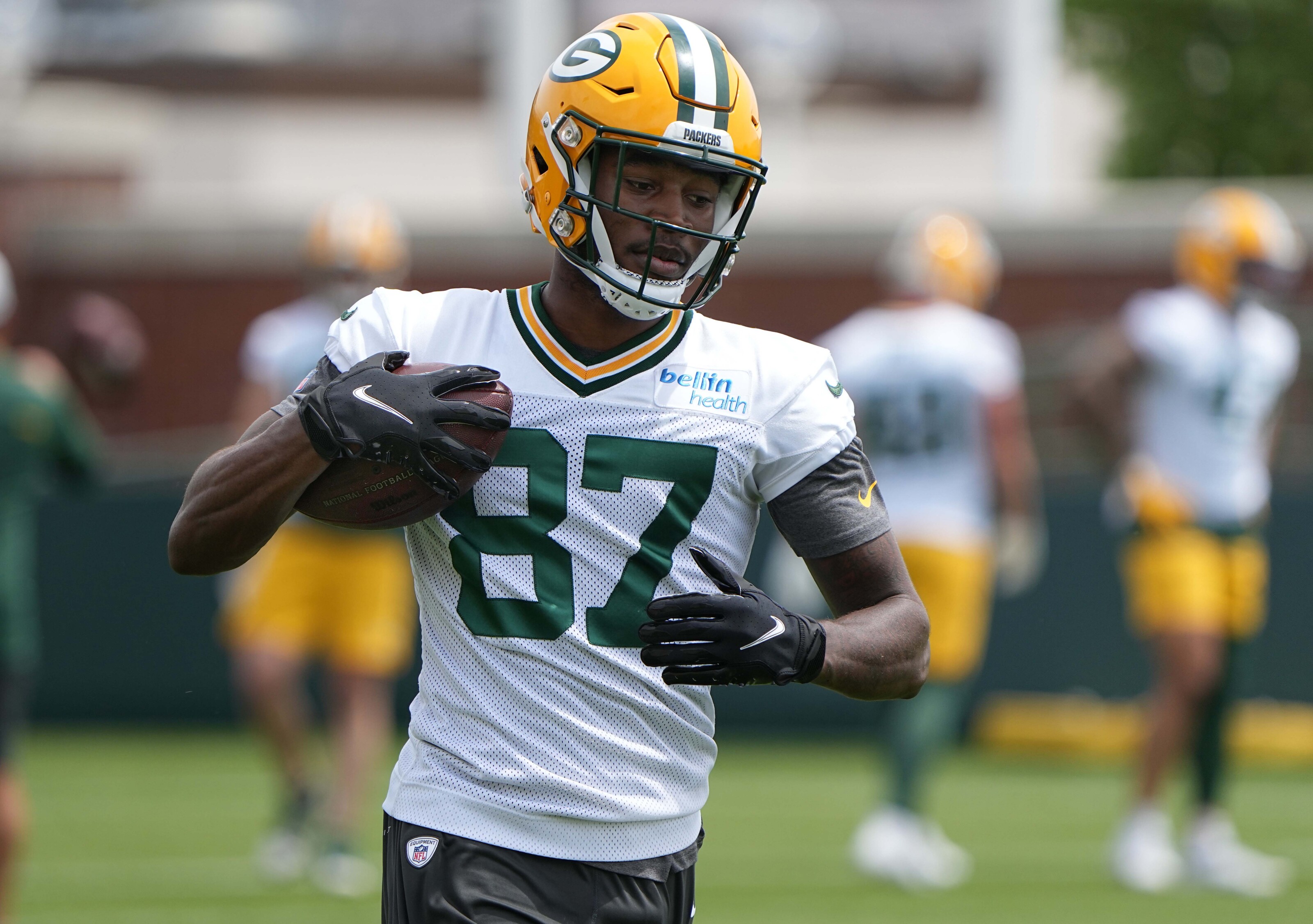 Aaron Rodgers on The NFL Network:

Romeo Doubs has had a really nice start to camp. Getting a lot of attention based on some of the plays he’s made. Like the approach, very understated kid, very humble kid…We all feel really good about Romeo and the start he’s off to.

That’s it, @aaronrodgers12 has got my vote for MVP already— three-peat, three-peat! Thanks for the tee up, @SteveMariucci! @nflnetwork #nfl pic.twitter.com/0YEC6iTSug

While there is no video footage of the drills at OTAs, there are plenty of reporters and analysts who are able to be in attendance. On Tuesday, Romeo Doubs made a sideline catch that brought back images of Jordy Nelson, whose number (87) now belongs to Doubs.  Social media has been reacting all week long about the rookie:

Stop me if you’ve heard this before: Romeo Doubs reels in a deep ball through contested coverage. Jordan Love rolled out to his left and flung one deep across the field to Doubs, who held on through the hand of safety Shawn Davis. Big cheer from a packed house.

Another day, another play by rookie WR Romeo Doubs. This time, it’s on a deep ball throw from QB Jordan Love. We will see if he keeps this up next week, but the fourth-round pick has made an eye-catching catch each day.

Jordan Love rolls out, extends and hits Romeo Doubs on a deep post. Good touch on the pass. Doubs had good separation and didn’t rush the catch.

It doesn’t happen very often, but it is nice to see Aaron Rodgers praise a rookie.  Especially at a position that has been a focus all off-season long.  Romeo Doubs has the potential to be a real part of this offense this year.  Especially if he continues to turn heads in training camp and into the pre-season.