Wisconsin Football has concluded their spring practices and now prepare for the start of the regular season. Like most Badger fans, I have questions about what this season and team could look like. I recently interviewed Ben Kenney to get answers to the questions I had. Ben is a staff writer for BadgerWire and covers Wisconisn sports for USA Today. He is also a co-host of Locked On Badgers with Asher Low. Below is my interview with Ben.

Do you see any potential concern with Jalen Berger and a majority of the running backs missing a portion or most of the spring season?

Ben: “I don’t. Spring is always a great time to work in position groups, get back on the field and start preparing for the next season. But as long as those injuries aren’t serious, which I doubt they are, the whole room should have more than enough time to prepare during summer ball and fall camp. Injuries are understandably treated with extreme caution in the spring and that is what I believe to be the case here.

Who are some newcomers you could see having an immediate impact the way Jalen Berger and Nick Herbig did last season?

Ben: “This is a hard one because of two reasons. First, Berger and Herbig were two of the most important players on the field last year for the Badgers. But second, they saw time because of the team’s youth, injuries and COVID problems.

Because of the team returning so much talent and experience, it’s unlikely we see many freshmen on the field. But if there’s one or two to watch, it’s OLB TJ Bollers and S/LB Braelon Allen. Both are physical freaks at their positions. And although the team is loaded at OLB and ILB, both may be too good to keep on the sideline.”

When the fall camp begins, what are some position battles you’ll be looking at closely?

Ben: “The first one is easy and that’s defensive end. The Badgers said goodbye to starters Isaiahh Loudermilk and Garrett rand after 2020 and need to replace their snaps. Matt Henningsen will likely start at one of the spots with Isaiah Mullens, Rodas Johnson and transfer Isaac Townsend battling for the other. We’ll likely see a rotating cast next to Henningsen, but it’s definitely the biggest position battle to watch.

The second for me is running back. Jalen Berger will obviously start this season, but who emerges as the clear No. 2 is an important piece of this offseason. Isaac Guerendo, Julius Davis and Brady Schipper are the candidates as of today, but a lot can change between now and September.”

Ben: “Undoubted strengths: inside linebacker (Sanborn and Chenal), tight end (Ferguson and Eschenbach) and the entire offensive line. Those three positions will play a massive role in the team’s success. There are several other spots that will be really solid, but when it is all said and done, it’ll be TE, ILB and the OL that brings the team its success.

In terms of potential concerns, the first is at quarterback. I don’t say that because I don’t believe Graham Mertz will improve upon his 2020 campaign, but I need to see it happen on the field. We saw what happened last year when he struggled. I do believe he’ll be much improved, but the position is a mild concern heading into the fall just because of how important his play will be.

The only other position I’m really concerned about is defensive end just because of the unknowns after losing both of last year’s starters. Aside from that, this is a deep and talented roster that shouldn’t have any significant weaknesses.”

Who do you think is in the best position to back up Jalen Berger as the #2 running back? 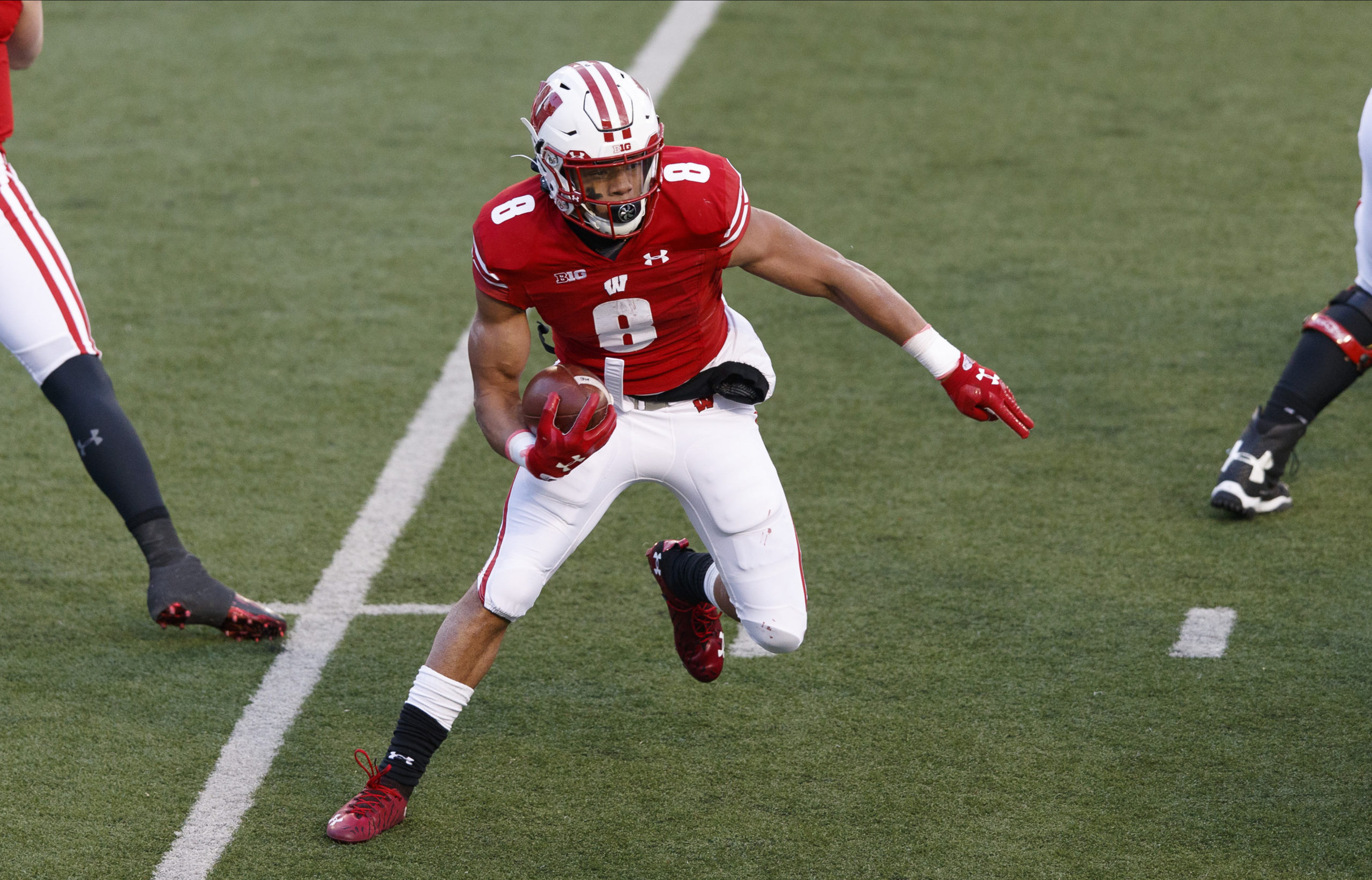 Ben: “Right now, I think it’s Isaac Guerendo. Reports are out there of Wisconsin looking at former Clemson RB and four-star recruit Chez Mellusi so their work in the transfer portal may not be done quite yet. On this current roster, though, Guerendo appears to be the best of the ‘others’ at running back and has a great shot to be the primary backup.”

What are some games on the schedule that stick out to you the most?

Ben: “Well No. 1 is September 25 against Jack Coan and Notre Dame because of obvious reasons. I wish we could’ve seen one more Coan season at Wisconsin but we weren’t able to. Although I want Wisconsin to win that game, I also want to see Coan put out a really good performance.

Aside from that, the Big Ten West will likely come down to October’s home matchup with Iowa. Wisconsin received an extremely favorable schedule overall and much of that is due to them getting most of their challenging games at home. That Iowa game (plus the season-ender at Minnesota) will likely define the Badgers’ season.”

What is your early season prediction for the Badgers? Do they make the Big Ten Championship and possibly win it?

Ben: “To me, this is a 10-2 football team with their two losses coming to either Penn State or Michigan (one of the two) and another to either Notre Dame, Purdue (trap game) or Iowa. But I think they have the firepower to win the Big Ten West and face off against Ohio State (most likely) in the Big Ten Championship.

Do they win it? I have no clue. But this will be a much-improved football team and has an inside shot at winning the west.”

A big thank you to Ben Kenney!