What To Expect From the Packers in NFL Free Agency

It Doesn’t Matter How Many, Just Sign the Right Players.

It does not matter how many players a team signs in free agency. It is about what impact they will make. In 2019 the Packers signed numerous free agents. But, they all made a huge impact on the team, which is the important part. Indeed a good example is Rick Wagner, he was not a popular signing, but he helped the Packers when injuries affected the offensive line. That is how the Packers have operated recently and the results have been good. The Packers will hopefully sign the right players that are going to contribute to the team. Pictured below are every team’s cap space for 2021.

Packers will be active, but won’t “throw” their money at players

The Packers are going be active in free agency, but are going to be careful. Green Bay is a little strapped for cash due to their cap space. Now on the other hand, they stated they can make it work if they see a guy they want. Teams with good cap space are going to be on a shopping spree and give out big money to players. The Packers can do it, but again to the players they certainly want and who will help the team. Green Bay is not going to be as active as people and experts want them to be. Still they will be looking to improve the team in free agency. 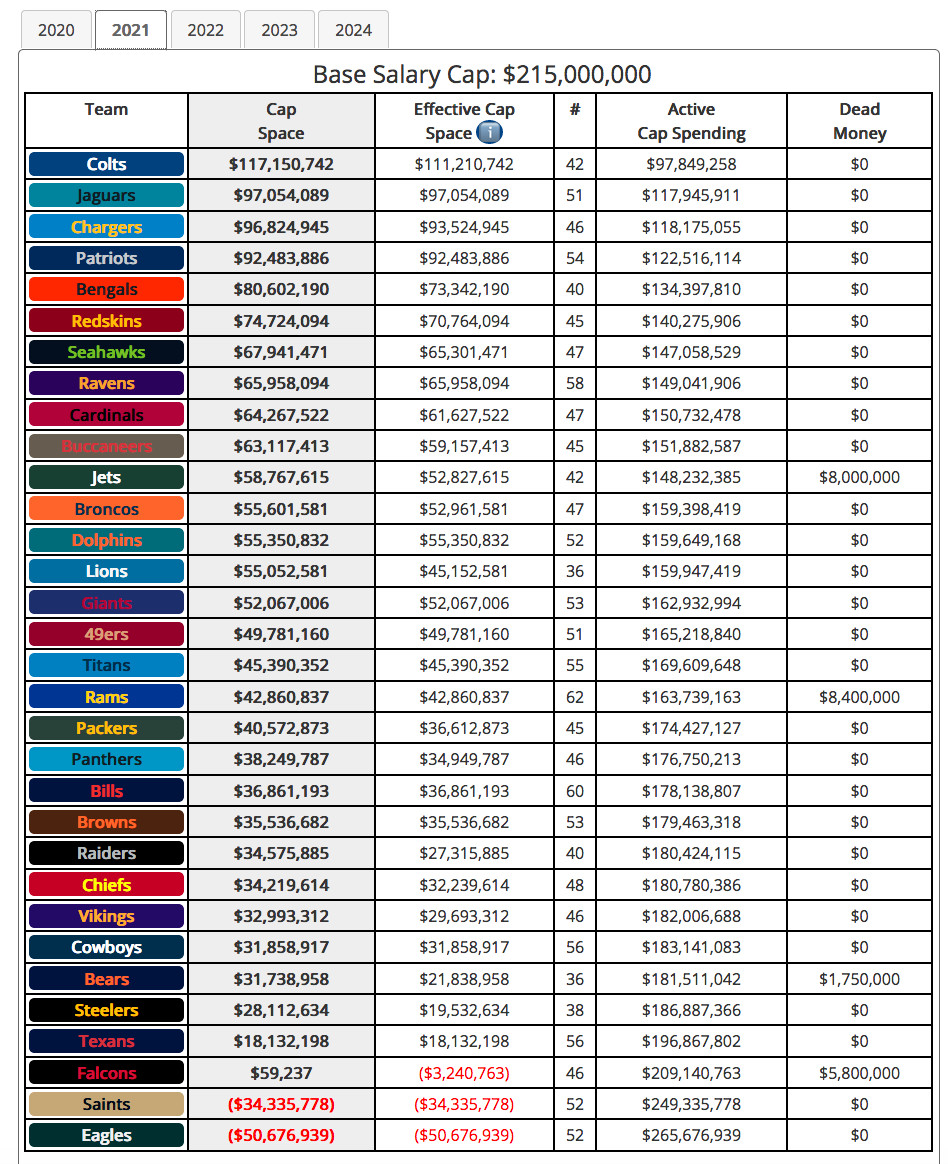 Looking at Veterans Who Want to Chase a Championships

A number of veteran NFL players are indeed going to be available. This is where the Packers can really take advantage. The Packers have a good young core already and can add good veteran experience to it. There are lots of players in the twilight of their careers looking to be on a contender to win a championship. The Packers could really look at this route because again, they have a pretty solid young core right now. Veterans like Jurrell Casey, Marvin Jones, Desean Jackson, Patrick Peterson, Richard Sherman etc. Cornerback Casey Hayward is now available. The Packers should have a focus on veterans who have good football left in them and want to be on a contender.

Certainly, there is going to be chirping and lots of it from the sports media and fans. Everybody wants the Packers to do what they did in 2019. Here is the thing, the Packers cap space is way different now than it was two years ago. Understandably, their cap space is not all great so the signings will be limited. Brian Gutekunst will make offers to players as he has done last off-season, but it is the players choice in the end. Gutekunst cannot force players to want to come here, it’s their decision in the end. Yes, the Packers should be aggressive but at the same time they have to be patient and trust the process. We will see what all happens starting this week.

Follow me @CarlosS29143608 and follow us @WiscoHeroics1 for more great content. Checkout our merch page. Use the promo code WISCO at checkout for $1 off! For more articles and to keep up on all of your favorite sports Wisconsin click here!