Could the Packers Reunite with Casey Hayward? Casey Hayward, the former Packers’ cornerback, was released by the San Diego Chargers this weekend.  With the Packers in need of cap-friendly cornerbacks behind Jaire Alexander, is it possible that a reunion could eventually happen?  It may a situation that benefits both parties.

Casey Hayward with the Packers

Casey Hayward was drafted by the Green Bay Packers in the second round of the 2012 NFL Draft.  In his rookie season, he made an immediate impact with six interceptions and a forced fumble.  Unfortunately, that would be his best season with the Packers.  Under Dom Capers’ bend but don’t break defense, cornerbacks were often exposed.  As a result, he was not offered another contract after his four-year rookie deal expired.

Despite this, Hayward was an exciting member of the Packers’ 2014 team that came oh so close to a Super Bowl appearance.  That year, Hayward was coming back from an injury-shortened 2013 campaign.  He finished the year with three interceptions and two fumbles recovered.  One of those fumbles he took back for a touchdown. 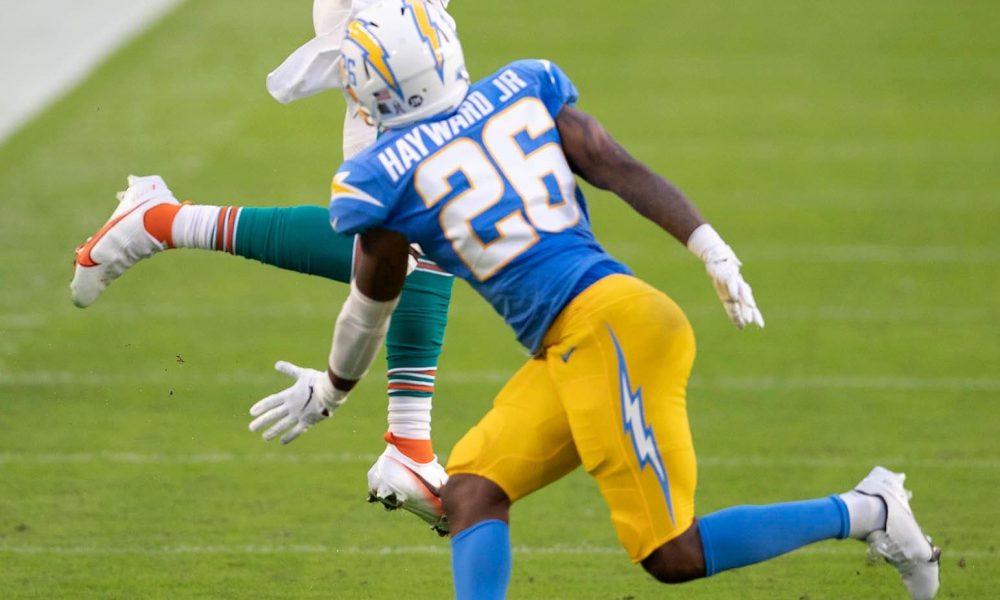 After the Packers declined to bring him back, Casey Hayward signed with the San Diego Chargers.  From 2016-2017, he was one of the best cornerbacks in the game.  He made the Pro Bowl in both seasons and led the NFL with seven interceptions in 2016.  Additionally, Hayward deflected 20 more more passes in each of those two seasons.  Over the last three years, though, Hayward’s production has declined as the Chargers’ defense failed to produce around him.  Now, as many teams struggle to get under the lowered salary cap, he is a cap casualty and free agent.

Why a Reunion Makes Sense

Despite Hayward’s down seasons, the Packers could look into bringing him back, fully expecting him to bounce back.  Over the past three seasons, despite the lack of turnovers, Hayward has been an effective coverage corner.  In 2020, opposing quarterbacks only completed 49.4% of their passes when targeting Hayward.

Another reason a reunion would make sense is new defensive coordinator Joe Berry.  Dom Capers is gone, as is Mike Pettine.  Both of the Packers’ former defensive coordinators utilized bend but don’t break defenses, which make life difficult for cornerbacks.  Berry claims that his defense will be aggressive, that the days of bending are over.  This is the kind of system that Hayward could thrive in.

Finally, Hayward’s recent seasons would indicate that he will be a very cap-friend signing.  He will demand much less on the open market than other cornerbacks such as Xavier Rhodes and Richard Sherman.  Even if he is brought in as a nickel corner, he will be a huge upgrade from the players have had in that position in recent seasons.