Drafting players into the NBA is an unreliable science. Every team has its fair share of draft night misses and the Milwaukee Bucks are no exception. Below is a history of draft-night misfires that left both the team and its fans wondering, “What if:”

Gary Freeman played all of one season in the NBA. The Bucks traded their top draft pick after he played 41 games with team, averaging 3.7 points and 2.4 rebounds in only 8.2 minutes per game. He was traded to the Cleveland Cavaliers with whom he played 11 more games in 1970-71. He did not play in the NBA again after that season.

Nate “Tiny” Archibald was drafted by the Cincinnati Royals and averaged 16 points, 3 rebounds, and 5.5 assists in his rookie season. He went on to have a storied NBA career and was named one of the 50 greatest players in NBA history in 1996. Of course, he did end up coming to Milwaukee eventually… in the last season of his Hall of Fame career. He averaged 7.4 points and 4.6 assists in 46 games with the Bucks in 1983-84.

Russell Lee had a slightly longer career in the NBA than Gary Freeman, by a whole two seasons. Lee appeared in 46 games in his rookie season and averaged 2.8 points and less than one rebound and one assist per game. He appeared in fewer games in 1973 before playing just 15 games for the New Orleans Jazz in 1974, which would be his final NBA season.

Paul Westphal may not be a name remembered by many fans and his time in Boston was not productive. However, after Boston traded him to the Phoenix Suns, he went on to average over 20 points a game for five seasons in a row. Westphal was also a five-time NBA All-Star. He ended up playing for 12 seasons in the NBA with an average of 15.6 points per game. Westphal was inducted into the Naismith Basketball Hall of Fame in 2019.

*Note: This draft is better remembered as the draft in which the Bucks drafted Julius Erving, who opted to play in ABA instead. 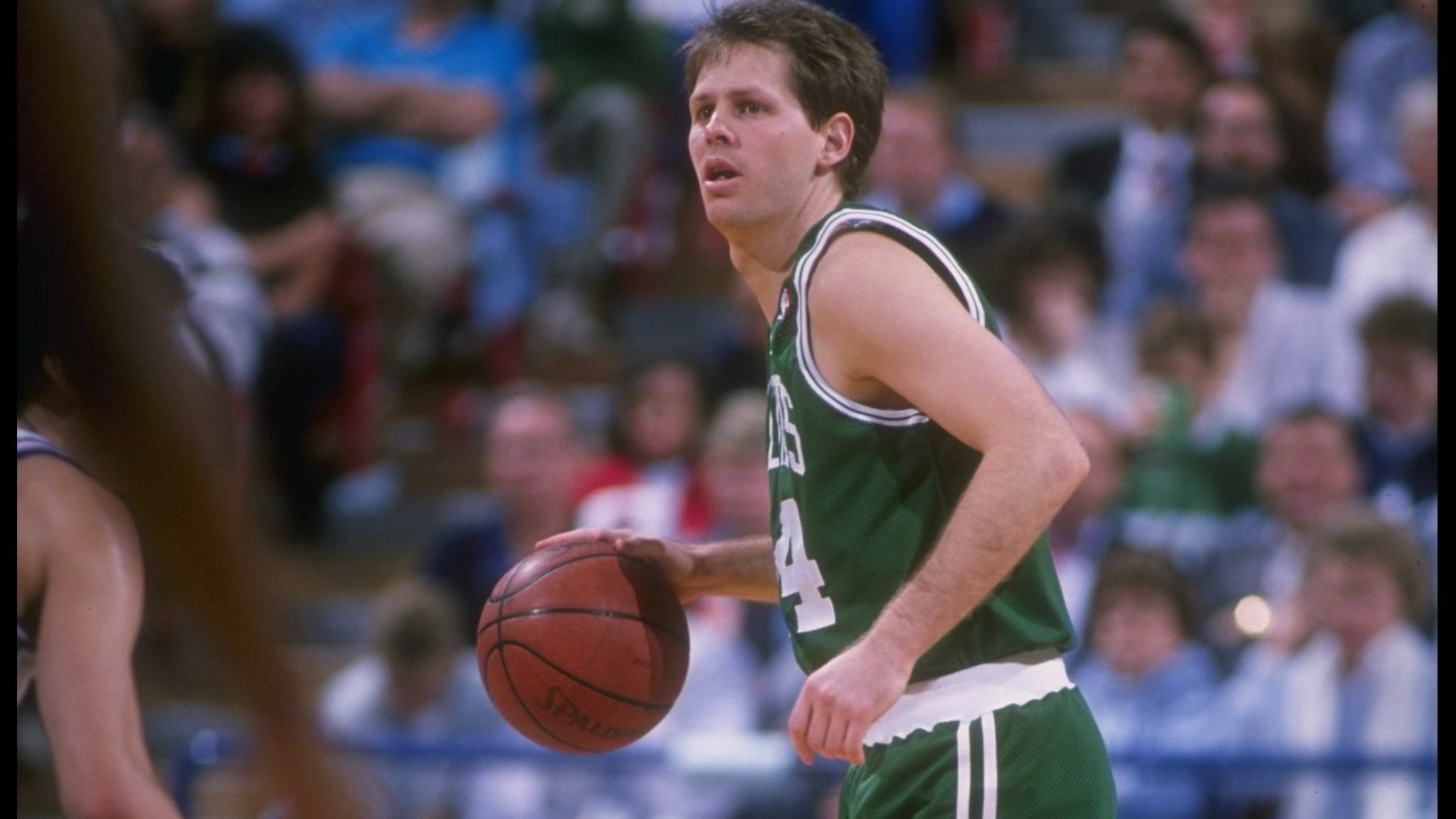 Alton Lister had a very long pro career. He spent 17 seasons in the NBA, seven of which he spent in Milwaukee. Lister was, by all accounts, an average pro who came off of the bench for the majority of his career. He averaged 6.6 points and 6.3 rebounds during his long career.

Lister’s place on this dubious list is in no way a reflection of his lack of production and professionalism. His longevity in the NBA is a testament to the kind of player that he was. Danny Ainge was drafted in the second round by the Boston Celtics. While he was never an All-Star, his impact on the championship teams the Celtics had in the 1980s was significant. Ainge had a 15-year NBA career and was a one-time All-Star. 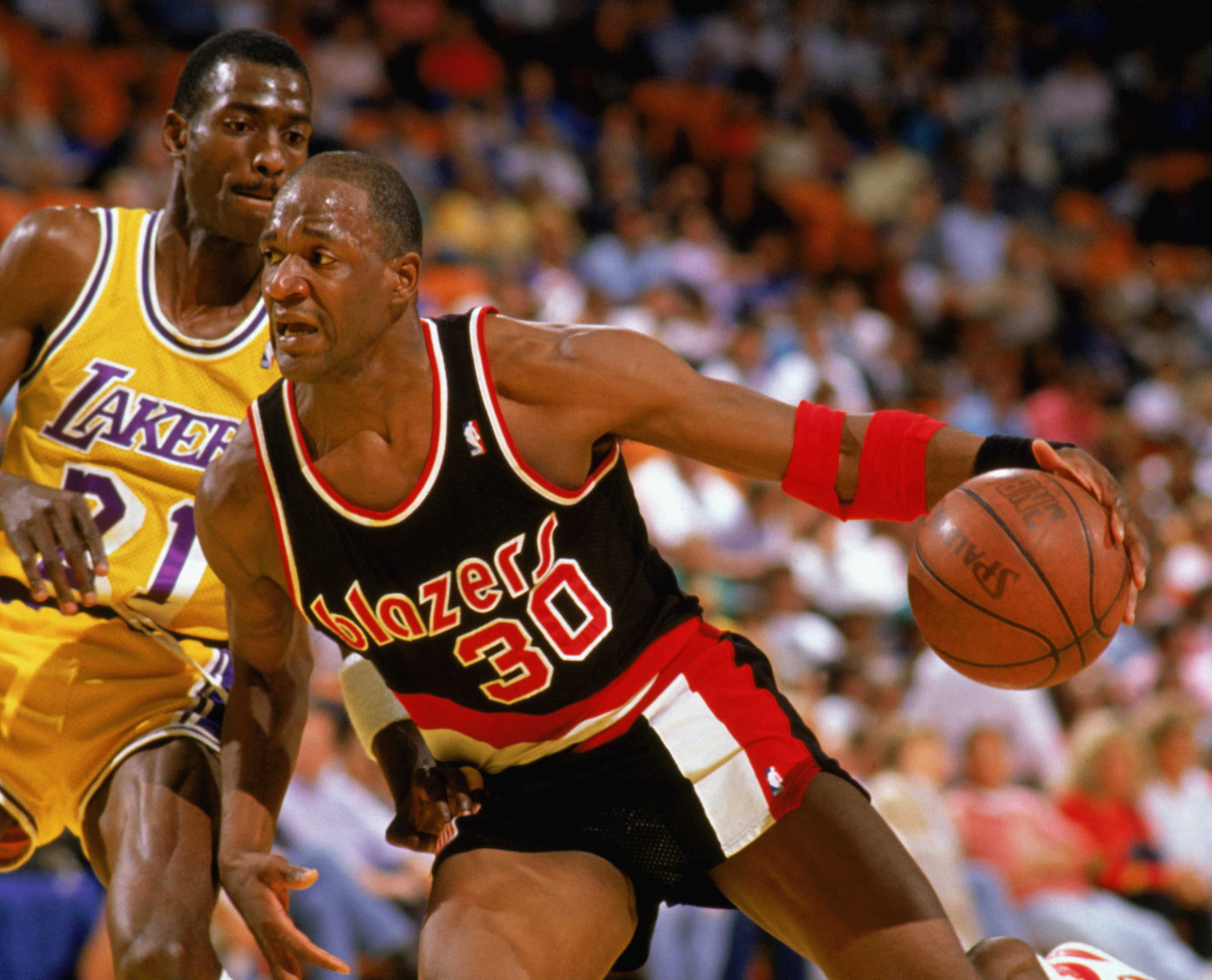 Jerry Reynolds played seven injury-plagued seasons in the NBA. His best seasons were spent in Orlando from 1989-1992, where he averaged over 12 points in each season. He never averaged more than 8 points per game for the Bucks.

Terry Porter is from Milwaukee and went to college at UW-Stevens Point. He played 17 seasons in the NBA and was a two-time All-Star. His best seasons were with Portland with whom he averaged 14.9 points and 7 assists per game. Porter was the head coach of the Milwaukee Bucks for two seasons. In 2003, he guided the Bucks to a 41-41 record and a playoff appearance. The team went 30-52 the next season and Porter was fired.

Scott Skiles had a solid NBA career, but only played one season for the Bucks. Skiles only played in 13 games in 1986 before being traded to the Indiana Pacers. The Orlando Magic drafted Skiles in the 1989 expansion draft. Skiles spent 10 seasons in the NBA before becoming a coach. He was the head coach of the Milwaukee Bucks from 2008-2013. The Bucks had only one winning season under Skiles (2009-2010) and were eliminated in the first round of the playoffs that year.

Dennis Rodman was one of the most controversial players to ever play in the NBA. He was also, however, one of the greatest rebounders the league has ever seen. Rodman led the NBA in rebounds seven times during his 14-year career. He was a two-time All-Star who averaged over 11 rebounds per game 10 times. He ended his career as a 5-time NBA champion and 23rd on the all-time rebounds list. 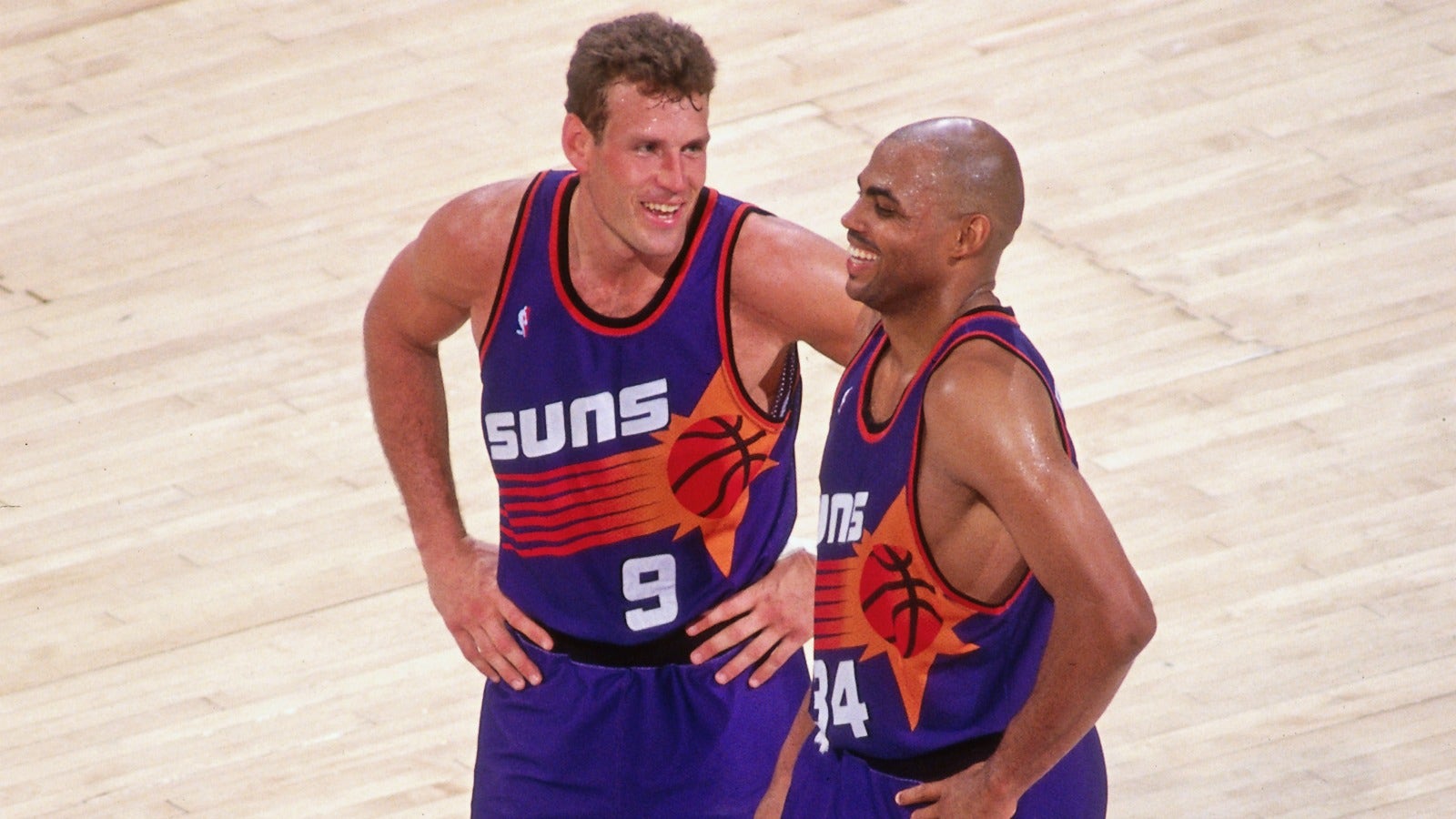 Jeff Grayer played 10 seasons in the NBA, four of which were spent with Milwaukee. He never averaged more than 9 points per game while spending time with five teams.

Dan Majerle was a three-time All-Star with the Phoenix Suns and spent 14 seasons in the NBA. He averaged over 10 points a game eight times and, unlike Grayer, was a reliable starter for a good portion of his career. 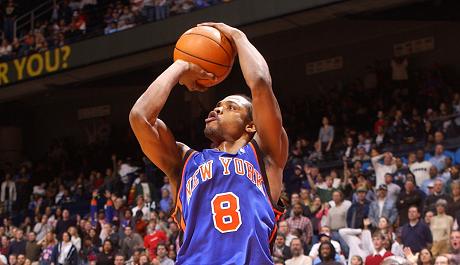 The Bucks used their top 10 draft pick in 1992 to draft Todd Day. Day went on to have a decent NBA career averaging 12.3 points over nine seasons. They used their second first round pick to draft Lee Mayberry, who seven seasons in the NBA. He averaged just over five points per game as a bench player.

Latrell Spreewell spent 13 seasons in the NBA and was a four-time All-Star. He was a controversial player who routinely disrespected his coaches, infamously choking his coach PJ Carlesimo during practice. He was, however, a far more productive player than any of the two players the Bucks drafted in the first round before him. Spreewell ended his career with averages of 18.3 points, 4.1 rebounds, and 4.0 assists per game. He never averaged under 12 points per game for a season and averaged over 20 points per game four times.

Due to his behavior, some may not think of this as a draft night miss, but the Spreewell’s production far exceeds that of either of the two players the Bucks picked instead of him.

The 1995 draft might just be one of the worst draft night misses the Bucks ever had. Gary Trent played 10 seasons in the NBA (none for the Bucks) and averaged double figures six times. Shawn Respert, who they eventually received for him, played six seasons and ended his career with an average of 4.9 points. He only played one and a half seasons in Milwaukee.

Eric Snow, their first second round draft pick, ended up with a 14-year NBA career. He did not play for the Bucks at any point during that time. His career averages are not stellar (6.8 points and 5.0 assists per game), but he was a key part of the 2001 76ers team that defeated the Bucks in the Eastern Conference finals.

Michael Finley played his college ball at Wisconsin and went on to have a 14-year NBA career. A two-time All-Star, Finely was part of the Big Three in Dallas that included Steve Nash and Dirk Nowitski. He ended his career with averaging 15.7 points and averaged over 20 points per game five times.

Aurelijius Zukauskas, the player the Bucks received for Eric Snow, never played a game in the NBA.

In perhaps one of the worst draft-night misses in NBA history, the Bucks traded Dirk Nowitski for Robert “Tractor” Traylor. Traylor had a seven-year NBA career, two seasons of which were spent with the Bucks. He ended his career with averages of 4.8 points and 3.7 rebounds. Of course, the deal was made prior to the draft and Milwaukee essentially picked Nowitski for the Mavs.

Dirk Nowitski went on to have one of the greatest careers in NBA history, spending all 21 seasons with the Dallas Mavericks. A 14-time All-Star, 1-time MVP, and 1-time Finals MVP, Dirk averaged 20.7 points and 7.5 rebounds for his career. He averaged over 20 points per game 13 times. The only seasons in which he averaged less than 12 points per game were his first and last seasons. 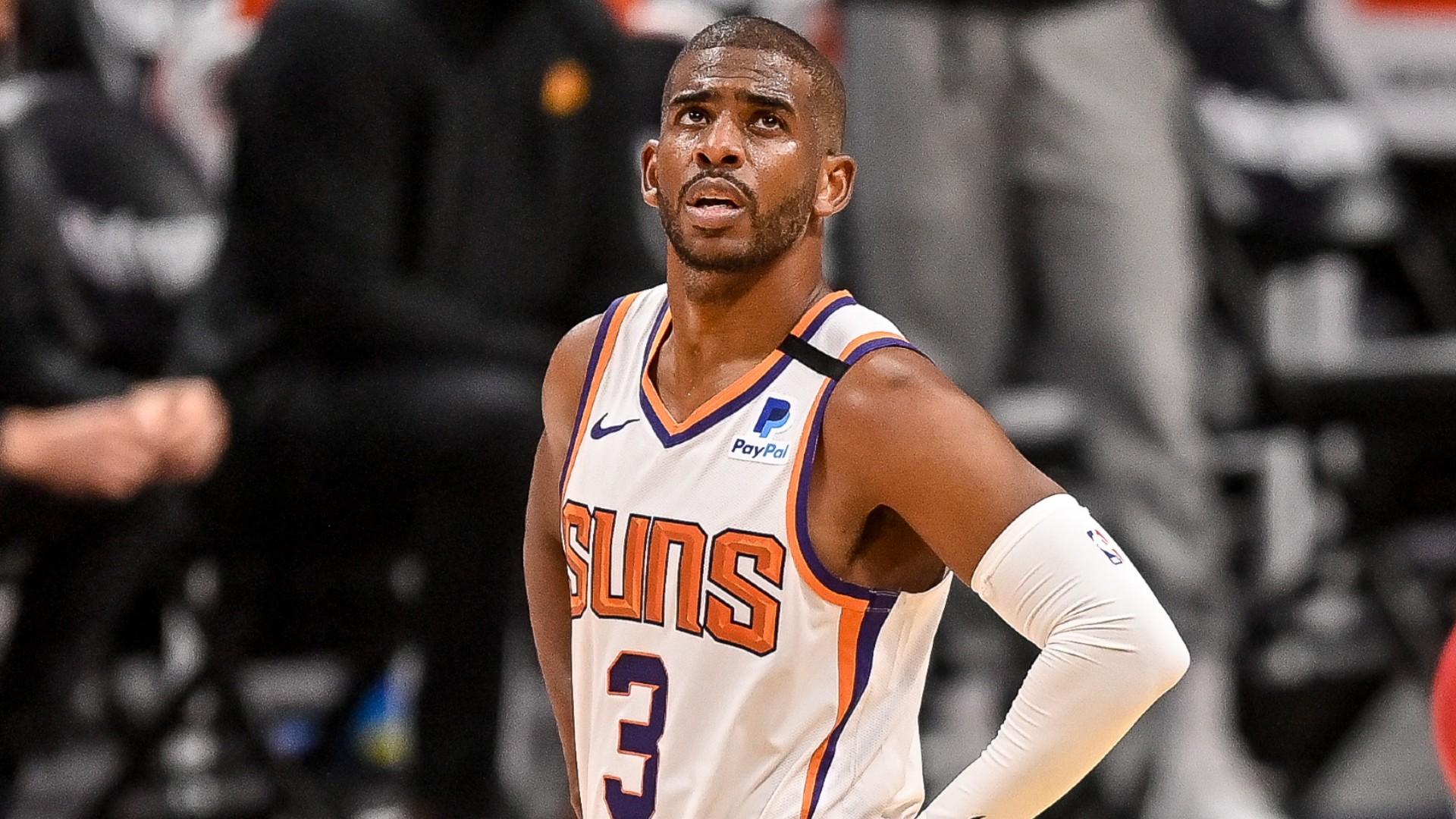 Andrew Bogut did not have a bad career. Some people may not even really consider this a draft night miss. He ended his career with averages of 9.8 points and 8.7 rebounds. These numbers, however, are not the numbers a team hopes for from a number one overall draft pick. He spent seven seasons with the Bucks and averaged over 10 points per game in each season except his rookie campaign. Bogut also led the league in blocked shots per game as a member of the Bucks in the 2010-2011 season. He became a valuable role player and won an NBA title as a member of the Golden State Warriors.

Chris Paul, who is still an active player, has had one of the best careers of any point guard in league history. At this point in his career, he has averages of 18.1 points and 9.5 assists per game (14.7 points and 10.8 assists this season). He is a 12-time All-Star (his tenth coming this year) and is currently seventh on the all-time assists list.

Related: 5 players the Bucks could draft with the 24th overall pick