The Green Bay Packers got back on the right track on Sunday evening with a 27-10 win over the Chicago Bears. In a must-win game, the offense showed glimpses of their potential, which was exciting to see. The defense, however, still has a lot of work to do to get where they are expected to be. Joe Barry will have the opportunity for redemption this Sunday as Green Bay makes the trip to Tampa. It is another daunting task for the Packers as they faceoff against the seven-time Super Bowl champion, Tom Brady. Thing have not been all sunshine and rainbows for the 45 year old quarterback, though. Could this be the break that the Packers need to win? Let’s take a look at three things we could see on Sunday afternoon: 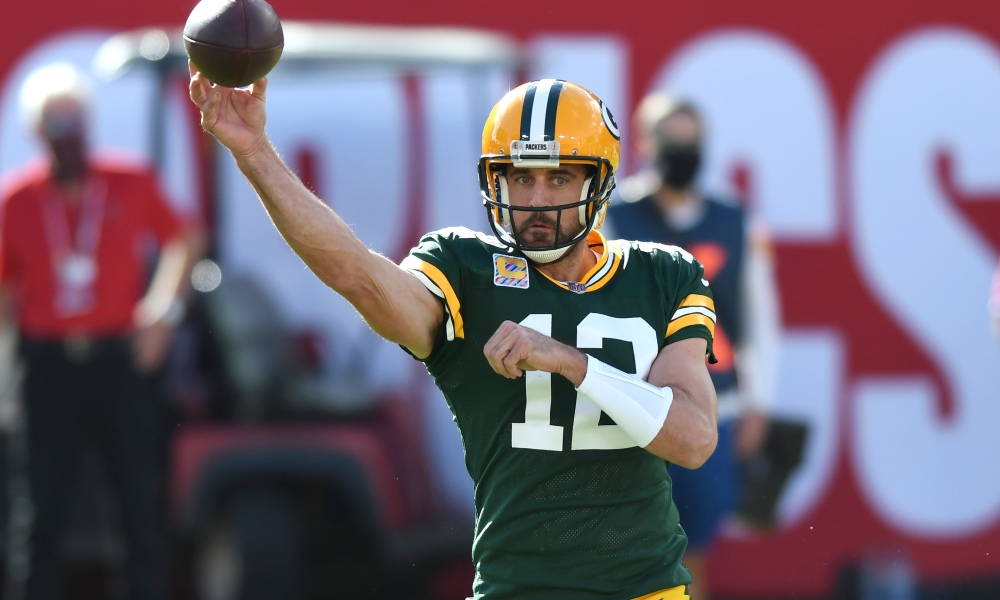 This does not seem to be too bold of a prediction, rather more of an expected prediction. Although the Buccaneers have lost talent on their defense, their front seven is still one of the best in football. This is going to make things difficult for Aaron Jones and AJ Dillon to have production out of the backfield. I was very happy with Aaron Rodgers’ distribution on Sunday night amongst his receivers. Again, this is the potential that the offense has. In a perfect world, I would hope that Matt LaFluer rolls with a similar game plan on Sunday. Even if Jones and Dillon struggle to run the ball, they are just as effective coming out of the backfield on dumps and wheel routes. If Green Bay wants to win Sunday, put the ball in Rodgers’ hands and let him do his thing.

Leonard Fournette Rushes For Over 150 Yards Green Bay’s run defense has been extremely subpar in the first two weeks of the season. In week one, Dalvin Cook rushed for 90 yards, and week two, David Montgomery rushed for 122 yards. Things do not get better this week as the Tampa Bay Buccaneers possess a downhill bruising running back in Leonard Fournette. He was a standout running back for LSU who has gotten his career back on track in Tampa Bay after being released by Jacksonville. With Tom Brady not having Chris Godwin or Mike Evans, look for Leonard Fournette to have at least 20 carries. I hope I am wrong with Fourette having over 150 yards rushing. But, after what we have seen the past two weeks, this run defense is nowhere near where they ought to be.

The Packers could not have asked for a tougher first three weeks of the season. But, for a team looking for an identity, this might be what they need. The Packers are 0-2 against Tom Brady in his tenure as a Buccaneer. However, with Brady’s offseason issues, and the suspension of Mike Evans, I think that are too many distractions going on in Tampa Bay. Leonard Fournette will keep the Buccaneers in the game. If the Packers can distribute the ball like they did against Chicago, I think they will be in good shape. In the end, I do see Green Bay finally getting their revenge and taking down their NFC South opponent, thanks to a game-winning-kick by Mason Crosby.