In the early years of the 20th century he was the revered, adopted son of northern Wisconsin. Specifically, he was an icon to the tribal members of the Bad River Reservation, just east of Ashland. He was Charles Albert “Chief” Bender, a Major League Baseball player who pitched his way into the Hall of Fame. 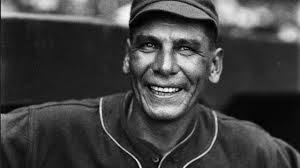 Long before the Braves moved from Boston to Milwaukee in 1953, Chief Bender gave our little corner of the upper Midwest a rooting interest in big-league baseball.

Carole Kraft was just 11 when Bender passed away in 1954. But he was more than just a great uncle to her. He was one of the greatest major-league pitchers of all time.

He was born in Minnesota, but Carole and all Chippewa of the Bad River Band can hold claim to Bender, the first – and perhaps only – Native American elected to the Hall of Fame.

After all, he was a member of the sprawling Ojibwe Nation, extending from the Dakotas, across Minnesota and Wisconsin and into Michigan.

William Bender, Carole’s grandfather, was Chief Bender’s half-brother, and to this day the legendary pitcher still has many relatives in Bad River who survive him.

Carole knows the nickname, “Chief,” was not of his own choosing and never something the star pitcher embraced. The white establishment among America’s sporting public at the turn of the 20th century had branded him with the name, “Chief.” He never welcomed it, but grudgingly accepted the label.

“I know he didn’t like it, but we know him now by [Charles] Albert Chief Bender,” Carole said, of the stereotypical nickname thrust upon him as a young player. “The crowds that would hoot and holler Indian calls, and he’d call them ‘foreigners.’ That was many years ago, which I am proud of.”

Chief Bender was born on May 5, 1884 on the White Earth Chippewa Reservation in Brainerd, Minn., in Crow Wing County.

He was the fourth oldest of 11 children born to Mary Razor, a Chippewa and Albert Bliss Bender, a homesteader-farmer of German-American descent. Mary’s Ojibwe name was, “Pay show de o quay.”

Carole never had a chance to meet her famous great uncle and admits to not being a baseball fan as a young girl growing up in Bad River. But as Carole grew, so did her interest in Chief Bender.

Carole had worked for the Bureau of Indian Affairs and was transferred to White Earth as a project director, where she did research on Chief Bender’s life. He and his wife, Marie, were married 40 years but never had children.

“I am very proud, and I would like to know more about him,” Carole said. “I wish he would have had children and grandchildren we could have talked with.”

Carole had five brothers and three sisters. Only Carole and her sister, Kathy Ashmun, survive. Carole said her father, Vincent, visited the Baseball Hall of Fame in Cooperstown N.Y. and was moved by the plaque and memorabilia devoted to Chief Bender.

Bender had many friends as well as relatives in Bad River and visited frequently in the off season.

“My father was very, very proud of him,” Carole said. Carole’s father told her of the visits Chief Bender made to Bad River to spend time with his brother, William.

“My father said he would come to the Reservation in this big, fancy silver car,” Carole said of the sleek Pierce-Arrow Chief Bender owned. “He came to visit my grandfather (William) here on the Reservation.”

That would have been a drive of about 1,200 miles for Chief Bender, given that he lived most of his adult life in Pennsylvania.

Bender, 6-foot-2 and 185 pounds, was a two-time 20-game winner and had a lifetime major-league record of 212-127, with a sparkling earned run average of 2.46. He struck out 1,711 batters, recorded 40 shutouts and 255 complete games in an era when pitchers were expected to finish what they started.

He was considered a control pitcher with great command, but in his early days his fastball was considered second only to the legendary fireballer Walter Johnson.

Baseball historians have not determined who invented the pitch known today as the “slider,” but most agree that Chief Bender was the first throw it in a major-league game. In Bender’s day the pitch was called the “nickel curve.”

1981 saw Lawrence Ritter and Donald Honig co-author a book titled, “The 100 Greatest Baseball Players of All Time,” and Chief Bender was included among them.

In 1911, Bender tied a record by pitching three complete games in a single World Series. He was elected to the Baseball Hall of Fame in 1953, but on May 22, 1954, at age 70, he died of prostate cancer before his induction.

Only 52 Native Americans have played in the major leagues in the history of baseball. For many years, outfielder Zach Wheat (1959) was believed to be the only other Native American enshrined in the Hall of Fame. But according to the Society for American Baseball Research, it is unlikely that Wheat was of Cherokee descent as once thought.

Bender is buried in the Philadelphia suburb of Roslyn. He was well-liked by his fellow players. It was said of the Chief that he never made an enemy in baseball or his personal life.

His longtime roommate on road trips, Rube Bressler, called him, “one of the kindest and finest men who ever lived.” And the great, but racist Hall of Famer Ty Cobb – often critical of opponents and teammates alike – called Bender the most intelligent pitcher he had ever faced.

“He was very intelligent, very smart,” Carole said. “He was in the textile business, and he knew diamonds and jewelry.”

But, of course, he wasn’t perfect. In 1912 Bender, with a 13-8 record and 2.74 ERA, was suspended by the A’s late in the season for nearly 40 games for alcohol abuse. The A’s added a clause in his next contract demanding he abstain from drinking in order to be paid his full salary.

Early in his playing career, Bender also worked in a sporting goods store in Philadelphia. And in 1914 he opened his own store, Bender Sporting Goods. After his playing days, he worked those businesses and also served as a minor-league-manager, coach and scout for the New York Giants and Athletics.

Connie Mack was Bender’s manager with the Philadelphia A’s for 12 seasons. Mack, who managed for 50 years, won more major-league games (3,731) and lost more (3,948) than any skipper in baseball history. Mack said he had never managed a better pitcher than Bender.

“If everything depended on one game, I just used Albert – the greatest money pitcher of all time,” Mack said of Bender. “I’d tell Albert when I planned to use him in a crucial series. Then I relaxed. He never let me down.”

Bender was educated at the Carlisle Indian Industrial School in Pennsylvania; the same school attended by the great Jim Thorpe. Later, Bender got his degree from Dickinson College in Carlisle.

Legendary Coach Glenn “Pop” Warner was impressed when he saw Bender, just 16, pitching indoor batting practice. Warner was Carlisle’s baseball and football coach. Pop was so taken with the pitching of the lanky right-hander that he immediately promoted Bender to Carlisle’s varsity. 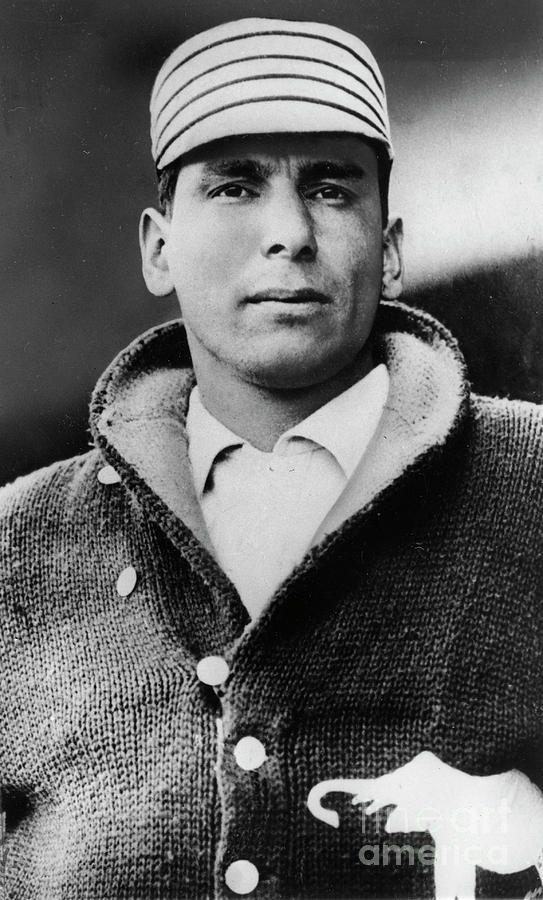 In 1902, Bender was playing for a semi-pro team in Harrisburg, Pa., just a short drive from Carlisle, when Connie Mack saw Bender shut out the Chicago Cubs, 3-0, in an exhibition game. The next season, Bender was in the major leagues with Mack’s Athletics. But “the greatest money pitcher of all time,” was paid just $1,800 by Mack in his first season, which would be about $60,600 in today’s dollars. Decent, but a paltry sum by 2022 standards.

In his baseball career Bender was never paid more than $2,400 a season. Today’s pitchers with Hall of Fame credentials such as Bender’s, make about $20 million a season.

However, when Chief Bender won two games to beat the New York Giants in the five-game 1911 World Series, Mack showed his appreciation by giving his ace pitcher a $2,500 bonus to pay off the mortgage on his house.

As a 19-year-old rookie, Bender went 17-14 with 29 complete games, a 3.07 earned-run average, and a victory over the great Cy Young. Two years later, Bender was 18-11 with the pennant-winning A’s. He pitched Philadelphia to its only victory in the 1905 World Series, shutting out “Iron Man” Joe McGinnity and the Giants, 3-0. He lost his other start in the Fall Classic to fellow future Hall of Famer Christy Mathewson, 2-0.

Bender continued to improve over the next few years, peaking in 1910 with a 23-5 record and 1.58 ERA. That marked the eighth year in a row in which he lowered his ERA from the previous season. Also, that season, he pitched a no-hitter against Cleveland. That’s right, he blanked the team once called the Indians.

“I’ll bet he really loved that,” Carole said, laughing. The A’s won the World Series in 1910, 1911 and 1913, with Bender winning five of his seven starts in the Fall Classic during that run.

In 1914, Bender went 17-3 – leading the American League in winning percentage for the third time in five seasons. But the A’s lost to the Boston Braves in that World Series. Soon after, Mack broke up the A’s dynasty due to surging salaries caused by competition with the upstart Federal League.

Bender, at age 31, jumped to the Baltimore Terrapins of the Federal League in 1915, but his record was just 4-16 with a 3.99 ERA. He pitched well but got little run support from the weak-hitting Terrapins. Bender considered the jump to Baltimore as the worst decision of his career.

He returned to Philadelphia to pitch for the Phillies in 1916 and 1917. He made his last major-league appearance in 1925 with the Chicago White Sox.

Bender retired with a career record of 212-127, good for a .625 winning percentage. As one might expect, Bender had to deal with racism as well and the bats of major-league hitters. Bigotry was accepted by most when Bender entered the major leagues, 44 years before Jackie Robinson broke baseball’s “color barrier” in 1947.

Bender Dealt With The Worst Of Critics:

No one back in the day, it seemed, had heard of “political correctness.” The nickname, “Chief,” was thrust upon him by fans and newspaper sportswriters of his day. Author Tom Swift, in his biography of Bender, wrote that the pitcher, “was often portrayed as a caricature and was the subject of myriad cartoons – many exhibits of narrow-mindedness. After he pitched one of the most dominating games of the early years of the American League, Bender was depicted wielding a tomahawk and wearing a headdress as though he was a happy warrior.”

And on the field the discrimination was often intense. Swift wrote that taunting from the bench was common in Bender’s era and that the opponents or the fans often made war whoops or yelled taunts.  Bender usually remained calm, frequently smiling at the insults. After an inning in which he had pitched particularly well, he might smile and yell back, “Foreigners! Foreigners!”

To be sure, the nickname “Chief” was not intended as a compliment. While he didn’t like the moniker, the affable Bender did not protest. However, during his playing days he frequently signed autographs as “Charles” or “Charley,” rarely Chief.

Bender was mellow, well-liked, and typically used his intelligence, smile and sense of humor to combat the catcalls he frequently heard from small-minded fans in the stands.

In 1910, however, in a rare, sharp retort to racist taunts, he yelled: “You ignorant, ill-bred foreigners. If you don’t like the way I’m doing things out there, why don’t you just pack up and go back to your own countries!”

And chances are he said it with a smile.

Brewers: Can They Still Make the Playoffs?