Thanks for the Memories: Remembering Tramon Williams’ Career Last week, Green Bay Packers’ cornerback Tramon Williams announced his retirement.  In a long Twitter post, Williams reflected on his career and thanked the organizations with whom he played and who influenced him throughout his playing days:

To the greatest organization in the NFL, the Green Bay Packers, thank you for allowing a very raw athletic kid to live-out his dream. Thank you, to the late great Ted Thompson, for seeing the value in an Undrafted free agent. Thank you, Alonzo Highsmith, Zo to be exact,

This offseason is one in which the Packers are in need of cornerbacks.  As the front office searches and studies both free agents and prospects, we remember the great career of Tramon Williams. 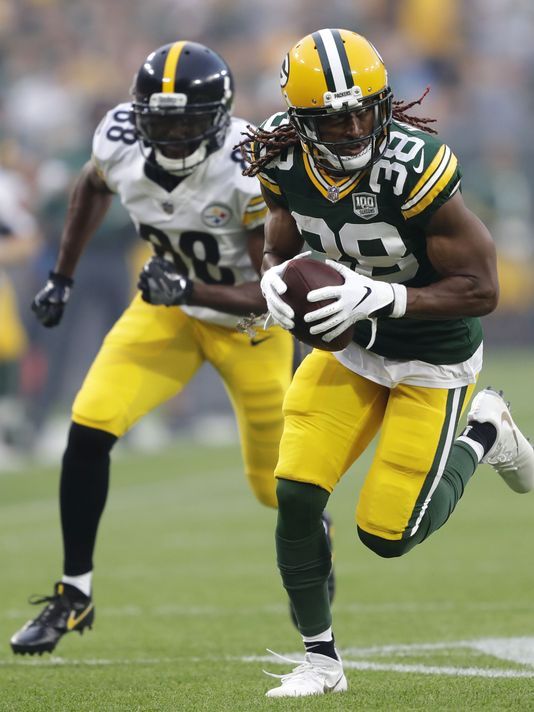 Tramon Williams went undrafted in the 2007 NFL Draft.  Then Packers GM Ted Thompson swooped him up as an undrafted free agent.  Through his unrelenting work ethic and raw talent, he made the team.  Williams appeared in all 16 games that season, recorded his first interception, and deflected four passes.

In 2008, Williams took over as a starting cornerback and took his game to the next level.  That season, he had five interceptions and deflected 14 passes.  Additionally, he forced two fumbles and recovered another.

Over the next four seasons, Williams averaged three interceptions a season while being a reliable presence on the defense.  While others dealt with injuries, Williams was consistently on the field.  In his first eight seasons with the Packers, he missed just one game. After eight seasons with Green Bay, Tramon Williams signed as a free agent with the Cleveland Browns.  In two seasons with Cleveland, Williams accumulated two more interceptions (one per year) and fifteen pass deflections.

In 2017, Williams signed with the Arizona Cardinals for an eleventh season in the NFL.  Williams played in 13 games (nine starts), and had two interceptions, 12 pass deflections, and a fumble recovery. 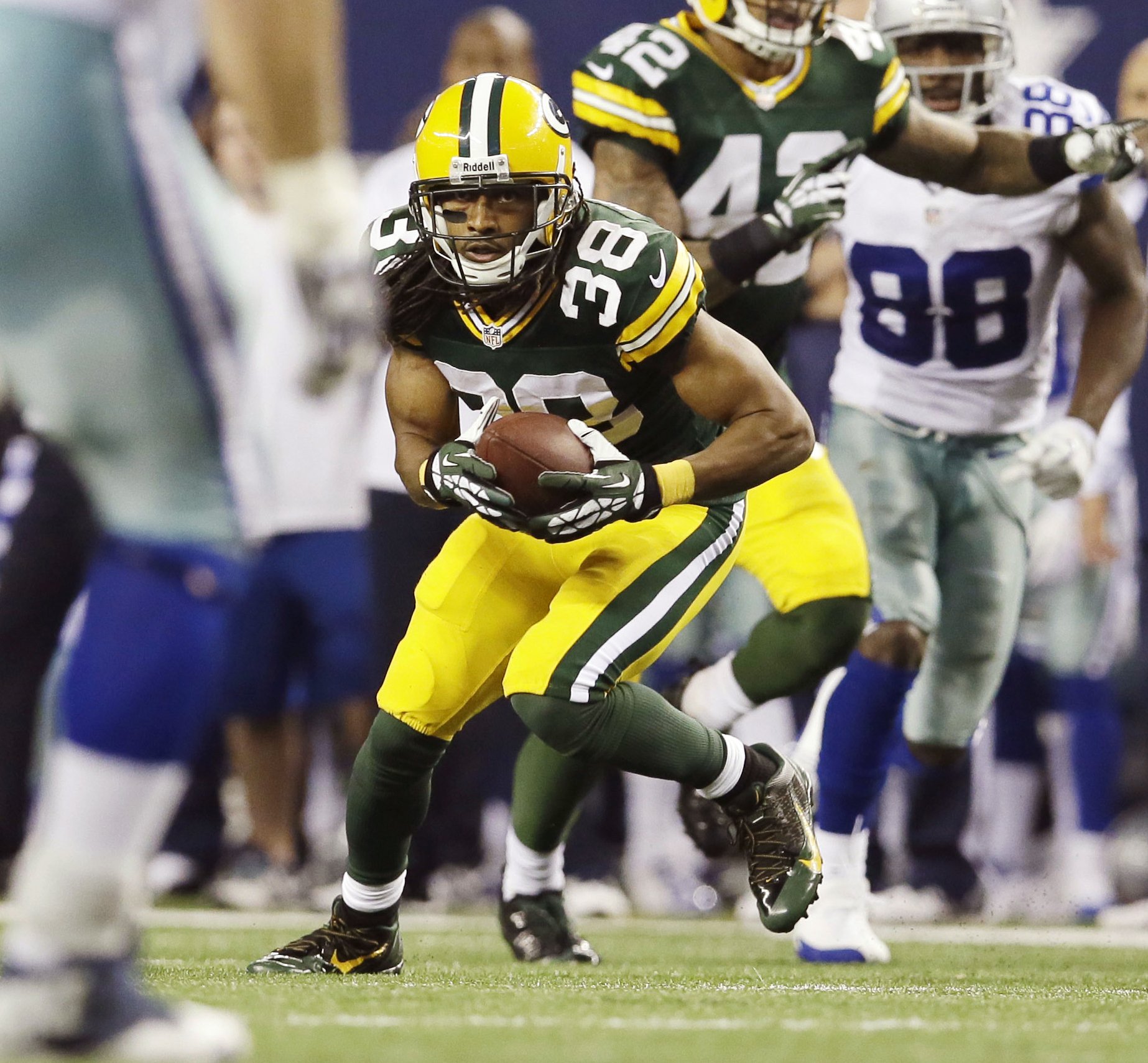 After three years away, the Green Bay Packers brought Tramon Williams back home on a two-year $10 million in 2018.  He never missed a game this time around and added two more interceptions, giving him 30 for his Packers’ career (34 overall).  His 30 picks are tied with Don Hutson for ninth in team history.  He also deflected 10 more passes during his second stint with the team, giving him a grand total of 141.

To Baltimore and Back 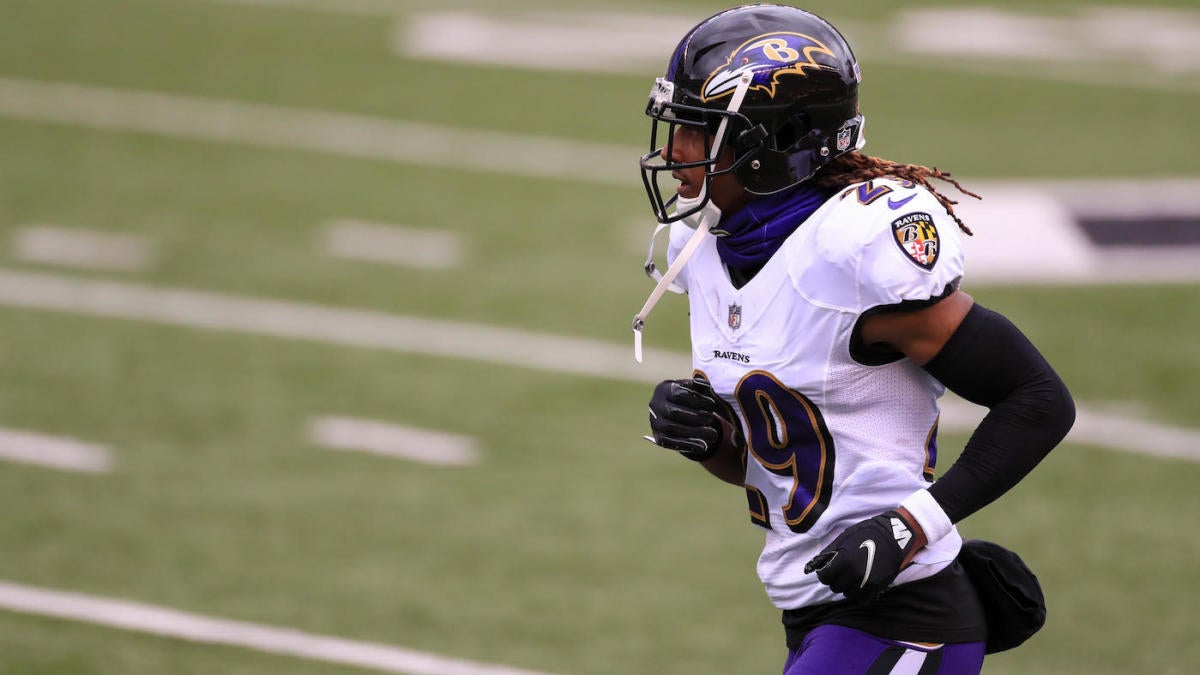 In 2020, Williams played with the Baltimore Ravens, but spent much of the season on their practice squad.  At the end of their playoff run, they released him making him a free agent.  The Packers, still hopeful for a Super Bowl run, brought him back for one final hurrah with the team.  He was not on the active roster, though, for the Packers’ final game.  He ended his career on the Packers’ practice squad, the same place it had begun.

Thank you Gutey, for bringing me back and allowing me to finish this journey in the green and yellow 38 jersey! That meant everything to me! No matter what jersey I wore, I always carried the G! #38 is clocking out at 38!

Thanks for the Memories, Tramon.