The Milwaukee Bucks looked to bounce back after a tough loss at home this past Sunday. They did just that on Tuesday night against their central division rival, the Chicago Bulls. The Bucks made the short trip south to Chicago for their 4th matchup with the Bulls this season. The 127-106 victory secured the 4–0 series sweep of the Bulls this season for the Bucks.

The game got off to a slow start. Only 4 baskets were scored between both teams in the first 4 minutes. The slow trend continued throughout the first quarter. Bucks leading scorer on the season, Giannis Antetokounmpo, did not have a single shot attempt in the first quarter. The game went into the second quarter with a low score of 26-20, the Bucks with the advantage.

The second quarter was not the same story for the Bucks. The offense got going, led by Brook Lopez. The Bucks led by 18 at one point. Still with Giannis only attempting 3 shots in this quarter. Lopez, in only his 11th game back since injury, fired up the offense. He also played his part on defense, protecting the rim and blocking shots. Grayson Allen contributed to the second quarter offensive spirt as well. The Bucks went into half up 58-46. 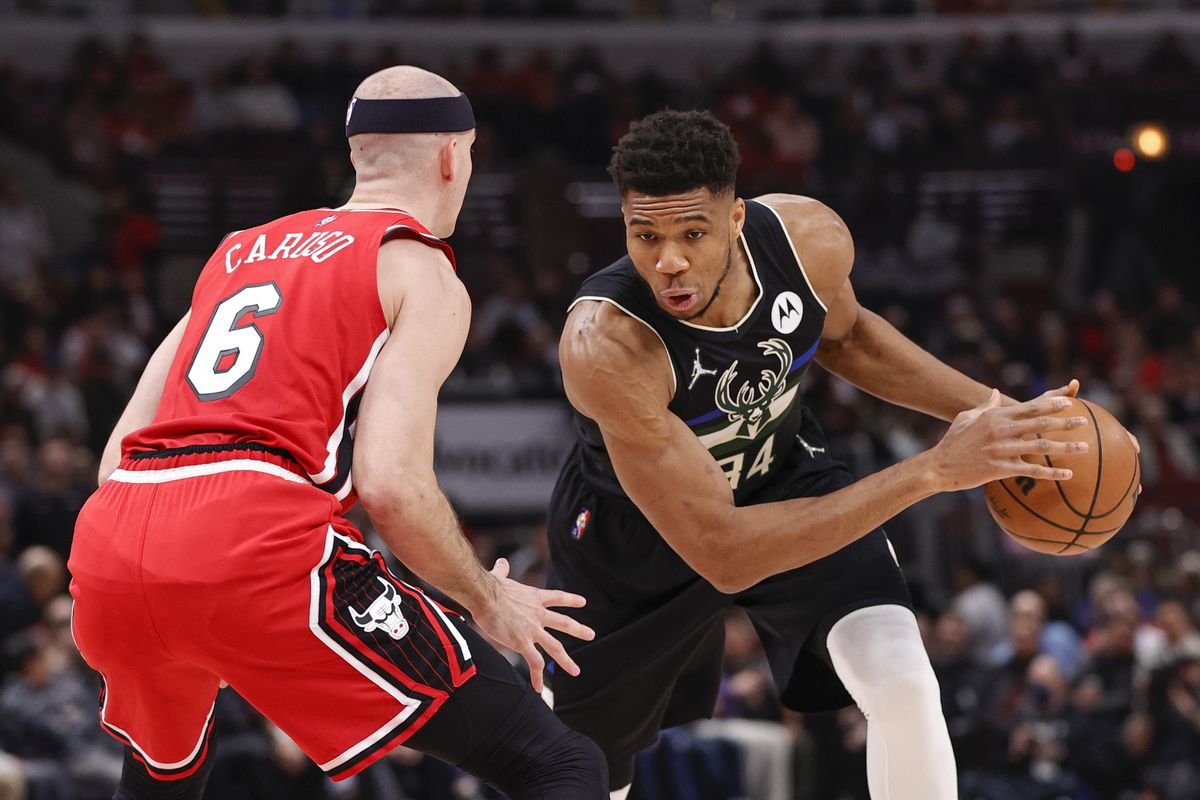 The offensive momentum from the second quarter carried to the third. The Bucks started the third quarter on a 9-0 run, extending their lead to 67-48. But, the Bulls didn’t just roll over. Playing without Zach LaVine, DeMar DeRozan was single-handedly running the their offense. He did their best to keep them in the game. Peaking with 40 points in 37 minutes, nearly half of all scores for the Bulls. Near the middle of the third, Giannis picked up his 4th foul. This gave the Bulls a window of opportunity to go on a run. Brook Lopez didn’t like the ideal of that and continued his stellar game on both ends of the court. This helped the Bucks maintain their lead and end the 3rd up 96-84.

The fourth quarter didn’t see any major scoring changes. The closest the Bulls got within the Bucks was 11 points. There was a pair of technical fouls called on the Bulls. One on Alex Caruso and the other on Nikola Vucevic. The rivalry between the two teams never fails to disappoint, especially when Grayson Allen is involved. The Bucks outscored the Bulls 31-24 in the fourth, locking up their victory.

Brook Lopez was the unlikely star for the Bucks. 28 points in 29 minutes for Brook while shooting 100% from the free throw line. Despite the slow offensive start, 7 Bucks scored double digits, including the entire starting 5. Khris Middleton dropped 19 points and Giannis dropped 18 in just 24 minutes, a quiet night for the reigned league MVP.

Brook is feeling it. 🔥 pic.twitter.com/UiRdcBJbD9

DeMar DeRozan tried to do it all for the Chicago Bulls. DeRozan had 40 points on 16-26 shooting in 37 minutes before running out of gas in the 4th. The only other Bull in double figures was Patrick Williams with 18 points.

The Bucks clinches their fourth straight Central Division Title with the win over the Bulls.

“Appreciate and respect what these guys have done, and to do it four-straight years is meaningful.” said Head Coach Mike Budenholzer after the game.

For the 4th consecutive season… pic.twitter.com/9Kvlu4xp1i

The Bucks are back at the Fiserv Forum on Thursday for their last regular season game at home against the Boston Celtics at 6:30pm.

Follow me on Twitter at @hilleryphoebe and follow us at @WiSportsHeroics! To read more of our articles and keep up to date on the latest in Wisconsin sports, click here! Also, check out our merch store for some amazing WSH merchandise!