For years, Green Bay Packers’ fans have been begging the front office to get Aaron Rodgers some weapons at wide receiver.  This year, with all of their receivers contracts expiring after the season, the Packers finally drafted the rookie wide receiver so many fans have been clamoring for.  Green Bay drafted Amari Rodgers from Clemson in the third round of the 2021 Draft.  Here’s we take a look at his pre-draft scouting report and what made him an enticing pick for the Packers.

Amari Rodgers is a slightly undersized wide receiver, standing just five feet, nine and a half inches tall.  He weighs 212 pounds with a wingspan of 72 inches.  Due to his size, Rodgers does not profile to be the type of outside threat that can go up and get high throws.  Instead, he is more likely to be utilized in the slot.

One of the things that Rodgers’ height does do for him is that it allws him to double as a return specialist.  This is most certainly an area of need for the Packers whose special teams and return game have been absolutely terrible over the past few seasons.  Rodgers will most likely be chosen to return kicks and/or punts now that Tyler Ervin is not returning.

In addition, Rodgers displayed great hand-eye coordination throughout his college career.  This attribute, along with his quickness, have made him able to make athletic catches that may be off target.  He has shown a willingness to sacrifice his body to make diving catches, a trait that will serve him well in Green Bay.

One of the biggest frustrations that Packers’ fans have had with their current wide receiver group has been dropped passes.  Marquez Valdes-Scantling and Allen Lazard had drop percentages over 10% last season.  A main cause of these drops was their attempting to use their bodies to help corral passes instead of just using their hands.

This is not the case with Amari Rodgers.  Rodgers uses his hands to make grabs, oftentimes snatching the ball out of the air on passes thought to have been overthrown.  He may not be a top-three receiver on the Packers this year due to his lack of experience.  However, it will not take him long to become a top-level threat.

The negative aspects of Rodgers’ scouting report mostly has to do with his size.  He is easily tackled in the open field by single defenders in the open field, and sometimes cannot reach highly thrown passes.  In addition, he tended to play at one speed in college, and did not lack a quick burst that would help him elude defenders.

How Good Can He Be? 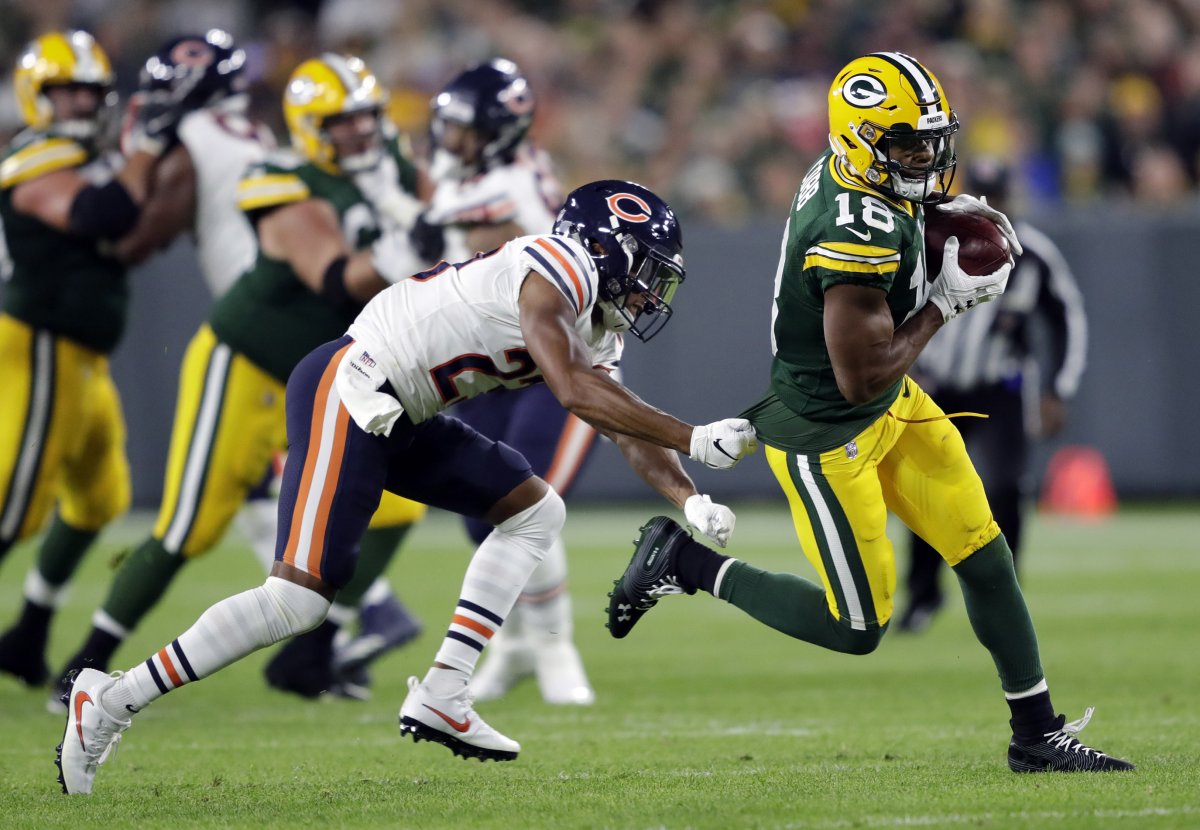 All Packers fans remember Randall Cobb.  That is the player that Amari Rodgers modeled his game after as he developed as a player.  Rodgers’ father was even Cobb’s wide receiver coach when Cobb played his college ball at Kentucky.

All throughout the draft process, people close to Amari Rodgers told him that he would get drafted by Green Bay.  He did not think he would, he told them, because he did not want to get his hopes up.  However, when the Packers called his name, it was his dream scenario.

The Packers have Randall Cobb 2.0 in their receiver room, and that is very exciting.