The MLB trade deadline is August 2. For months, the Milwaukee Brewers have been the subject of rumors involving trades. Some of these included four-time All-Star Josh Hader. However, recent rumors reported by the Twitter account MLB Nerds have linked the Brewers to two of the biggest bats on the trade market: outfielder Andrew Benintendi of the Kansas City Royals and first baseman Josh Bell of the Washington Nationals. 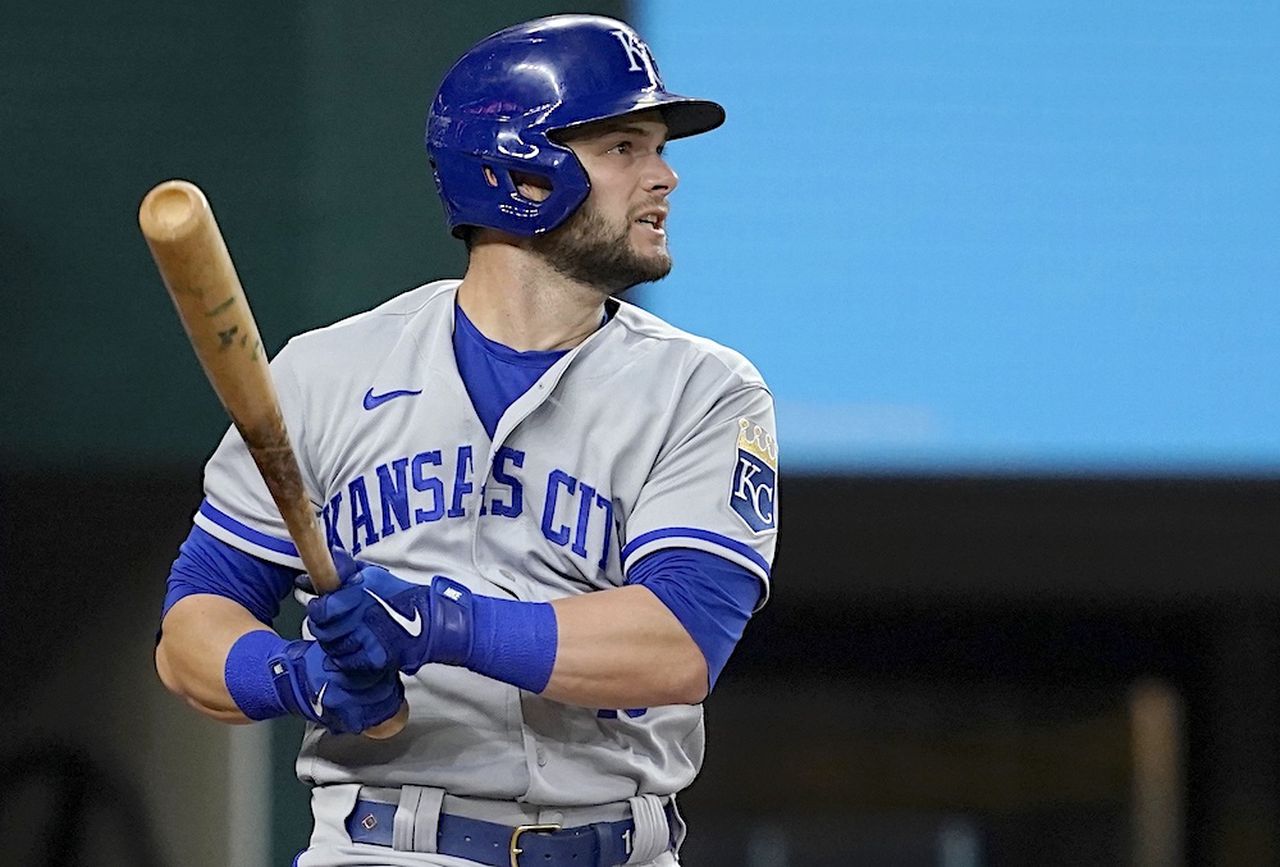 A potential Benintendi/Brewers trade is heating up, per sources.

The Brewers are looking to acquire 2 bats at the trade deadline, and Benintendi could very well be one of them. https://t.co/XGMFsC9Keo

Andrew Benintendi is currently hitting .319/.389/.402 with three home runs and 38 RBI. A Gold Glove winner in left field last season, he was named to his first All-Star team this season.

Benintendi is in his final year of arbitration and will be a free agent at the end of the season. To be sure, the Brewers are not planning on signing him long-term. Rather, he would be a half-season rental who will hopefully help provide some consistency to the offense.

Besides helping the Brewers make the playoffs, Benintendi could be a huge asset in the postseason. Last year, the Brewers’ offense went cold in the Divisional Round against the Atlanta Braves. When playing for the Boston Red Sox, Andrew Benintendi won a World Series and had a consistent bat each time he played in the postseason. For his career, Benintendi has a playoff slash line of .272/.322/.407 with two home runs and nine RBI.

Benintendi has not played in the postseason since 2018.

The emergence of rumors that the Brewers are interested in Josh Bell may be a little surprising to some. After all, Rowdy Tellez is having his best season, hitting .227/.306/.457 with 18 home runs and 57 RBI. However, the National League has the DH now, giving the Brewers a little freedom to add a big bat, even if he is a first baseman. The Brewers, of course, are not the only team interested in Bell. However, it sounds like they are one of only two teams who have made an offer.

The Josh Bell market is moving quickly, with the Astros, Brewers, and Mets confirmed teams with interest, per sources.

The Mets & Brewers currently have offers on the table, while the Astros don’t, but there is still interest from all three parties.

Josh Bell is the very definition of a big bat, too. The veteran first baseman is hitting a career-best .308/.389/.500 with 13 home runs and 50 RBI. Like Benintendi, Bell is going to be a free agent at the end of the season, so acquiring him would just be to make a big postseason run this year. Bell has never played in the postseason, having spent most of his career with the Pittsburgh Pirates.

While Bell spends the vast majority of his time on the field at first base, he has made appearances in right field and left field during his career. Obviously, one would hope that the Brewers are not forced to play him there with players like Christian Yelich, Andrew McCutchen, Hunter Renfroe, Tyrone Taylor, and potentially Andrew Benintendi there.

Thoughts on Acquiring Both Players

Making moves to acquire two players having seasons like Andrew Benintendi and Josh Bell are having would be reminiscent of when the Brewers acquired CC Sabathia in 2008 to help push them over the hump and into the postseason for the first time since 1982. Let me be clear, acquiring BOTH of them would be on that level. Acquiring either one by themselves would be nice, but not really earth-shattering.

The current batting average leader on the Milwaukee Brewers’ roster (among those with enough at-bats to qualify) is Andrew McCutchen who is hitting .252. Christian Yelich leads the team with a .347 on-base percentage while Hunter Renfroe leads with a .804 OPS. Josh Bell would become the team leaders in all three of these categories with Andrew Benintendi becoming second in batting average and on-base percentage and third in OPS. To say that adding both Benintendi and Bell would give the offense a boost would be the understatement of the century.

The fact that both players will be free agents at the end of the season should not be of concern. It only means that the Brewers will likely not have to give up their best prospects to get them.