While Matt LaFleur may not have called the perfect game on Sunday, he pulled all the right strings at the right time to help lead the Green Bay Packers to victory. Now at 5-1, the Packers sit atop the NFC North Division with a two game lead. They are the only team in the NFC North with a winning record. With the win, LaFleur improved his record against the rest of the division to 13-1. The lone loss came last season at home at the hands of Dalvin Cook and the Minnesota Vikings. Today’s victory made LaFleur 7-0 against the rest of the North on the road. He is the first coach to accomplish such a feat.

Matt LaFleur is the first NFL head coach, whose career started after the 1970 merger, to win his first seven road division games.#GoPackGo | via @EliasSports pic.twitter.com/VastohePpF

The Most Underrated Coach in the NFL 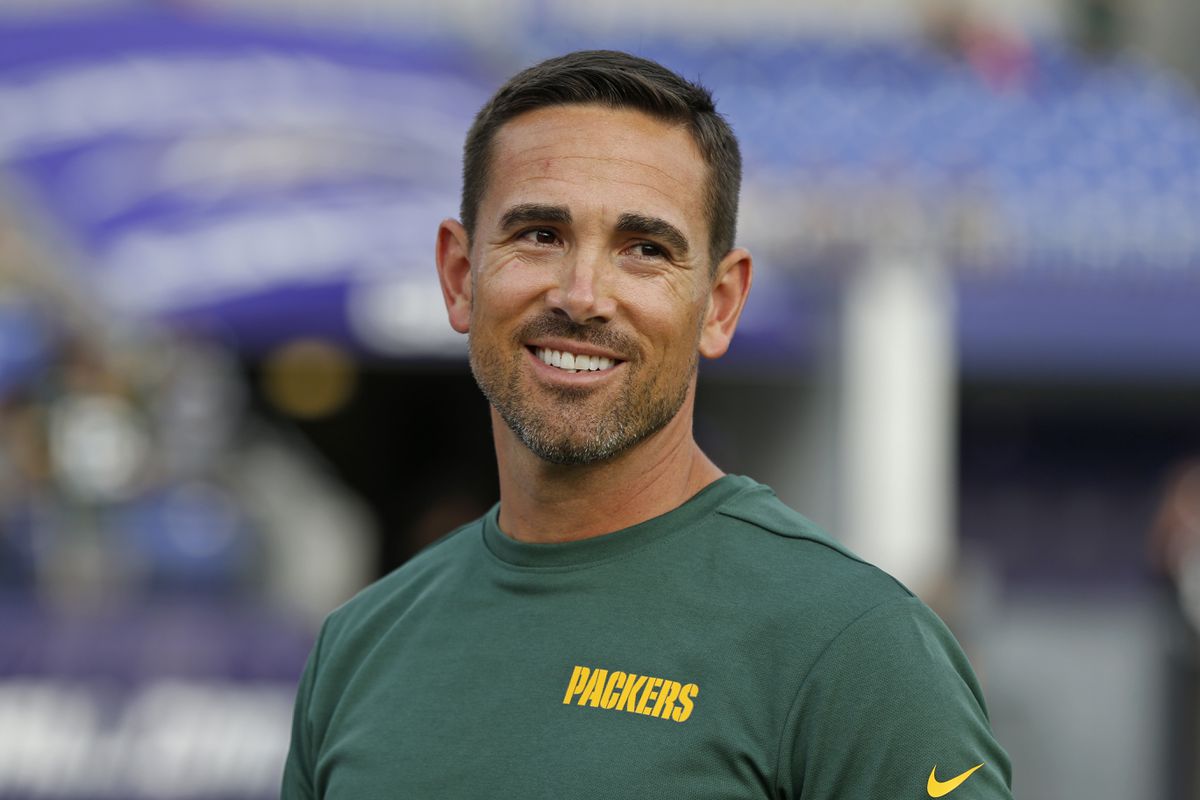 In 2018, the Green Bay Packers finished 6-9-1 and fired Mike McCarthy 12 games into the season. Aaron Rodgers appeared to be on the decline and the future did not appear bright in Titletown. When Matt LaFleur was hired, not many fans had heard of him. However, the work he has done has exceeded any and all expectations.

LaFleur’s first season as head coach saw the Packers improve from six wins to 13. Additionally, the Packers advanced all the way to the NFC title game, a feat that no one believed they would accomplish for years. Against the division, the Packers were a perfect 6-0.

Last season, 2020, was an even more impressive showing. The team again won 13 games, going 5-1 against their division rivals. The team once again advanced to the NFC title game, but fell short against the eventual champion Tampa Bay Buccaneers. Perhaps most telling of LaFleur’s talent as a coach was the return of Aaron Rodgers to MVP form. Rodgers won his third MVP as the Packers’ offense exploded in its second year in LaFleur’s system.

The Green Bay Packers’ future may be uncertain after 2021. However, Matt LaFleur has shown that he is an offensive guru who can mold players into stars. Quarterbacks, including Rodgers, Matt Ryan, and Jared Goff, have thrived under his tutelage, as have running backs such as Aaron Jones and Derrick Henry. There is no doubt that the Packers have the right man for the job, and it’s about time he gets the credit he deserves.