Bucks: What to Look Forward To On Ring Ceremony Night On October 19th, the Milwaukee Bucks will open up their 2021-2022 NBA campaign. Their opponent? None other than the team they beat in a seven game series to advance to the Eastern Conference Finals: the Brooklyn Nets. It will be the very first game to tip off the NBA season. From star-studded lineups to the big rivalry, this is going to be an opening night to remember.

Per league source, the 75th regular season will tip off on @NBAonTNT like this on Oct. 19…

One thing the Brooklyn Nets and the Milwaukee Bucks don’t lack is HISTORY. As the favorites coming out of the Eastern Conference, this divisional round playoff matchup came too early for some. But, the action in the series made up for it. After going down 2-0, the Bucks clawed their way back into the series, forcing a game seven for the ages at Barclays Center. In an overtime thriller, thanks to Kevin Durant’s big feet, the Milwaukee Bucks prevailed to reach their second ECF in three years.

It wasn’t just the game action that made this series one to remember, though. From various All-Stars going down due to injuries to Kevin Durant and PJ Tucker squaring up, dramatics were high. One cannot imagine that the Brooklyn Nets have forgotten about the playoff run that never was for them. October 19th will be an opening night to remember with these teams meeting for the first time since game seven.

The beloved “Run and Dunk”-er Giannis Antetokounmpo isn’t know for causing riffs in the NBA, but when it comes to the case of James Harden, Giannis made an exception. Their beef stems from the Lebron vs. Giannis All-Star game draft. Giannis, when picking his bench, selected Kemba Walker over James Harden, stating he was “looking for someone who would pass”. This didn’t exactly thrill Harden, causing him to clap back in a later interview.

“I wish I could be 7-feet, run and just dunk. That takes no skill at all, I gotta actually learn how to play basketball and how to have skill. I’ll take that any day.”   -James Harden

Sadly, in the divisional round playoff series, James Harden left the game in the first minute. He tweaked an already existing hamstring injury. This left fans unsatisfied. The Harden versues Giannis saga had been avoided… until now! These two will face off on opening night with all eyes on them.

Both teams have star-studded lineups. With at least three All-Stars each, the teams match up well against one another. Home to two of the best defenders in the NBA, Jrue Holiday and Giannis Antetokounmpo, the Milwaukee Bucks aren’t losing any sleep over facing some of the best scorers in the NBA on opening night. These scorers include Kevin Durant, Kyrie Irving, and James Harden of the Brooklyn Nets. Add Khris Middleton to the mix and this is going to be a battle of two of the most powerful Big 3s in the league.

It has been decades since Milwaukee celebrated a championship. Expect a sold-out Fiserv Forum with celebrities and Bucks legends in the building. The roof might blow off of the place when the Larry O’Brien trophy is brought out and the Bucks take the court for the first time as defending NBA Champions. The special championship edition warmups. The ring reveal. The x2 added to the back of the collar on the jerseys. Chills! 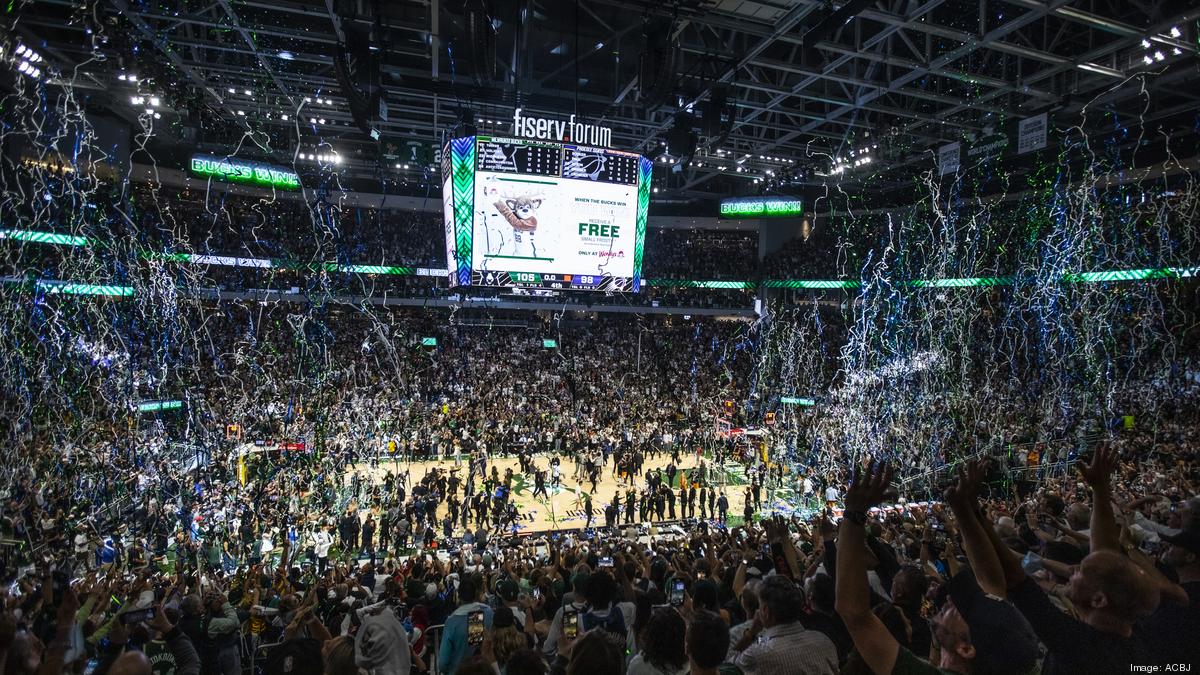 Something the Milwaukee Bucks haven’t done in almost 50 years: a ring reveal. The Bucks players and high-up staff will receive their rings prior to tip off on October 19th. The raw reactions of players will be showcased for everyone to see. Little about the rings has been released yet, so we all wait patiently for that night in October.

Last year’s championship rings for the Los Angeles Lakers were estimated to be worth more than $20,000. Including over 180 grams of yellow gold and 800 jewels, they weren’t like anything seen before. The standard and expectations for the Bucks rings based on last year’s are sky high.

Opening Night Will Be A Night to Remember

No matter what team you root for or what players you support, your eyes will be on the Milwaukee Bucks on October 19th. The emotions will be high and the fans will be loud. One thing guaranteed is that this will be a night to remember!