Brewers: Kolten Wong is Having Himself a Year While the Milwaukee Brewers continue their hot streak and the chase to the NL Pennant, their leadoff man has kept things hot. Kolten Wong has proven himself to be a great addition to the Brewers’ roster. Once the St. Louis Cardinals declined his 2021 club option, the Brewers were quick to hop on that and secure the second baseman on a two-year deal with a third year club option. 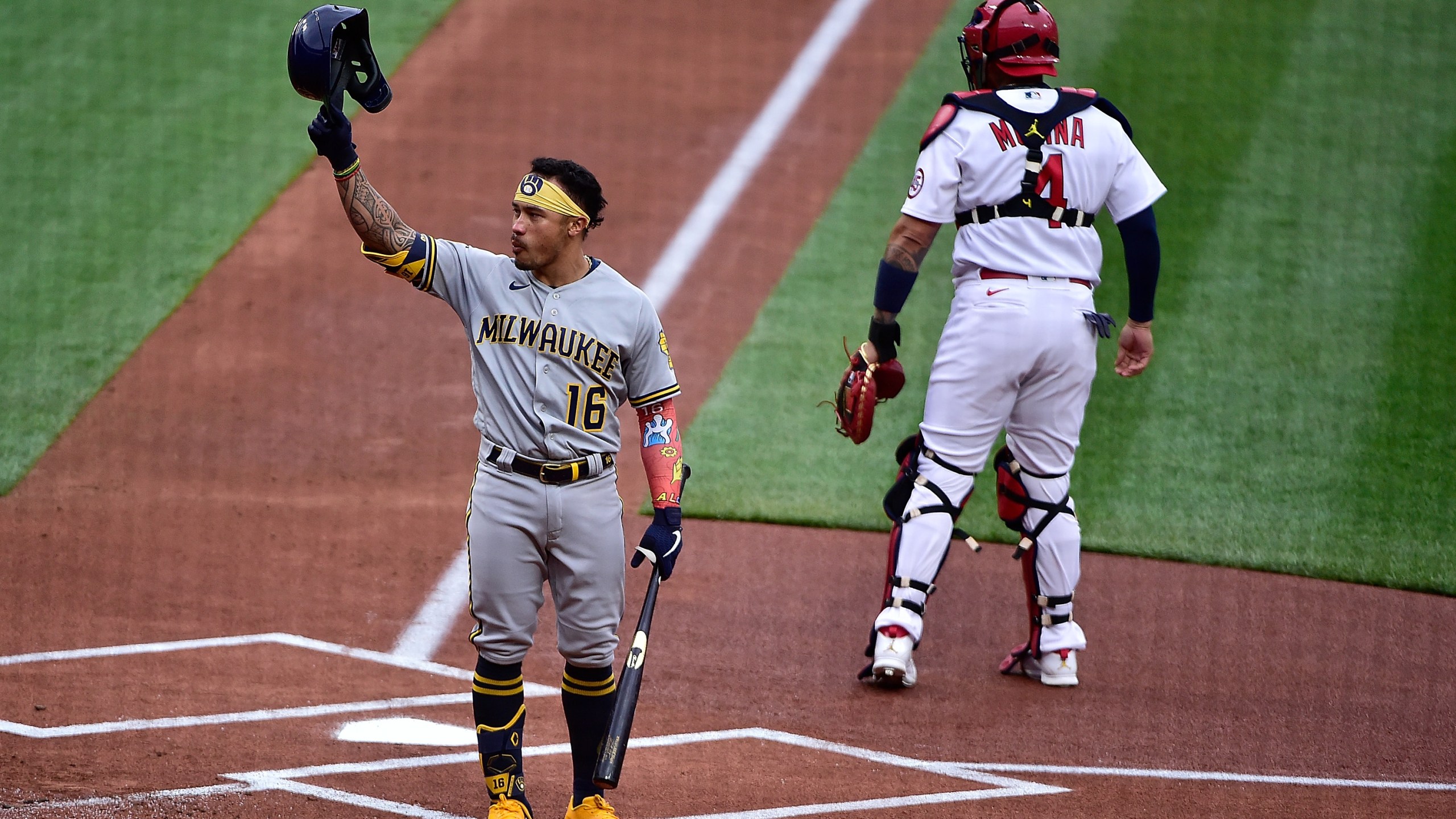 The second baseman did miss 41 games this season. Battling with many trips to the IL with oblique issues took a lot of adjustment for Wong. The adjustment from the 60-game season to a 162-regular season was tough on a lot of players. For Wong, it was adjusting to an entirely new environment becoming a Milwaukee Brewer and finding a new routine.

The acquisitions of Willy Adames, Rowdy Tellez, and Eduardo Escobar have also helped Milwaukee’s offense continue their hot streak. But, Kolten Wong has been a huge contributing factor to the Brewer’s 9.5 game lead over the Cincinnati Reds in the NL Central.

After the strange 2020 season, Kolten Wong has returned to finding the more aggressive approach at the plate as he did in 2019. Perhaps a change of where he was in the lineup also effected the way he’s played. When with the Cards, Wong was batting 7th or 8th. But, upon coming to Milwaukee, he was seeing himself as the lead off man.

When you look at the leadoff hitter, you’re looking at someone who can play well offensively and defensively.  Wong is currently posting a slashline of .287/.352/.471/.823, eleven home runs, and 38 driven in. His OPS+ of 120 is the best of his career and his 2.7 WAR ranks fourth among the team.

Wong told the Milwaukee Journal Sentinel that his power this season is no accident, rather it’s a natural progression from over the years.

“I knew I wanted to change my whole dynamic as a player” Wong told MJS, “I was kind of trying to be that leadoff guy, see pitches, get on base, and do the little things.”

The hard work and dedication to the game has definitely paid off for the hard-hitter. He’s having one of the best seasons of his career. He’s barreling up on the ball more at a rate of 5.2% and the exit velocity of 88.2 have both been career bests.

When at the plate, Wong is seeing a low walk rate at 6.3%, second best compared to his 5.9% in 2015; He’s also on average seeing 3.62 pitches per plate appearance which is the lowest of his career. Wong is not afraid to go after first pitches, swinging at those 26.4% of the time. He’s become more disciplined and not waiting as long when it comes to attacking pitches.

Defensively, Kolten Wong has been an upgrade that the Brewers were looking for.

It’s been amazing having Kolten Wong apart of the crew this season. As the crew heads into Craigtember, Wong’s fielding and batting efforts will be crucial for Milwaukee. It’s truly been an amazing season for Wong, he’s become an aggressive lead-off hitter and it’s paid off in a great way. The way he’s been able to in a way transform himself, and be a huge contribution shouldn’t go unnoticed; Whether that’d be giving Kolten Wong another Gold Glove, or finally giving him the World Series ring that he rightfully deserves.