Aaron Rodgers did not have the Week 18 he was hoping for. The Green Bay Packers needed to beat the Detroit Lions to make the playoffs. However, they fell short, losing to Detroit 20-16. Rodgers went 17 of 27 for 205 yards to go along with one touchdown and one interception.

Rodgers’  interception came at the most inopportune time. Late in the fourth quarter, while trying to pilot a comeback, Rodgers was picked off by Kerby Joseph. The interception ultimately sealed the win for Detroit, as they picked up key first downs on their ensuing offensive possession.

Joseph has been a menace against Aaron Rodgers this season. In Week 9, Joseph picked off Rodgers twice. Three of Rodgers’ twelve interceptions this season have come from Joseph. 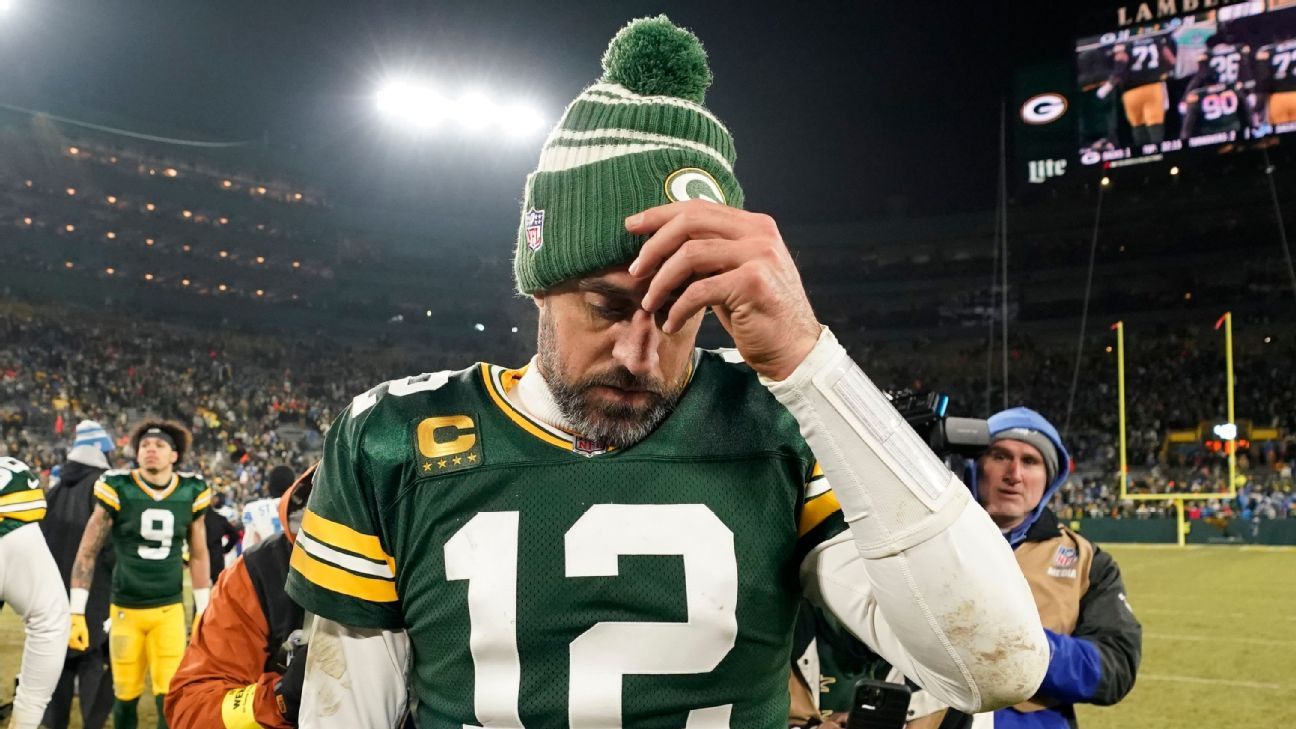 There has been speculation that Aaron Rodgers might have played his last game in the NFL. Or possibly just his last game as a Packer. Nevertheless, if Rodgers was to call it a career, his last pass would be an interception. Definitely not the way Rodgers would like to go out.

Joseph has a request if Rodgers does decide to hang up his cleats.

“That’s crazy,” Joseph said. “If that’s his last pass, I’m saving that ball and I’m going to send it to him so he can sign it. But if he don’t sign it, I understand. But I doubt he’s going to retire. He’s probably going to try to come back, and if he comes back, more plays for me.”

Rodgers might not be down with the idea of signing the ball. In all likelihood, Rodgers will be back for another season, and he’ll be looking for revenge against Joseph and the Detroit Lions.