Today Aaron Rodgers made his weekly appearance on The Pat McAfee Show.  It seems every week he has another player to praise on this Packers team. This week it was someone he has praised before… rookie WR Christian Watson.  This time, however, was a little different.  Aaron Rodgers used Davante Adams in comparison to something he has seen so far with the rookie wide receiver.

Look, I tell ya.  He’s got special speed.  He really does.  He’s got incredible stride length; when you watch the film back, it’s similar to watching Davante his rookie year.  There were games where I didn’t give Davante a ton of looks, but you go back and watch the film and I’m thinking, man this guy is open.  Often!  It’s like that from time to time with Christian  (Watson).

There’s a few routes, I mean not as much as Davante, I think Davante was a little more polished route runner as a rookie… but there’s a few times where I may need to give him a second look.  Even when things don’t look great from the start because he does have that different type of speed.

Watson has the tools to make it happen: 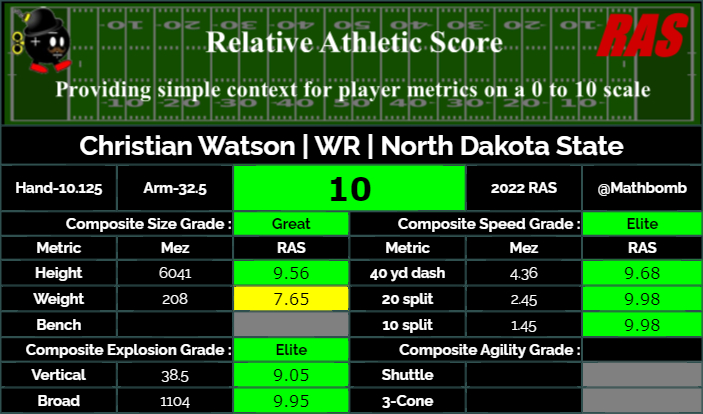