A Possible Trade Could Bring Deshaun Watson to GB; Rodgers to 49ers 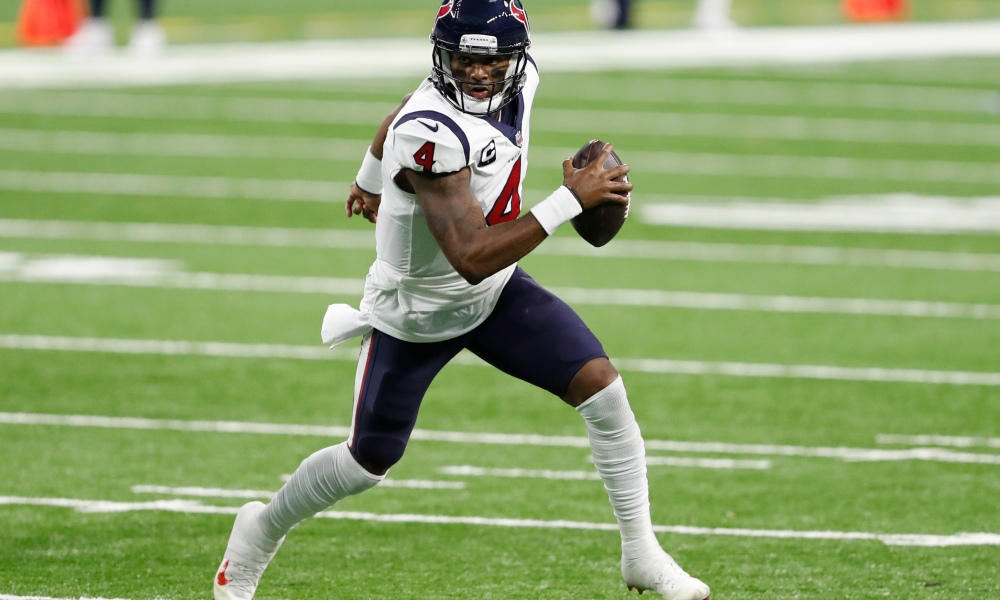 In the scenario, four teams would be involved: the Packers, Texans, 49ers, and Patriots.  Below is a breakdown of the possible trade.

The Packers would send Aaron Rodgers to the 49ers and Jordan Love (and the 30th overall pick in 2021) to Houston.

San Francisco would send the 12th overall pick this year and a first round picked next year to the Texans.  Additionally, they would send a 2022 second round pick to the Packers and Jimmy Garoppolo to the Patriots.

Houston would send Deshaun Watson to the Packers and a 2022 fourth round pick to the 49ers.

New England would part with the 142nd overall pick this year, which they would send to the 49ers.

How Likely Is This Trade?

On the list of 17 possible trades involving Watson, this one was the LEAST likely.  For one thing, the Packers’ front office has declared that Aaron Rodgers is the quarterback in Green Bay for as long as he wants to be.  This sentiment was echoed by head coach Matt LaFleur.

However, as Rodgers himself has stated many times, nothing is certain and football is a business.  That being said, it is hard to see the Texans parting with Watson for an unproven quarterback and two first round picks.  After all, an aging Brett Favre fetched the Packers a conditional pick when he was traded to the New York Jets.  Of course, Watson does not have the accolades that Favre had, but he sure does have more in the tank than Favre did.