Wide Receiver Really Isn’t a Concern For The Packers The position that everyone is indeed concern with when it comes to the Packers is wide receiver. Yes it is certainly a position of question. It is especially with Davante Adams being traded and Marques Valdes Scantling leaving in free agency. This is a re-vamped and rebuilt position for the Packers this year. Despite all that as of right now the wide receiver position is not a real concern right now for the Packers and here is why. Doesn’t matter who is at wide receiver if the offensive line is not protecting the quarterback. In 2020 the Packers had the number one scoring offense and a top ten overall offense. Most of it was due to the offensive line being arguably the best in the NFL. That group gave Aaron Rodgers time and were opening up holes in the run game. Also they were healthy most of the season before David Bakhtiari tore his ACL. In 2021 however, the offensive line was suffering injuries and the offense took a step and the run game was not productive. The offensive line this year hopefully should be healthy and returning two pro bowlers in David Bakhtiari and Elgton Jenkins into the lineup. With that group being healthy this year it can give Aaron Rodgers time and open up holes in the run game making the Packers a explosive offense.

Related: David Bakhtiari is the missing piece to get the Packers over the hump

The Packers Deep Running Back Group Will Be Heavily Involved

The Packers arguably have the deepest running back group in the NFL. It will be a big part of the offense this season. Starts with Aaron Jones one of the best running backs in the NFL. He has had one thousand yards from scrimmage the last three years. Then AJ Dillion who is the bruiser back that will wear defenses down in the fourth quarter and will form a formidable duo with Aaron Jones.  Then Kylin Hill coming back from a torn ACL should be effective as the third down back behind Jones and Dillion. Patrick Taylor and Tyler Goodson also can be involved in this offense as well. This running game will indeed open things for the passing game in the Packers offense.

Related: Could 2022 be the last year for Aaron Jones as a Packers player? 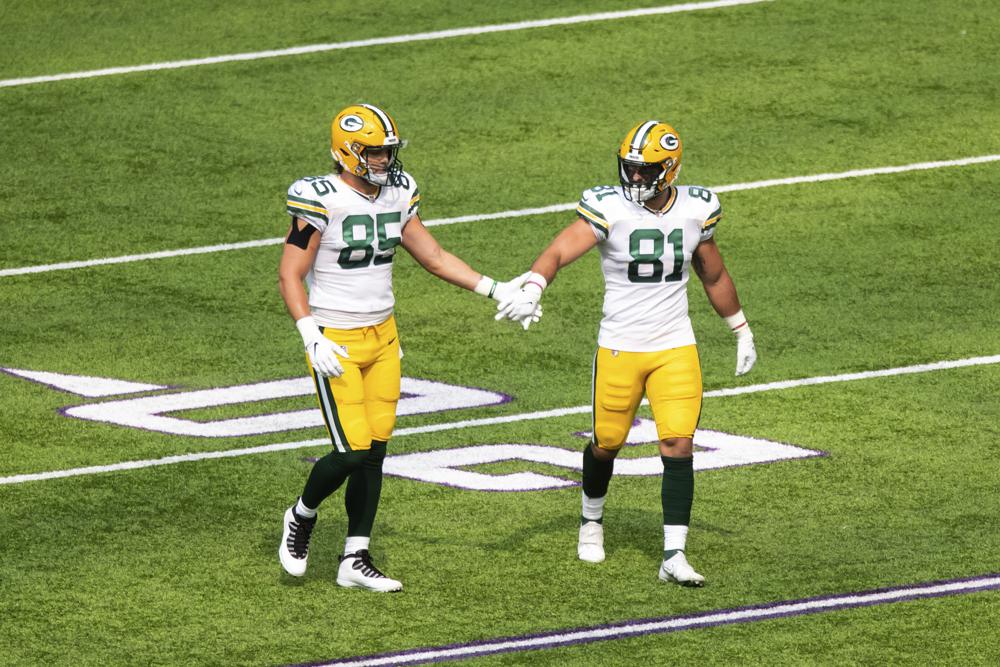 The tightend group should be fully healthy this year. Robert Tonyan was re-signed and should be back in the beginning of the season as he is coming off a torn ACL. His numbers did take a dip in 2021. However it was because he had to stay in and block due to injuries on the offensive line. With the offensive line healthy he will be more used in the passing game. Josiah Deguara will be used more as he was showing flashes in his second year. Mercedes Lewis will be the main blocking tight end to help in the run game. Tyler Davis is also someone to keep a eye as he is someone the Packers have high hopes in. If this group can stay healthy they can a real positive impact on the offense. 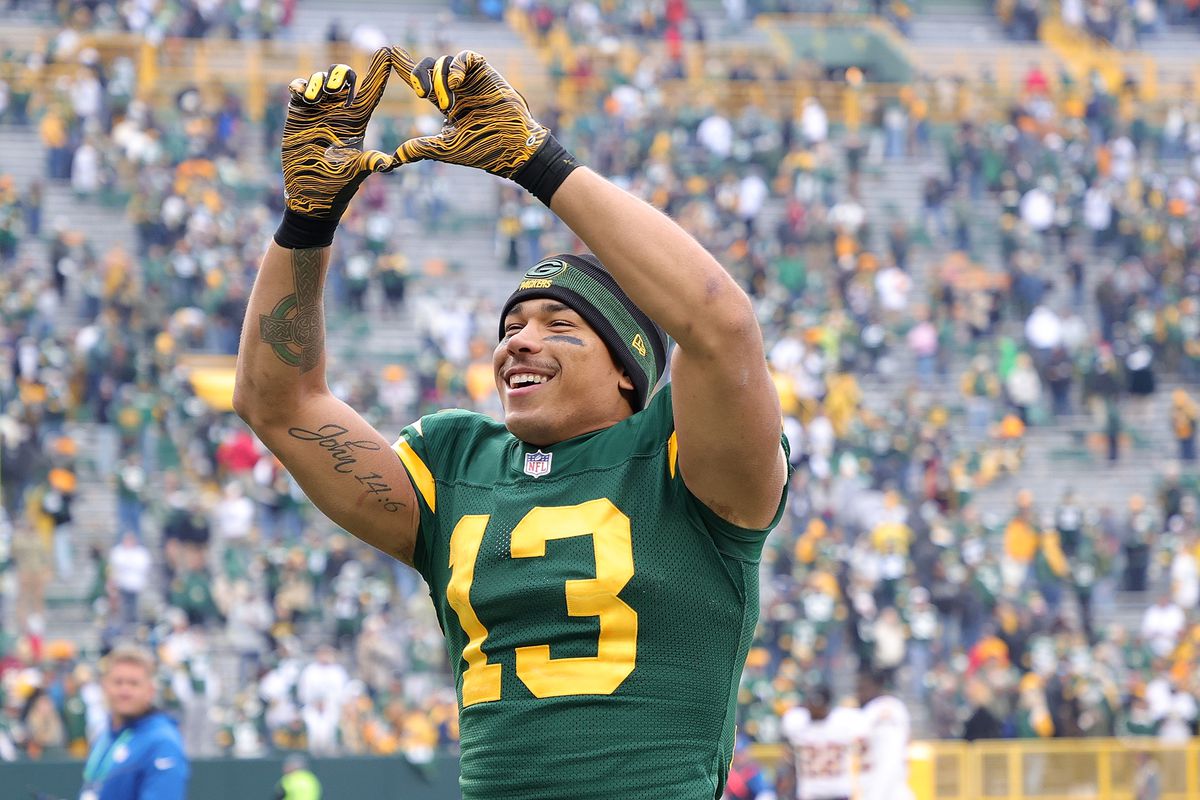 Yes the Packers wide receiver room does not look good on paper. However looking good on paper isn’t everything. Not to mention the talent is there in that group. Packers have Allan Lazard who will get a bigger role in the offense and is one of the best blocking wide receivers in the NFL.  Have veteran wide receivers in Randall Cobb who has a strong connection in Aaron Rodgers and Sammy Watkins who still has juice left as he is just twenty eight years old. Also have Amari Rodgers who looks to take that next step in his second season. In addition drafting three wide receivers in the draft in Christian Watson, Romeo Doubs, and Samori Toure. All three have speed to take the top off of defenses This wide receiver group could surprise everyone this season.

Yes the Packers do not have Davante Adams and that is a huge loss on offense. However has to be notice the Packers under Matt Lafluer are undefeated against Davante Adams as they are 7-0. Also Aaron Rodgers numbers are much better as he is spreading the ball around and not forcing it to Davante Adams all the time. Rodgers now with Adams gone is going to spread the ball around and take what the defense gives him. Combing that with offense that can scheme players open this offense should be very effective this season