Who Are The Real Milwaukee Bucks? Since their exciting Christmas Day victory over the Boston Celtics, the Milwaukee Bucks are 8-7.  While they enjoyed a recent three-game winning streak, the Bucks’ play has looked, at times, underwhelming over this stretch.  However, they have also played like the best team in the NBA at times, as well.  Perhaps the most puzzling are the teams that they beat compared to the teams they have lost to.  During their 15 match-ups since Christmas, the teams the Bucks have beaten have a combined winning percentage of around 51%.  This includes the Orlando Magic, who currently have the worst record in the NBA (9-39).  Without the Magic’s record included, this percentage would be over 56%.  They have taken down teams like the Brooklyn Nets, Golden State Warriors, and Chicago Bulls in this time, all of whom are towards the top of their respective conferences.

However, the teams they have fallen to in this stretch have a combined winning percentage of just slightly over 47%.  This number includes their most recent loss to one of the better teams in the NBA, the Cleveland Cavaliers (30-19).  Recently, beating the opponents that they expect to has been the issue for the Bucks.  And yet, they have also easily handled some of the best teams in the NBA.  All of this poses a complex question: who are the real Milwaukee Bucks?

Injuries, health and safety protocols, suspensions, oh my!  Each have impacted the Bucks at some point this season.  While the entire NBA has had to deal with similar struggles, a deeper look at the Bucks’ team statistics suggests that when their best players are playing, they are still very likely the best team in the NBA.

When the “Big Three” of Jrue Holiday, Khris Middleton, and Giannis Antetokounmpo play together, the Bucks are 18-4.  That 82% winning percentage would be the best in the NBA, ahead of the current NBA-best Phoenix Suns.  Additionally, when Giannis, Khris, and Jrue play together, the team averages 115.04 points per game.  This number would lead the NBA by nearly a full point per game over the next team (Utah Jazz, 114.1).  Finally, when those three play together their plus-minus – or how much they win or lose by per game – is a +8.09.  This means on average, they beat teams by 8.09 points each game.  This number would be the second best in the NBA, a mere .11 points behind the Golden State Warriors.

Each of these statistics are huge indications of winning basketball teams, and suggest that when our best guys play, the Bucks continue to be the championship-caliber team fans have grown to know and love. 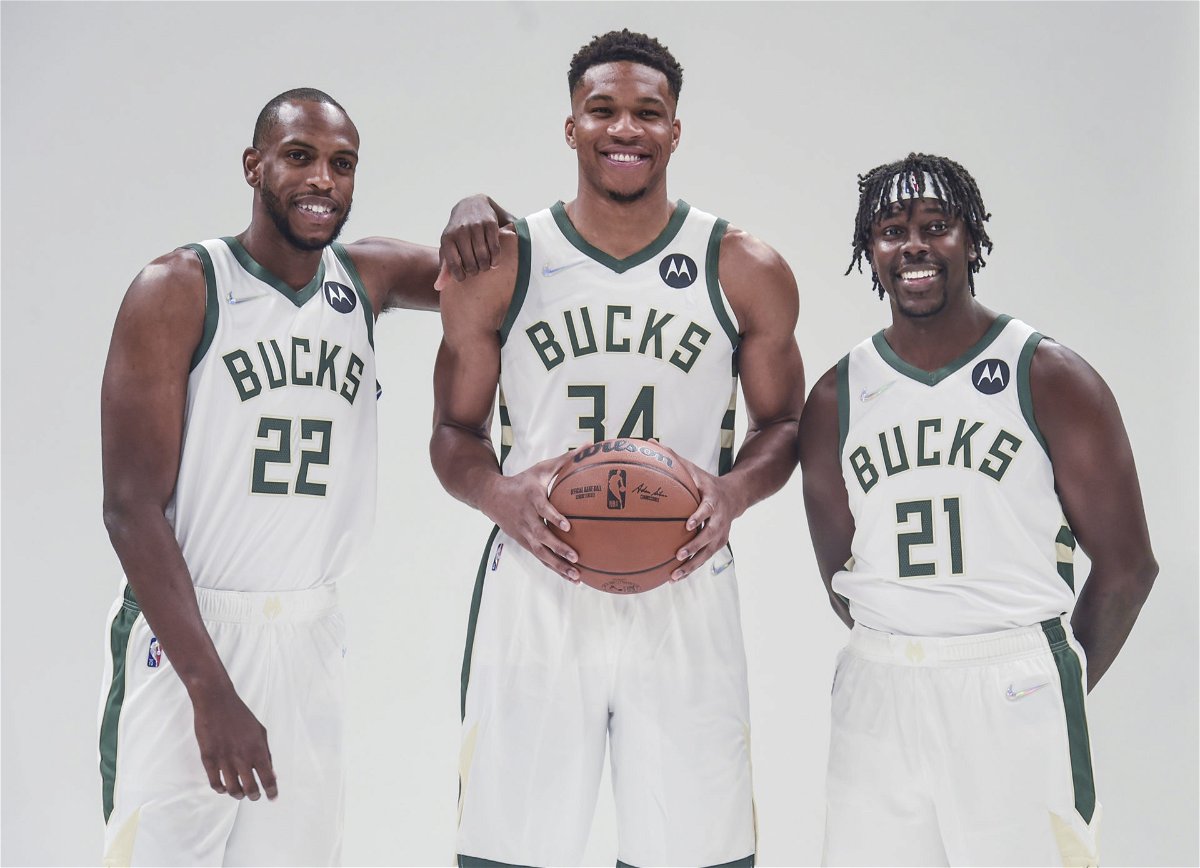 Keep Calm and Be Healthy in the End

For Bucks fans, watching the team not always play to their full potential every single night is obviously going to be tough to see.  However, being healthy at the end of the season and throughout the playoffs proved to be a huge difference maker last year.  As long as the Bucks are healthy and playing good basketball at the end of the regular season, they will certainly be in championship contention once again.  And as the stats show, as long as the Bucks have their big three, they continue to be one of – if not the best – teams in the league.