After two joint practices, the Green Bay Packers and New Orleans Saints played a preseason game at Lambeau Field on Friday night. There were many players who stood for the Packers, in both good and bad ways. Here, we highlight the studs and duds from the Packers’ first preseason victory. 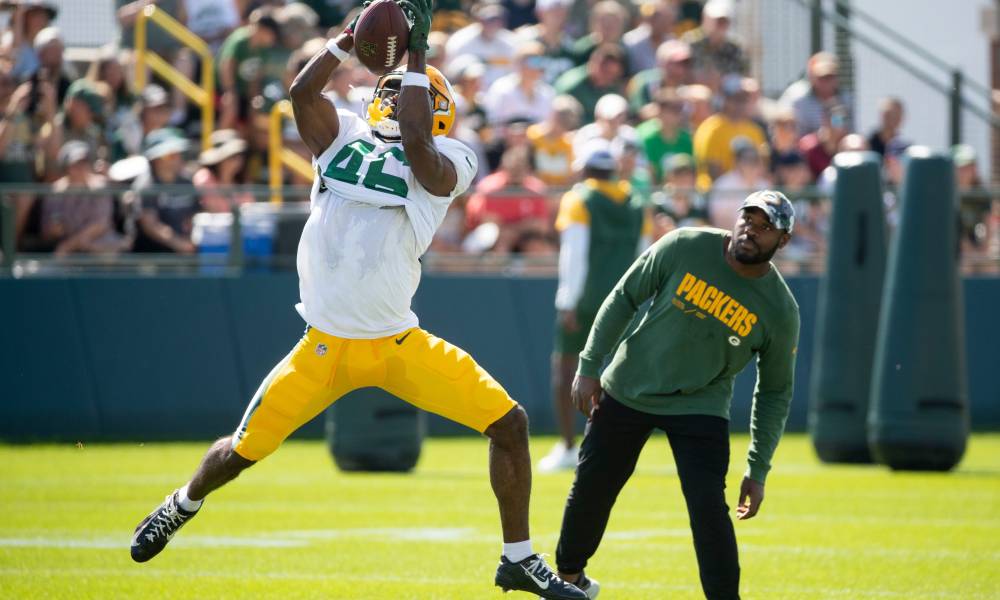 Inside linebacker has finally become a position of strength for the Green Bay Packers. Quay Walker, one of the Packers’ first round picks, will likely start alongside All-Pro De’Vondre Campbell. Krys Barnes, a starter last year, will likely get some snaps as well. However, Isaiah McDuffie is also putting his name out there as being worthy of playing time. The Boston College product had a team-leading six tackles. He was consistently swarming to the football, going sideline to sideline, and making life difficult for New Orleans ball carriers.

Man Isaiah McDuffie is just playing so much faster. Arguably the biggest improvement of any player from 2021 training camp to 2022 training camp.

Tyler Goodson once again solidified his case to be the Packers’ third running back this season. While Goodson did not start the game, he played in the second quarter and ended up as the Packers’ leading rusher (outside of Danny Etling). He rushed six times for 38 yards, good for a rate of 6.3 yards per carry. He also had one reception for 10 yards.

Recently signed safety Micah Abernathy came up big for the Packers when he got on the field. Not only did he cover well, Abernathy had an amazing interception and recorded a tackle for loss. With a backup safety position up for grabs, it will be interesting to see if he can claim it.

Three receptions for 24 yards and a touchdown

The Packers cut Dominique Dafney earlier this week. This was a headscratcher as Tyler Davis has not been playing well in camp. He also had a poor game against San Francisco. Davis continued to hurt his case by fumbling a reception, which was recovered by New Orleans. Time may be running out for the player Rich Bisaccia was so excited about entering OTAs.

For all the hype and effort that is being put into the Packers special teams, 59-yard returns should not happen. But it did. They also struggled with getting the right number of players on the field. It was like watching last year’s kickoff teams, which were not enjoyable. Packers fans can be sure that Rich Bisaccia is going to have plenty of strong (and graphic) words for that unit.

First the Packers had 12 on the field for a punt return. Then they just had 10 (count the black circles). Special teams man, special teams. pic.twitter.com/Zu1dli8FiB

Amari Rodgers had a couple nice runs on the ground, but dropped a huge pass in the second half. He only had one reception on four targets and did not play well as the punt returner.

Amari Rodgers has more burst this year. But he’s still not doing it for me as a punt returner.