3 Reasons Why the Packers Will Beat the Bears The NFL’s fabled rivalry between the Packers and the Bears will be renewed once again on Sunday afternoon. Green Bay currently leads the all-time series 101-95-6 and will look to add another win to the column this week.

Can they do it? Well, it certainly looks promising. So, here are three reasons why the Packers will be victorious against Chicago!

#1: Green Bay has a major advantage at quarterback

This match-up features a tale of two very different QBs.

Aaron Rodgers is a Super Bowl champion, the league’s reigning MVP, and a statistics machine who consistently puts up insane numbers. Ask anyone who knows anything about football, and they’ll tell you he’s one of the greatest to ever play.

On the other hand, there’s Justin Fields. A stand-out at Ohio State, he was drafted 11th overall by Chicago earlier this year. The Bears originally named veteran Andy Dalton as their quarterback, but Fields took over after Dalton’s week two injury. Now, according to head coach Matt Nagy, the 22-year-old rookie has earned his role as starting QB.

#Bears Justin Fields will be the 20th different starting QB that CHI has used against #Packers since 1992 #DaBears #GoPackGo #NFL pic.twitter.com/icXW1aRFFT

So far, he hasn’t had the greatest start. Fields has completed only 37 passes this season and thrown just one touchdown, with five turnovers. The blame cannot solely be placed on him – he hasn’t had much help, and growing pains are to be expected.

Fields is undeniably talented and has shown glimpses of his potential, but most experts believe it won’t be enough. Aaron Rodgers is simply in a class of his own… and that gives the Packers a massive leg up in this match-up.

Heading into Week 6, Pro Football Focus ranks Chicago’s offensive line as the second-worst in the league. That probably has something to do with the fact that they’ve allowed 14 sacks thus far, including a whopping NINE in one game alone. 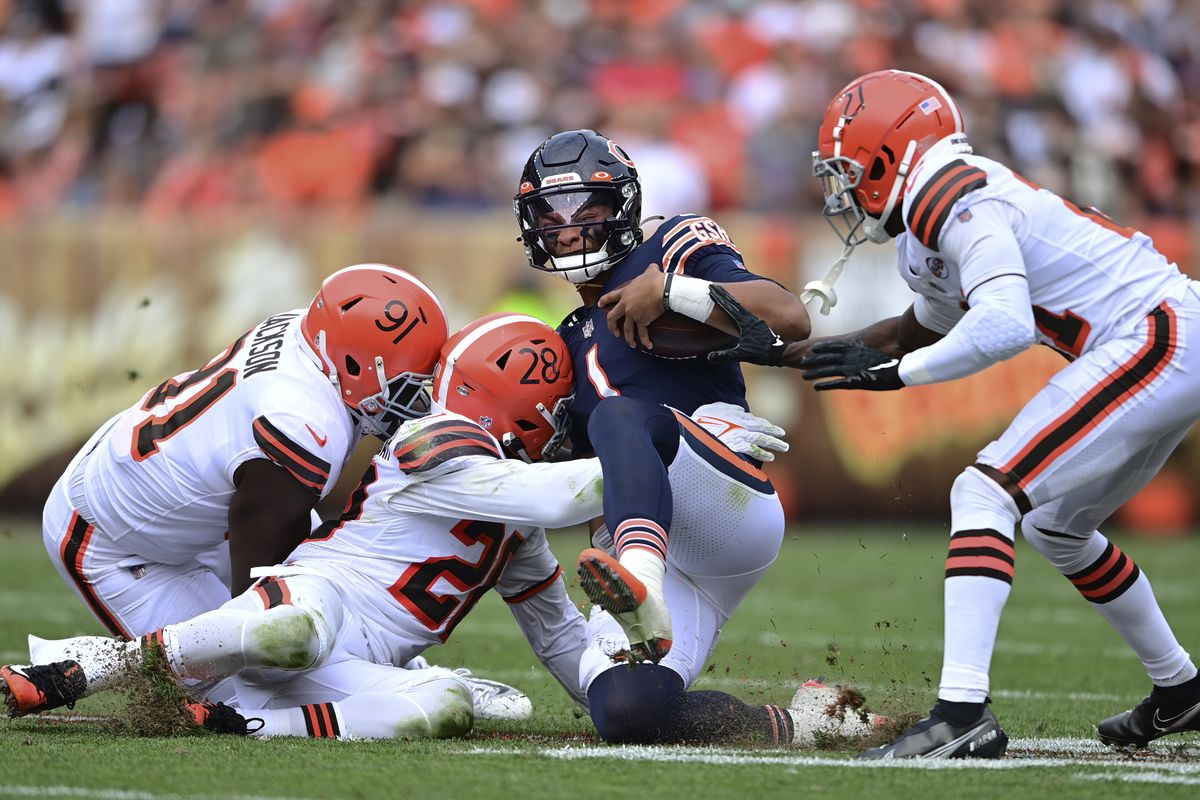 Admittedly, the Bears’ O-Line has improved a bit since their atrocious performance versus the Browns. However, that shakiness up front remains one of the team’s biggest weaknesses.

If Green Bay’s defense can exploit it – along with the inexperience of Fields – by getting pressures, sacks, and turnovers, they’ll be in excellent shape.

#3: The Odds are in the Packers’ Favor

Green Bay has dominated the rivalry throughout the last decade. Dating back to 2011, the Bears are just 3-22 against the Packers. Ouch.

Additionally, Rodgers is 20-5 versus Chicago throughout his career. He’s played some of his best, most memorable games when facing the Bears, with jaw-dropping statistics and videos to prove it.

Even with the match-up taking place at Soldier Field, Green Bay enters with a 60% chance of winning and as favorites by 4.5 points. Sure, those numbers don’t mean much and surprises can always happen. But still… the odds look good for the Green & Gold.

Tune in on Sunday for the 203rd meeting between these the NFL’s biggest rivals and find out if “Da Bears still suck”!