After an unfortunate chain of events that resulted in a penalty, Packers cornerback Rasul Douglas explains himself on Twitter. It was certainly an odd moment to watch Douglas casually walk between the lines and attempt to snatch the snap. The announcers didn’t say much and rather sat in awe of what they witnessed. There may be moments of it happening before in the NFL, but none of significant memory like this one.

The announcers and fans weren’t the only ones shocked. The Lions players stood up after Douglas tipped the snap and one pushed Douglas for messing with the ball. Douglas unfortunately responded by throwing a punch at the Lions player and missing. Following the game, Douglas spoke to the media to explain how he didn’t want to give any “free kicks” to the Lions since a timeout had already been called.

Crazy people don’t get why I did this . He missed a kick earlier in the game and we called timeout on this play . I wasn’t about to let him get a free kick so I did this . Now me hitting him after he pushed me I take full accountability for . https://t.co/00sTBoEPB3

Douglas explains on Twitter that he knew the Packers had already called a timeout. The Lions kicker, Michael Badgley, had already missed a kick earlier in the game, which is what Douglas is referencing in his Tweet. At the beginning of his Tweet, Douglas expresses his frustrations by stating the following: 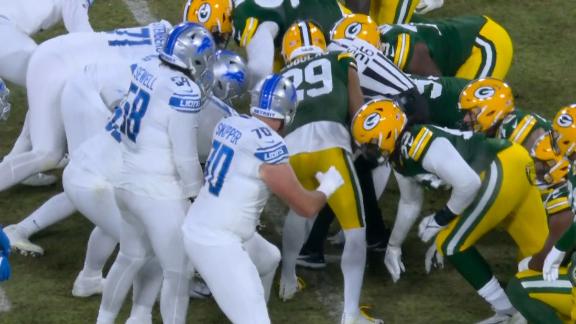 “Crazy [that] people don’t get why I did this. He missed a kick earlier in the game and we called [a] timeout on this play.”

As angry as many Packers’ fans and others are at Douglas, he did take responsibility for his actions following the blocked snap. The whole situation seems odd due to the fact that it hasn’t occurred much before, but the logic behind why Douglas chooses to block the snap makes sense.

Whether or not he should’ve taken the situation into his hands doesn’t have a clear answer to it. However, the penalty was absolutely avoidable and represented the undisciplined nature of the Packers last night. Despite his mistake, Douglas will surely work to move on from his mishap and come back to a better 2023 season.