The Packers look to bounce back after their opening loss to the Vikings last week. As they face the Bears, who are coming off a rain soaked win against the 49ers, the Packers have to improve in certain areas. It should be a game defined by defense and play calling.

Week two will prove itself to be a whole new test for the Packers. Clearly the Vikings game didn’t go how anyone thought it would, but with the right game plan, the Bears shouldn’t be able to hang with Green Bay.

Starting the season off with the Vikings and the Bears is a good way to reignite rivalries. The Packers, and Aaron Rodgers in particular, have not been fans of Chicago and have made it known. Green Bay needs to right their wrongs by going out there and getting a win.

A win is a win, however, the Packers shouldn’t keep this one close. A season ago each contest went in the favor of the Packers and each game was won by at least 10+ points. The offense also combined for over 800 yards in those games. The Bears are a different looking team this year and could possibly derail the Packers if they don’t prepare properly.

1. Run the Ball, Stop the Ball

Last week the Packers ran the ball 18 total times for 111 yards. Aaron Jones specifically had five carries for 49 yards and averaged 9.8 per carry. Why the Packers didn’t run the ball more is odd, but it is something that the team should hammer against the Bears. With players like Roquan Smith, it can be rather difficult to penetrate the defense, but it may be their weak point. 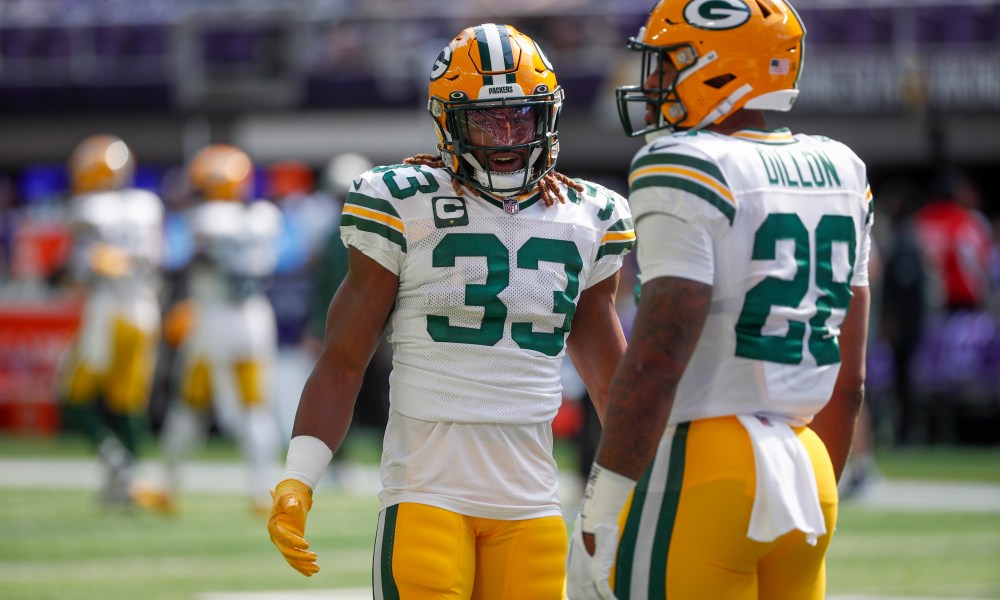 The rookies Jaquan Brisker and Dominique Robinson have already made an impact on defense. Veterans Eddie Jackson, Robert Quinn, and Mike Pennel Jr. all return to create a formidable defense. Sunday’s game against the 49ers was far from normal circumstances, but football is played in all conditions and that is no excuse. Even if the rain slowed down the 49ers, the Bears played smart football and got a win.

What the 49ers did well against the Bears was running the ball. With Deebo and Aiyuk to go along with Trey Lance, there is quite a bit of creativity available. However, they did their best running the ball to the outside and struggled to break past the linebackers. The Packers should look to replicate this because of their two headed running attack and vastly more experienced quarterback. The 49ers could’ve won multiple times, but lost because of bad quarterback play and fumbles.

While running the ball can help the Packers break through, they also need to stop the Bears from running. Both the Bears and the 49ers ran the ball 37 times. The Bears gained 99 yards doing so, but allowed 176. They intelligently ran the ball to set up big chunk plays and slowing down the run would make it harder for the team to rely on those plays. Honestly, the knock on Fields has always been his ability as a passer, and if he is forced to pass all game he could make mistakes against a serious defense like the Packers.

The benefits of having a young team are endless, but obviously it comes with pitfalls, like young corners. There is nothing wrong with playing a young corner, and there have been some wonderful rookie corners lately. However, it is known to be one of the hardest positions to play and the Bears corners will have their hands full against the Packers.

The starting corners for the Bears are Jaylon Johnson, Kyler Gordon, and Kindle Vildor. PFF rates Vildor and Gordon at 55.1 and 62.8 on defense, respectively, which isn’t awful. Jaylon Johnson was rated at 83.9 last week, which is fourth in the league. There is no doubt the talent is there, but the depth certainly isn’t. The next listed corners are Lamar Jackson and Josh Blackwell.

Eddie Jackson is still always a threat for a big play. Brisker and Jackson will be watching over top on Sunday after their great individual performances against the 49ers. Both players could prove to be trouble for the Packers.

The Bears gave up big receptions of 44, 31, and 20 yards against a team that only completed 13 passes. As stated before, with Aaron Rodgers a glaring weakness like this will be exposed. Trey Lance is great, and will be a great starter in the NFL, but he hasn’t played long enough to understand these tactics. It is something that comes with time and Rodgers will no doubt consider it during the game.