One Under-The-Radar Free Agent the Packers Should Re-sign The Packers face numerous difficult free agent decisions this offseason. Multiple important players are due to hit free agency, and Green Bay is already over the cap entering 2022. Key contributors like Allen Lazard, MVS, Robert Tonyan, De’Vondre Campbell, and Rasul Douglas are set to hit the open market. Other players, like Za’Darius Smith and Dean Lowry, could turn into cap casualties. Brian Gutekunst and his staff will have to make some hard decisions, especially if they decide to extend Aaron Rodgers and Davante Adams. To keep the team in contention for a Super Bowl next year, Gutekunst will have to make some smart value signings at a cheap price. One such signing could already be available in the building: OLB Whitney Mercilus. 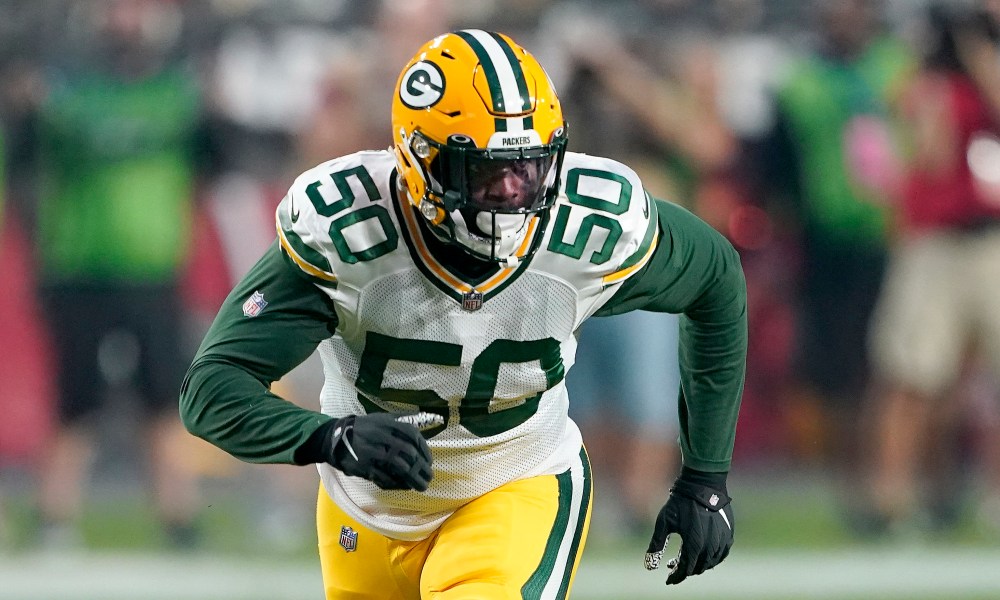 Mercilus played a total of 10 games in 2021, racking up 4 sacks and 17 combined tackles. After playing 6 games and recording 3 sacks with the Texans, he had only 1 sack in four games for the Packers before tearing his bicep against Seattle. Surprising almost everyone, he managed to return in time for Green Bay’s playoff game against the 49ers.

Although his sack numbers with Green Bay weren’t impressive, Mercilus still made a positive impact on the Packers defense. According to Pro Football Focus (per Bill Huber of SI.com) Mercilus recorded 10 pressures in his four games with the Packers. He wasn’t a dominant player with Green Bay, but he provided a quality backup at edge rusher.

Watching Mercilus’ film with the Packers provides some great examples of what he can bring as a depth piece at edge rusher. He has a wide range of effective pass rush moves to draw on. Here’s a couple examples (in all of these clips he is lining up over the left tackle).

In this clip, he uses a beautiful two-handed swipe, then transitions to a long-arm before disengaging inside for the pressure.

Here, he sells the upfield rush against the Seahawks LT, then unleashes a devastating bull-rush for the sack.

Mercilus’ veteran intelligence shows up on this next play. Up to this point in the WFT game, he had used a number of swipe moves similar to the one a few clips ago. Here he starts to fake a swipe, then transitions to an inside spin. One sign of a good pass rusher is the ability to use one move to set up another later on, and Mercilus demonstrates that ability here.

Finally, Mercilus also adds value against the run. Against the Cardinals in this clip, he sets a good edge and forces the outside zone run back inside.

Whether or not the Packers decide to bring back Rodgers and Adams, resigning Whitney Mercilus could be a fantastic value move. Of course, the Packers will have to make sure that the 31-year-old is able to recover fully from his bicep injury. If he is healthy, his recent injury, advancing age, and relatively low production the last few years could still keep him within Brian Gutekunst’s price range. With the future of the Smiths uncertain due to Green Bay’s cap situation, the Packers should not pass up an opportunity to add quality depth at OLB.