How Matt LaFleur And Sean McVay Went From Friends To Foes Green Bay Packers Head Coach Matt LaFleur will be seeing a familiar face on Monday night when his team takes on the Los Angeles Rams. Rams Head Coach Sean McVay and LaFleur have a long history together. Once alliances coaching on the same team, their friendship will be put on hold for a few hours on Monday night. 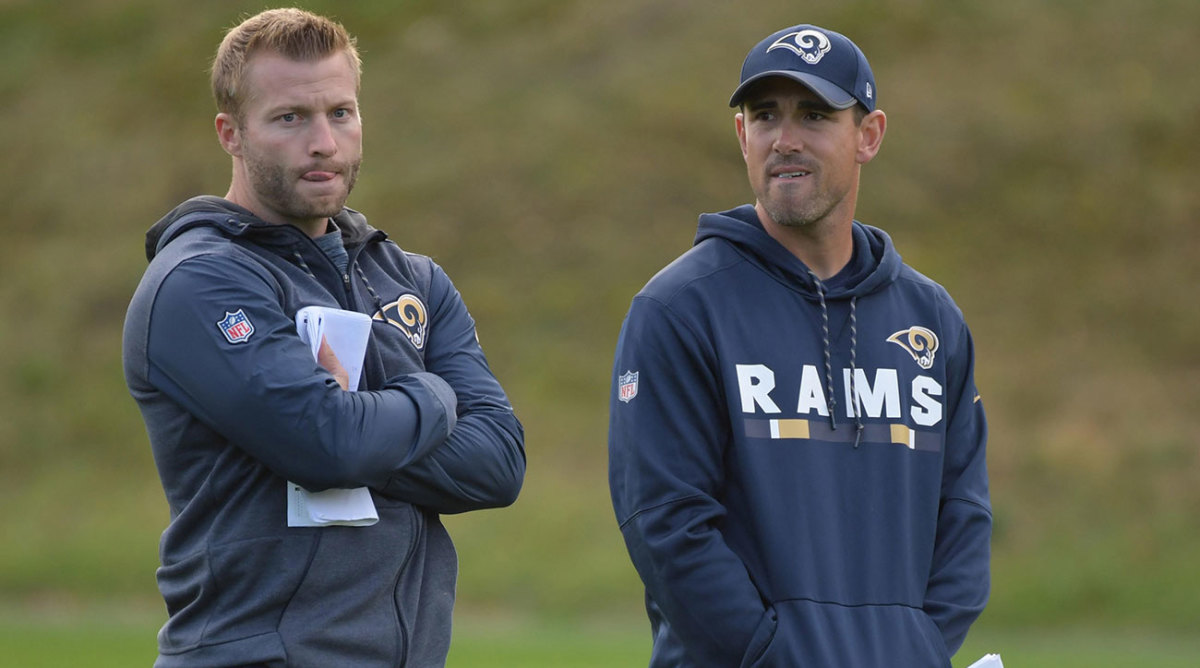 Sean McVay and LaFleur used to live across the street from each other when they were both offensive assistants at Washington back in 2010. They coached together from 2010-2013 before LaFleur left to be the quarterbacks coach at the University of Notre Dame. But Sean McVay stayed in Washington until 2016. The two coaches reunited in 2017 on the Los Angeles Rams.

Sean McVay landed the head coaching job with the Rams after spending seven seasons in Washington. McVay hired LaFleur to be the offensive coordinator. In 2017, the Rams went 11-5 and lost in the wild card round of the playoffs. Together, the two coaches helped turn around an organization that went 4-12 the previous year.

However, after only one season together, LaFleur went a different route and took the offensive coordinator position with the Tennessee Titans. LaFleur took the job because he was offered the play-calling responsibilities he lacked in Los Angeles. Although, an argument may have also fueled LaFleur’s decision to leave.

When addressing the argument, Sean McVay said, “He’s [LaFleur} asking to be fired, and I’m saying, ‘I’m not going to fire ya; I’m just going to quit myself.’ It was two minutes of us totally losing our minds.” LaFleur’s decision to leave ended up paying off because in 2019, he landed the head coaching job with the Packers.

Monday will mark the third meeting between Sean McVay and Matt LaFluer. LaFleur and the Packers won the first two matchups. The Packers beat the Rams 32-18 on Jan. 16, 2021 during the divisional round of the playoffs. The other game came on Nov. 28, 2021, where the Packers won 36-28.

Despite their differences, the two coaches remain close. However, friends will turn foes on Monday night. The Packers desperately need a win in order to keep their playoff chances alive. While Sean McVay and the Rams look to spoil the party and crush the hopes of Packers fans.