Falling one game short of the promised land is one of the more heartbreaking ways to end a season. It doesn’t happen very often, but it did happen to the Brewers in 2017.

Let’s talk about that team:

The 2017 Brewers are not typically talked about as a great year of the Craig Counsell era. Honestly, 2017 isn’t really talked about at all. It is usually brushed under the rug by Brewers fans. We have good reason to not talk about it, it was another classic Brewers second half collapse that broke all of our hearts.

You’d think we would all be used to it by now.

It’s been four years since that season, and it deserves to be brought up again. That season brought the excitement of a young and hungry team, low expectations being exceeded, the devastation of a late season injury to your ace, the joys of a large division lead at the All Star break with the anxiety of watching it melt away as your team falls one game short of a wild card spot.

Today, we will put the 2017 Brewers under the spotlight! We’ll start by finding out how this team got put together.

Much like Rome, The Brewers Weren’t Built in a Day

The Brewers were still in the middle of a rebuild coming into 2017. After an epic second half collapse in 2014 (this is becoming a theme) and an abysmal start to the 2015 season, Manager Ron Roenicke was fired by General Manager Doug Melvin, who himself would step down months later. This propelled the Brewers into an almost total rebuild of the franchise where no piece was left off of the trade block.

Following the firing of Manager Ron Roenicke, the Brewers elevated front office assistant and Whitefish Bay Wisconsin native Craig Counsell to manager, a title he holds to this day.

Once the front office and dugout were somewhat figured out, now came the trading of established big league assets for promising minor league futures:

C Jonathan Lucroy and RHP Jeremy Jeffress were sent to Texas for OF Lewis Brinson, RHP Luis Ortiz, and a Player to be Named Later in Ryan Cordell.

All Star OF Ryan Braun was on the trading block as well, with no buyers.

Those moves along with many more sent the Brewers into a rebuild with hope for the future. Little did we know, that future was closer than anyone thought.

2015 was abysmal for the Brewers. Losing ninety four games in their worst season since 2004. It appeared that the Brewers had bottomed out. Fortunately, when you bottom out, there’s nowhere else to go but up.

With Gutted Roster, The Brewers Struggle

In 2016, the Brewers improved a lot. A good amount of the franchises young talent began to show this year. SS Orlando Arcia, the man believed to be the future face of the franchise, made his debut this year. The Brewers finished with a record of 73-89. Not great, but much improved.

Despite Low Expectations, The Brewers Get Hot

The Brewers began 2017 off shaky, crawling to a 2-5 record before sweeping the Blue Jays and taking two of three from the Reds. Eric Thames was a bright spot of April 2017, hitting 11 home runs and slashing .345/.466/.810 (AVG/OBP/SLG). Despite the MVP numbers put up by Thames, the Brewers had a mediocre April, going 13-13 by months end. They began to heat up in May, and were white hot by the All Star Break,

The Brewers won eight of ten to finish the first half with a record of 50-41, five and a half games into 1st place in the Central. Despite this success, the Brewers would only send one player to Miami to represent the National League in the All Star Game (Corey Knebel).

Many of the Brewers faithful hoped and believed that this could be their year. Finally, a young, exciting team to watch that would lead them into October for the first time in five years!

After the All Star Break the Brewers would only win five more games in July as they would fall to 55-52, two and a half games back from the 1st place Cubs. Their record in the month of July finished at 12-13.

Talk about a fall from grace.

The Brewers were able to right the ship to an extent in August, climbing to 70-64 at months end. They were three and a half games back in the Central and just a game and a half back of the second wild card spot.

The Brewers Face a Major Injury at a Bad Time

The Brewers still had plenty of hope early into September as they were still very much still in the wild card race. That hope was severely damaged on September 8th at Wrigley Field.

The Brewers had a 2-0 lead after four, scoring on Ryan Braun’s 300th career Home Run in the top of the 1st. Ace Jimmy Nelson had pitched a four hit, seven strikeout shutout as he came up to bat in the top of the 5th.

Nelson ripped a line drive off of the wall in left field. As he rounded first, he noticed that John Jay had fielded the ball and he had to get back to first. He needed to get back quick so he dove back into the bag head first.

In that moment, Brewers fans watched as their playoff hopes took a major hit.

Nelson had strained his rotator cuff and partially tore his anterior labrum on his throwing arm sliding into first. A devastating injury to an already thin staff.

He was lost for the remainder of the season.

The Brewers would go on to sweep that series, but still remained two games behind the Cubs in the division and three games back in the wild card.

After losing Nelson, the Brewers seemed to show a spark. They went on to win eight of their next ten. They were eleven games over .500 and just one back in the wild card race. The Brewers were in a full scale pennant race. Eventually, they would cool off again and by September 30th, they were two games back with two to play. If they lost one more game, it was all over.

Backs Against the Wall

Two Back With Two to Play in St. Louis

The Brewers need to win the next two games to stay in playoff contention.

They lead by six after two and a half, just hold on and live to see another day.

Down one, top of the ninth, two outs, full count, Brett Phillips at the plate, Lewis Brinson on second… It was all set Juan Nicasio throws the next pitch. It’s a 97 mph fastball.

The Brewers’ Playoff Hopes Were Wiped Away In One Swing

In that moment, the Brewers playoff hopes came to an end. It no longer mattered what happened in Denver that night, the Rockies magic number to clinch the second wild card spot was zero.

It was all over.

The Brewers would go on to win the final game of the season, but it was all for naught. They finished 86-76, one game short.

Hope for The Future

2017, While Disappointing, Laid The Foundation for Greatness

Although the end of the 2017 season wasn’t what anyone wished for, it laid the foundation for success in the coming years. This season showed the front office, the fanbase and the rest of baseball that the Milwaukee Brewers were coming for the National League. That showed as the Brewers would go to the postseason for the next three years in a row, the first time in franchise history.

Many of the top performers in 2017 would be integral pieces in the success in the years to come. Corey Knebel and Josh Hader would lock down the end of games for the next three years, Manny Pina would be the primary Catcher through 2019, and is still a mainstay on the roster today. Orlando Arcia even had his breakout season in ’17, slashing .277/.324/.407, with solid defense at short. He would be the everyday shortstop until being traded to the Braves in April of 2021.

Many of the young players from this year were used as trade chips to acquire better assets, such as Brett Phillips being the headliner of the Mike Moustakas trade, or Lewis Brinson being a major part of the deal for future NL MVP Christian Yelich.

What Should We Make of the 2017 Brewers?

All in all, the 2017 Brewers were nothing special on paper, just a classic second half collapse that is seen all over baseball. Beneath the surface however, that team set the culture and standard that still continues to this day.

The 2017 team was a fun, exciting team with low expectations that were met and then some. They were the first fun Baseball team Miller Park had seen in years. Fans responded by watching and coming through the turnstiles. Players responded by taking that energy and using it to win even more, a trait seen by modern Brewers teams as well. Although they weren’t a dominant force in the National League, I bet we all had fun watching this team.

Related: What Happened to the Fun Loving Brewers?

The 2017 Brewers may have never seen October, but they were a fun group of guys that were always fun to watch. Although it’s disappointing, these teams are always looked upon fondly. 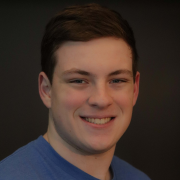