With September 1st officially a week away, the Brewers front office is gearing up to add two more players to the big league roster. With the recent rule changes, major league ball clubs will be able to expand their rosters from 26 players to 28.  The rosters will also be capped at 14 pitchers. The Brewers find themselves needing some fire from some of their young guns so let’s examine who those may be. 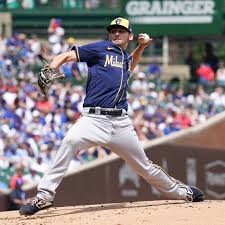 Small has gotten the call to Milwaukee on two seperate occassions this year appearing in 6.1 innings in his two appearances. The Brewers currently sit with 13 pitchers on the active roster making Small a logical choice to fill the 14th spot. Small has the capability to fill as a starter/opener or can be used out of the bullpen in long relief roles. Small would give the Brewers flexibility to operate “Committee days” combining Small with Ashby to get through 5 or 6 innings without either being overused.

In his two starts for Milwaukee this year, Small was used in short roles after allowing a couple runs. In his first appearance, Small threw 2.2 innings in Chicago allowing 2 runs on 4 hits while striking out 4. During his second outing, Small threw 3.2 innings against Minnesota. Allowing 3 runs on 4 hits with 4 walks, Small was sent down the following day again. While he may not be a dominating presence on the mound, he would allow the Brewers to have some length at the back end of the rotation during September.

Overall, in Nashville, Small has looked ready to contribute to the big league club. In 87 innings pitched, Small boasts a 3.50 ERA and 6-4 record. With 97 strikeouts, Small has shown the ability to get the swing and miss, but his command is still somewhat of a concern. Small can be a really affective arm for the Brewers in short bursts and this may slot him into a bullpen role down the stretch. The Brewers have no shortness of creativity when it comes to using their young pitchers as evidenced by Corbin Burnes and Freddy Peralta’s first seasons. 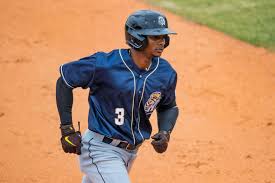 A key piece to the Josh Hader trade, Ruiz looks to be a likely candidate for a call up this month. Ruiz has already made his major league debut while in San Diego as well. Since joining the Brewers organization, Ruiz he can be an impact piece for the Brewers in a playoff run. Through 16 games in Nashville, Ruiz is batting .328 with 7 steals and an .807 OPS. Being on the 40 man roster already also points towards Ruiz’s opportunity coming sooner rather than later. Ruiz could slot into any of the outfield spots for Milwaukee. His offensive capabilities could be a jolt to an inconsistent Brewers lineup. Ruiz would also be a weapon for the Brewers in pinch running scenarios. His baserunning is some of the best in baseball and that kind of spark could benefit the whole lineup.

When David Stearns acquired Ruiz, it sure seemed the stars would align for him to appear in September. Brewers fans should be excited about what he may bring to the table even if they weren’t crazy about the move that brought him there. 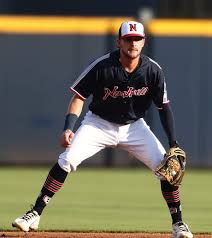 Brewers fans are sure to have heard the exciting murmurs surrounding Brice Turang by now. Turang has been an offensive machine in Nashville. Through 107 games, Turang is slashing .289/.359/.776. In his last 35 games, Turang is hitting .329 with 8 home runs and 29 RBI.  Turang’s offense looks as if it will play at the big league level. While he is still working on his power, his contact first approach and speed could be a huge jolt. Along with his offense, Turang has been playing several positions to get ready for the call up.

Turang has made appearances at 3B, SS, 2B and CF. With the majority of his time being at shortstop, Turang has been a great defender. The Brewers have been experimenting with Turang and he has shown the ability to contribute all over the field. This kind of flexibility makes him a great candidate to join the Crew. The Brewers would be able to use him in the middle infield to spell Adames and Wong, while also giving him starts in center against right handers to bolster the lineup.

The only roadblock to Turang getting the call from Milwaukee is the fact that he is not yet on the 40 man roster. The Brewers would have to clear a spot on the 40 man in order to bring Turang to Milwaukee. Should the Brewers feel he can contribute to the big league lineup, they will certainly find room for him. 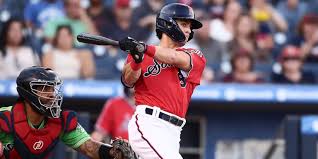 Brewers fans have been hearing a lot of rumblings surrounding prospects Sal Frelick and Joey Wiemer. While both have been tremendous in their short time at Triple A, it may be a tad too soon for either to make their MLB debut. Frelick is hitting .435 in his 18 games since joining the Sounds. Collecting multi-hit games seemingly every night, Frelick has turned a lot of heads within the organization. As a utility fielder similar to Turang, Frelick appears to more of a candidate for a 2023 call up.

A pitcher that may be making a case to get the call up is Josh Lindblom. Brewers fans may remember Lindblom from his appearances in Milwaukee last year. With his full 2022 season being spent in Triple A, Lindblom is due for a shot in Milwaukee again. Through 102 innings pitched, Lindblom is 5-7 with a 4.84 ERA. Lindblom could be a contributor for the Brewers based on his past MLB experience and ability to either start or work out of the bullpen. If the Brewers are concerned about one of their young arms not being ready, they may tap into the veteran Lindblom.

The Brewers may use a combination of several players to fill their roster during September, but one thing is certain. Whoever the Brewers use to fill the roster will need to be an impact for a team fighting hard for a playoff spot.