Spring Training is finally underway and the Milwaukee Brewers are making moves. As of Monday night, it was reported that outfielder Andrew McCutchen was signed to the crew. Losing Avisail Garcia to free agency, trading Jackie Bradley Jr. for Hunter Renfroe, the Brewers seem to have a stacked outfield. What will this season look like for Milwaukee and their outfield?

Milwaukee’s outfield is stacked. Featuring Christian Yelich, Lorenzo Cain, and Tyrone Taylor, it looked as though the Brewers had it set. However, in December, they signed Hunter Renfroe, another strong bat and outfielder to the mix. With the latest addition of McCutchen, the outfield just got a lot more stronger.

The Brewers need offense, there’s no question about that. Allowing Avisail Garcia to walk was their first mistake; Garcia led the team with 29 home runs, and posted a slashline of .262/.330/.490 and an OPS of .890.

Who can Brewers fans expect to see in the outfield?

Christian Yelich signed a contract extension two years ago, but hasn’t been his MVP form since his season-ending injury to the kneecap. The question of whether he’ll return to that MVP Yelich still remains unanswered. In 2021, it was obvious there were some struggles going on with Yelich and his plate performance.  He posted a slashline of .248/.362/.373 with an OPS of .736, only hitting nine home runs and drove in 51.

While he might not be a starter, we might be seeing Tyrone Taylor a little more this season.

Tyrone Taylor greatly improved in 2021, showing fans that he is a powerful player with a lot of potential. A late-season oblique injury would put Taylor out for a month, but upon returning, he bounced back like he never left. With both Garcia and JBJ out of the picture, it’s likely that we might see more playing time for Taylor. The addition of the DH in the National League will be tremendous for him, especially if he shows to have a strong bat again in 2022. 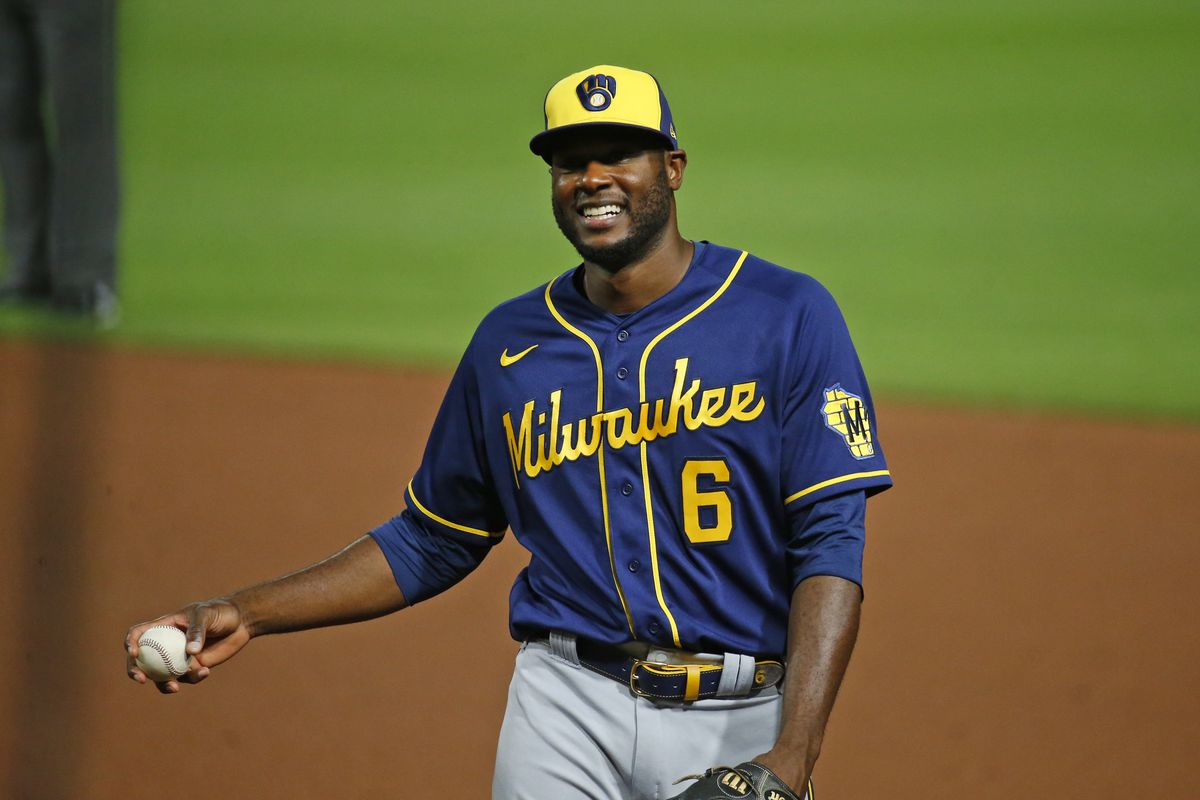 Lorenzo Cain still has one more contracted year in Milwaukee and the Gold Glove winner provided a little for the team last season. However, given the fact that he is turning 36 this year and has always been a concern with injuries, it’s probably a good idea that Milwaukee brings in some new faces. Cain appeared in 78 games, and although there were struggles at the plate, he was still able to post a .329 OBP.

Hunter Renfroe has experience playing all aspects of the outfield, but is most experienced in right field. He’ll likely be the third starter in left behind Tyrone Taylor, as Taylor can play all spots as a fourth outfielder option. Don’t forget the Brewers also have Jace Peterson to fall back on as a utility option should they need someone to fill a spot in the outfield.

In terms of depth, the Brewers continue to stack up their outfield. Corey Ray, David Dahl, Jonathan Davis are just a few names the Brewers have down in their farm system that have potential to have major league playing time. Pablo Reyes is also an all-around utility option in the event that someone in the outfield gets injured.

There’s also potential down the line in Hedbert Perez and even Garrett Mitchell, as they continue to show improvement and move their way up the ranks.

Looking forward, the way the Brewers are moving in terms of adding players, they’re looking for another championship run. The potential is there, and I firmly believe that the Milwaukee Brewers could hold their title as NL Central Champions.