The Green Bay Packers may have just sealed Aaron Rodgers‘ fate after not making any moves prior to the trade deadline. Without the Packers pulling the trigger on any deals it’s starting to look like Green Bay’s Super Bowl window with Rodgers is closed. Fans are staring to question if this will be Rodgers final year as a member of the Green Bay Packers.

With the Packers staying quite during the final day of the trade deadline it spoke volumes about their mentality for the rest of the season. Fans were outraged about the Packers not making any moves. They pleaded for the front office to make a trade for a wide receiver. However, it was going to take a lot more than just one wideout to turn the Packers season around.

Nevertheless, every team in the NFC North besides the Packers made a move before the November 1 deadline. The Minnesota Vikings and Detroit Lions made a trade involving star TE T.J. Hockenson. Meanwhile the Chicago Bears landed WR Chase Claypool. By Green Bay not making any significant roster moves did they just hint at Aaron Rodgers’ future with the Packers?

Aaron Rodgers’ future with the Packers 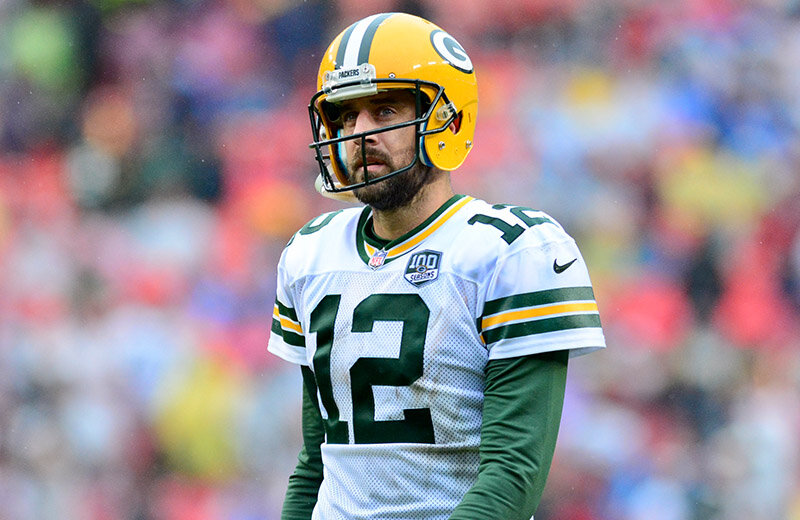 Aaron Rodgers will turn 39 years old in December. We already knew his Super Bowl window was closing simply based on age. The Packers may have just sped up the process by not adding any weapons prior to the deadline. At the trade deadline the last three years, the Packers were 7-1 in 2019, 5-2 in 2020 and 7-1 in 2021 so this year has been a shock for Packers fans. It’s hard to say what the next few years in Green Bay will look like. Will Aaron Rodgers still be around or will the Packers move on without him? One thing is for sure, this trade deadline has really seemed to make Packers fans question what lies ahead for Green Bay.