The Great Offensive Lines in the Aaron Rodgers Era 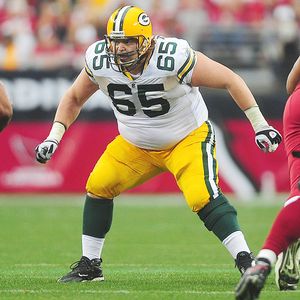 The 2010 Offensive Line Helped the Packers win a Super Bowl

After 2009, the Packers started to invest in the offensive line more. 2010 was the year they drafted Bryan Bulaga. The Packers offensive jumped from 22nd to 11th best offensive line. That was  good as they had a solid interior with Josh Sitton, Scott Wells, and Daryn Colledge. They had tackles in Bryan Bulaga and Chad Clifton. That group was good enough to protecting Aaron Rodgers, especially in the playoffs. The end result was the Packers winning their fourth super bowl.

2012 saw bad offensive line play. 2013 offensive was as usual a top ten unit. The Packers interior was rock solid with T.J. Lang and Josh Sittion manning the middle. Evan Dietrich-Smith was solid at center. This was also the year that David Bakhtiari was a rookie and was surprisingly solid. Aaron Rodgers broke his collarbone, but that was not on the offensive line. Even with inconsistency at quarterback, the offensive line was top ten in pass blocking and run blocking. This line also came in clutch in week seventeen with the division up for grabs against the Chicago Bears. This group was consistent when Rodgers was in or out of the lineup. 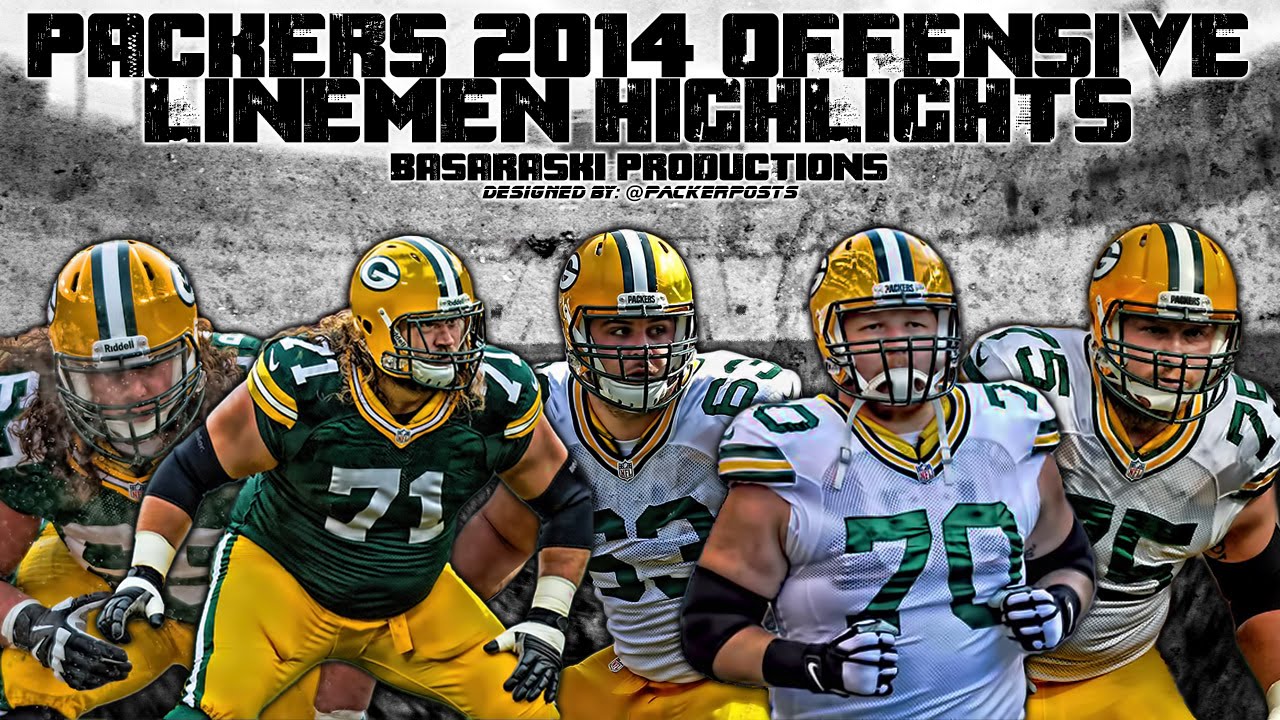 Arguably the best offensive line of the Aaron Rodgers era was in 2014. This group was really top notch. David Bakhtiari took a big step as getting Bryan Bulaga from the ACL tear in 2013. The group was  a top five offensive line as Rodgers was clean almost every game. They were a big part in the Packers offense being the highest scoring offense in the NFL. Also, this group did a great job protecting Aaron Rodgers when he had a calf injury limiting his mobility. The NFC championship even with the loss the Packers dominated the line of scrimmage against the Seattle Seahawks. 2014 can be considered the best offensive line that protected Rodgers.

Once again, the Packers offensive line was ranked in the top ten. Some will say that it wasn’t because Aaron Rodgers was the most sacked quarterback. The struggles were mainly due to injuries along the offensive line. Thanks to the injury bug, backups like Don Barclay had to play and had horrible performances. David Bakhtiari missed time as well making even Josh Sitton play out of position at left tackle. Despite that, when healthy, they were a dominant group. In the playoffs, Rodgers was only sacked one time as the line was healthy again. The Arizona Cardinals game they kept Aaron Rodgers clean the whole game in the loss. When healthy, the 2015 was a really good group. 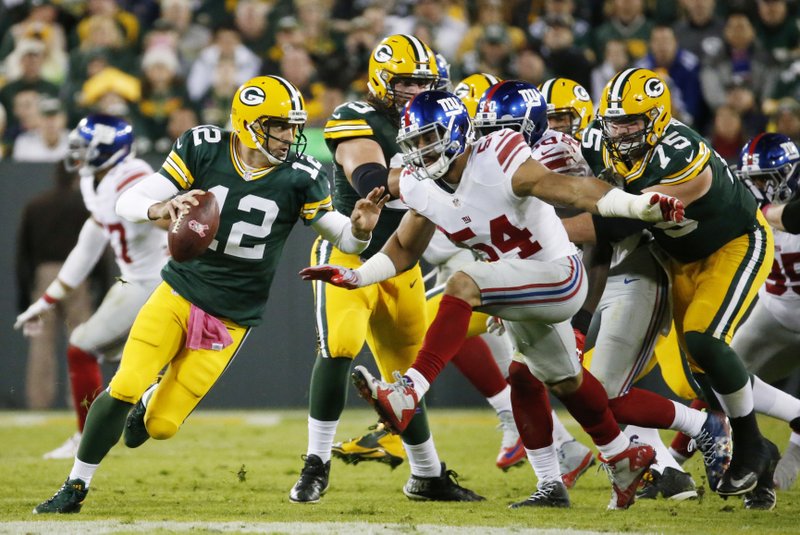 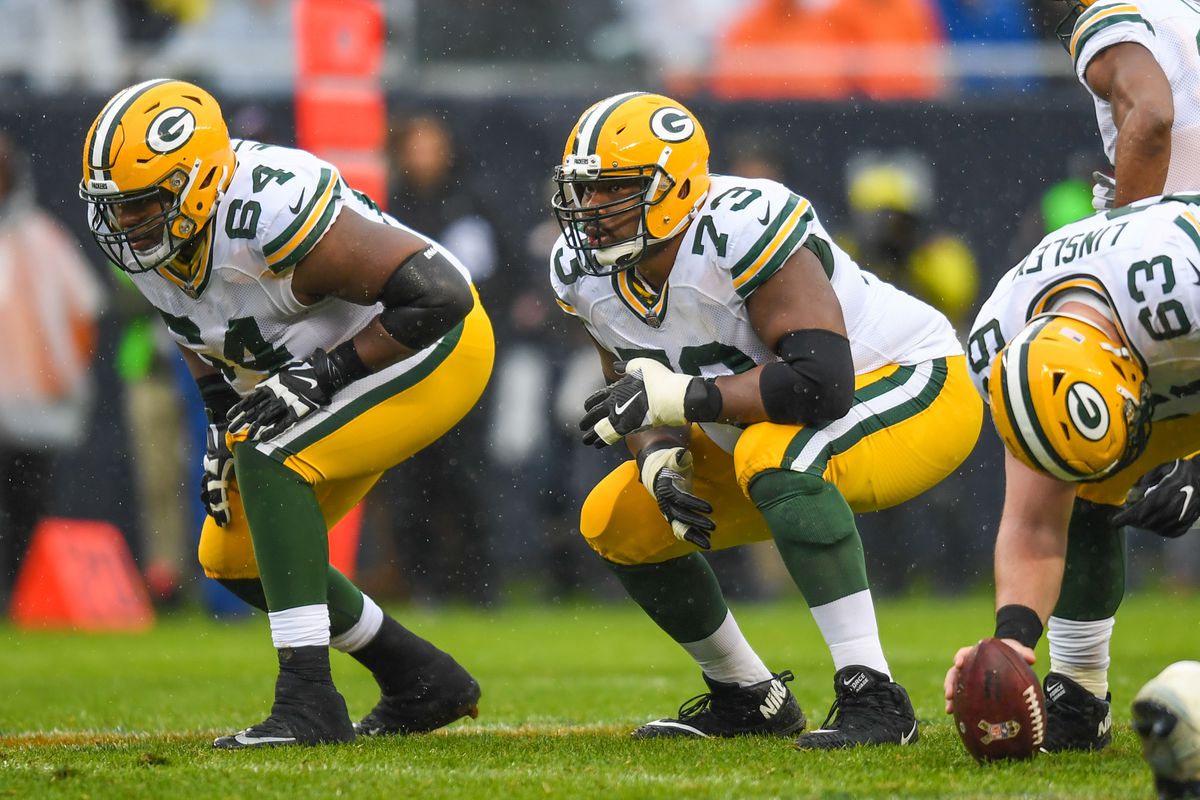 2017 Offensive Line- Good Despite the Injury To Aaron Rodgers

The Packers lost T.J. Lang in free agency and the offensive line was still solid. Due to injuries, the offensive line struggled a bit, but found its groove when they were healthy again. Aaron Rodgers again injured his collarbone, but not because of the offensive line. It was more of a questionable hit by Anthony Barr was certainly the reason. Rodgers missed half of the season. The line was really good and most of the sacks were due to bad pocket presence by former Packer Brett Hundley. He could not read defenses and took unnecessary sacks because he held the ball too long. He is no longer with the team and currently not on a NFL team. Despite that, the Packers ranked near the top ten even with the unfair circumstances. 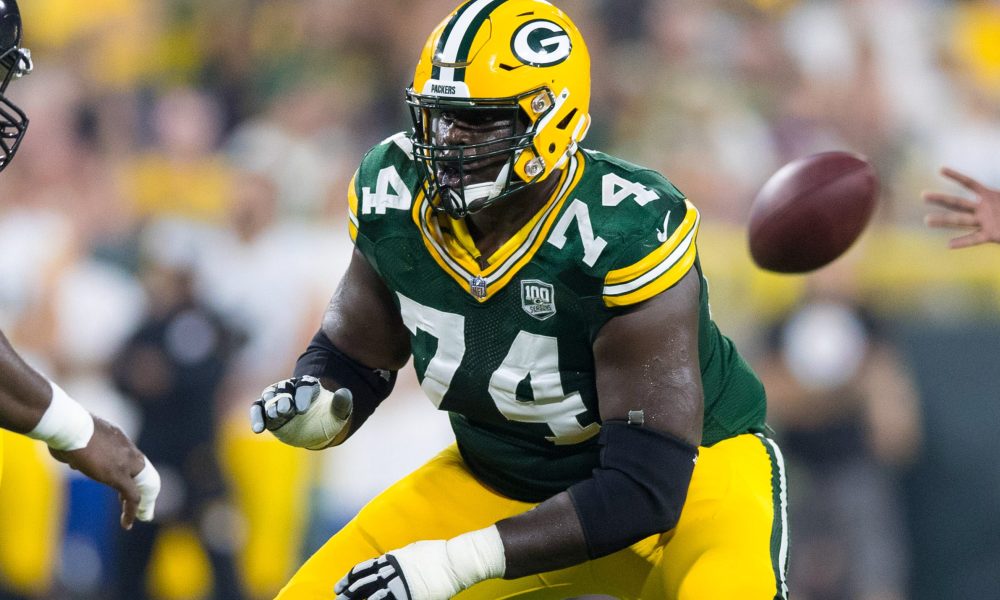 The Packers offensive line ranked the seventh best in the NFL. They were ranked really high despite Aaron Rodgers being the most sacked quarterback. The sacks were mostly not on the offensive line. In fact, it was on Aaron Rodgers holding the ball waiting for the big play. He did not take what the defense gave him and made him hold the ball. Those were sacks that definitely could have been avoided. Most of that was on Mike McCarthy for the offense becoming stale. Also, Jason Spriggs was horrible when he had to play and is no longer with the team. The offensive line was certainly great despite Rodgers holding the ball and the offense becoming stale.

As usual, the Packers offensive line were one of the best in the NFL. They added new faces Billy Turner and Elgton Jenkins. This group was a great and once again did a great job despite Aaron Rodgers holding the ball for a long time. They also helped keep Rodgers clean while he was learning a new offense, which was huge. The line helped get the run game going as they helped Aaron Jones get his first one thousand yard season. This group played a big part in the Packers going 13-3 and making it to the NFC Championship.

The Packers lost long time tackle Bryan Bulaga in free agency. The Packers had questions on the offensive line. They answered it by signing Rick Wagner and drafting three offensive linemen. They had the second best line outside of the Cleveland Browns. The Packers had the best center, left guard, and left tackle in the NFL. They also overcame injuries along the offensive line and still did a great job protecting Aaron Rodgers. The struggles came against the Tampa Bay Buccaneers. Those were the games David Bakhtiari did not play and was hurt and he makes a big difference. The offense was the number one scoring, went 13-3, and were back in the NFC Championship due to another great packer offensive line.

In Conclusion: Follow me @CarlosS29143608 and follow us @WISportsHeroics for more great content. Check out our merch page here and use promo code WISCO at check out for $1 off! To read more of our articles and keep up to date on the latest in Wisconsin sports, click here!