LOS ANGELES, CA - OCTOBER 25: Vin Scully addresses the crowd during the pre-game ceremony prior to Game 2 of the 2017 World Series between the Houston Astros and the Los Angeles Dodgers at Dodger Stadium on Wednesday, October 25, 2017 in Los Angeles, California. (Photo by LG Patterson/MLB via Getty Images)
Share
Facebook Twitter LinkedIn Pinterest Email

Major League Baseball lost an icon yesterday. Vin Scully, the legendary voice of the Dodgers, passed away at the age of 94. Throughout his long career as a broadcaster, Scully called not only some of the greatest plays in baseball history, but also over the sporting world. Many people forget that it was the voice of Vin Scully calling “The Catch” in 1981.

The man who was at the mic in the 1981 NFC Championship Game for “The Catch” was….Vin Scully. pic.twitter.com/NQFVzG4CbE

Vin Scully Had Some Great Calls Regarding Milwaukee 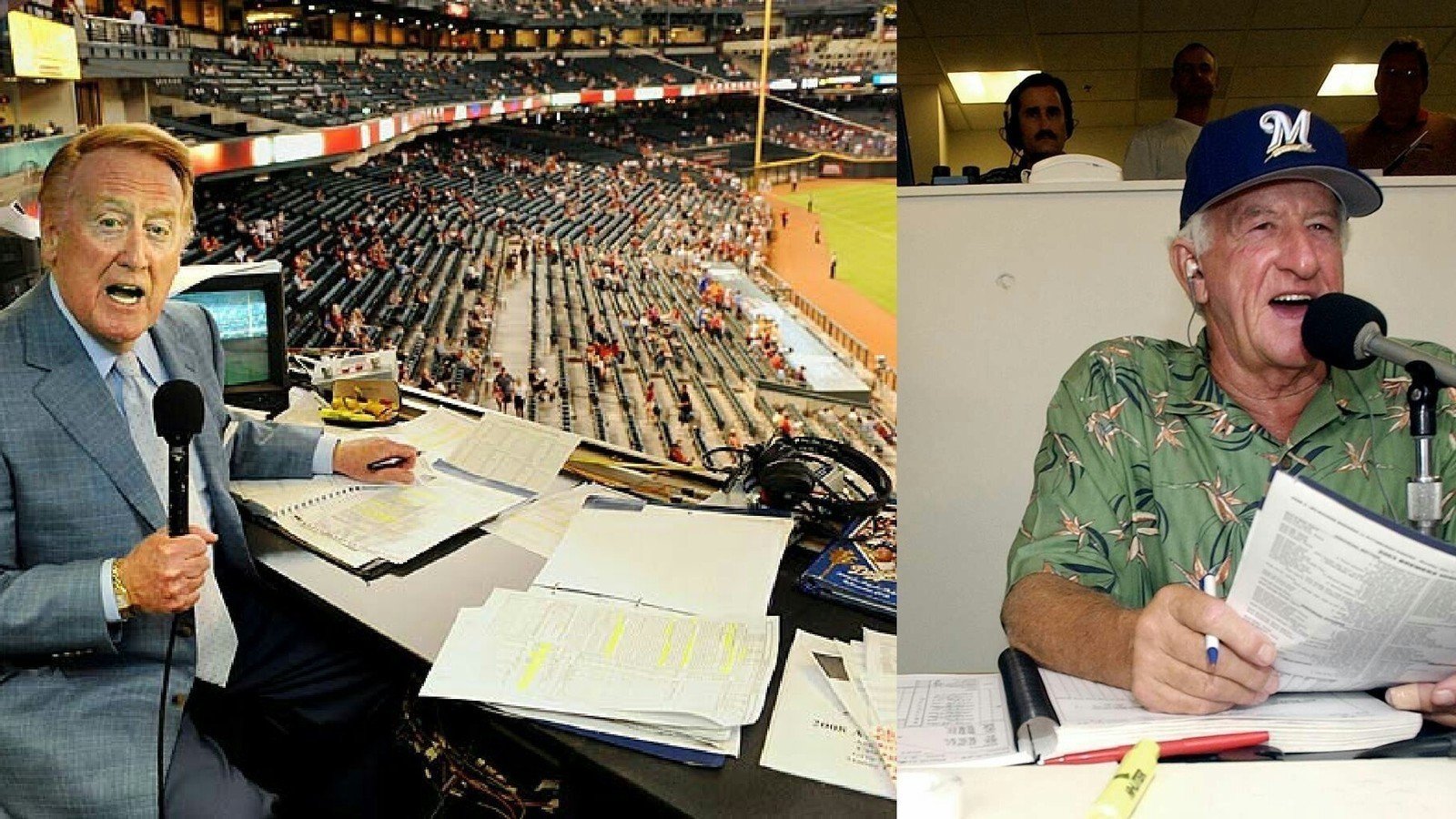 The year was 1984, and Rene Lachemann was the manager of the Milwaukee Brewers. Of course, the Brewers had been in the World Series in 1982, but had missed the playoffs in 1983 and absolutely collapsed in 1984. Lachemann was the youngest manager in the league at that time, and was not having a great time. In an August game against the California Angels, the first base umpire blew a call at first base, drawing Lachemann out of the dugout to argue. Vin Scully was calling the game on TV, and the only way his commentary was perfect.

Scully was never one to shy away from making his opinions known. In a game he was calling between the Brewers and Dodgers, Hernan Perez came to plate. Perez is a native of Venezuela, a country known for its cruel socialist government. During Perez’s at bat, Scully let the audience know exactly what he thought about socialism.

One of the things that Vin Scully was known for was his story telling. Indeed, he made fans feel like he was sitting right next to them in their homes. He told stories while missing not one moment of play-by-play in the game. One of the most powerful aspects of storytelling, though, is knowing when NOT to talk. This, too, was something that Scully excelled in. For baseball is a beautiful game, oftentimes bursting to tell its own story. It is the sounds of the crowd that tell the story in these moments.

Notice, here, when Hank Aaron’s 715th career home run clears the fence, Scully stops his own commentary. Instead, he lets the joy, excitement, and beauty of baseball, of the crowd, tell the story.

Vin Scully will truly be missed. The mark he left on the sports world and broadcasting will never be matched.