The Major League Baseball season is finally underway and the Milwaukee Brewers were the very first team to take the field. With a three game series against the Chicago Cubs now in the rearview mirror, let’s take a look at how the team fared in the first week of the season. 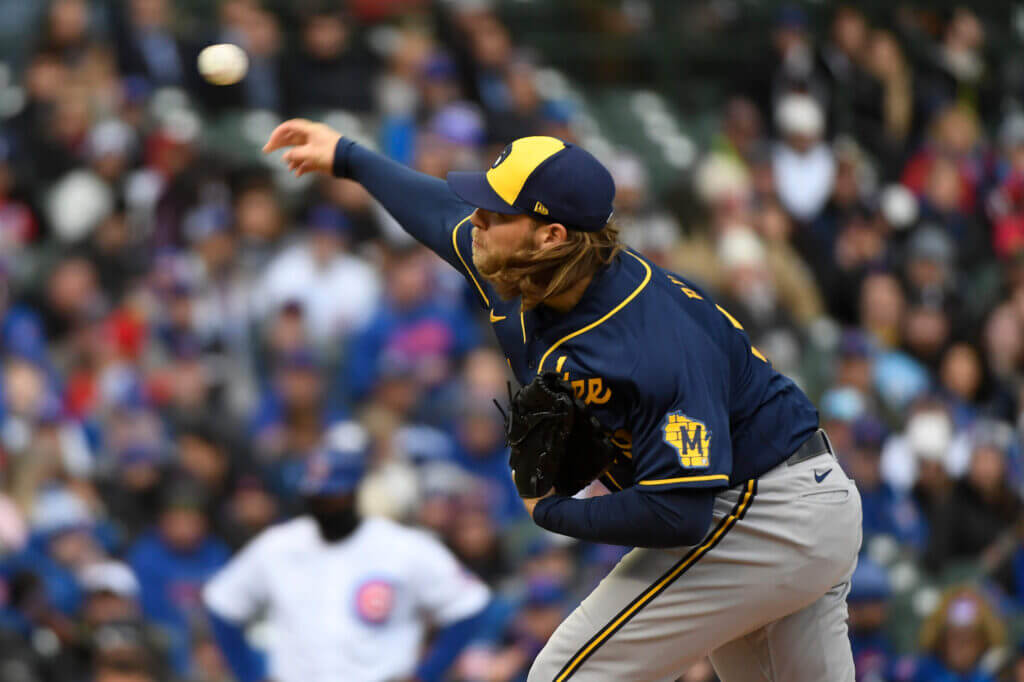 The Brewers scored the very first run of the MLB season on a Lorenzo Cain groundout but it wasn’t enough. A Nico Hoerner two-run homer and Ian Happ two-run double accounted for all of the Cubs run in their win. Reigning Cy Young winner Corbin Burnes struggled through five, walking three and giving up three runs in the outing. Aaron Ashby would pick up the loss in the game with an assist from Jake Cousins, who gave up the Happ double. After a rainout on Friday, Saturday was a disaster for the Brewers. Brandon Woodruff had arguably his worst start as a professional, giving up seven runs in less than four innings of work. Woodruff’s struggles were overshadowed, however, by the fracas that broke out in eighth inning after Andrew McCutchen was intentionally hit by a Keegan Thompson pitch. Tempers were high after three Cub hitters had been hit earlier in the game with Ian Happ having to leave the game with an injury.

The Brewers bounced back in a big way with three big flies to pick up their first win of the 2022 season on a windy Sunday. Willy Adames hit the first homer of the Brewers season with a 442-foot bomb to left center in the third. Rowdy Tellez in the sixth then launched a “grown man home run” in the words of Jeff Levering. Then Mike Brosseau, off former Brewer Daniel Norris, hit the go ahead homer in the seventh off the bench. Brad Boxberger got the win while Devin Williams and Josh Hader did what they do best to close out the final two innings. 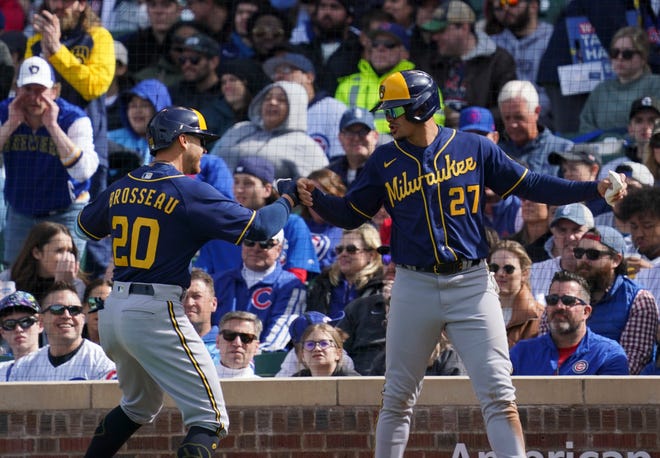 Shortened Spring Training an Issue for the Pitching Staff

A prevailing thought coming out of the abbreviated Spring Training was that starting pitchers could deal with issues with command and fatigue. Through three games for the Brewers, it appears that analysis was spot on. Burnes, Woodruff, and Peralta each struggled with walks, issuing ten free passes combined in 12 2/3 innings. The bullpen isn’t blameless either, allowing seven walks of their own and it cost the team dearly. In Woodruff’s start alone, two of his walks scored in the first inning, which also involved in walking in a run. It’s clear that the team needed another week to ramp up and harness their unbelievable stuff for the season ahead.

The Brewers don’t have a lot of longtime guys on the roster anymore, with Brent Suter the longest tenured player. However, the veteran players had a solid series at the plate and in the field. Andrew McCutchen (35 years old) picked up two hits on opening day and was a vocal defender of his team after he was drilled on Saturday. Lorenzo Cain (35) was dealing with all the taunting from the outfield bleachers, but still drove in two runs in the series. Christian Yelich (30) hit .375 in the series and drove in two runs, including a big double on Sunday. He also walked three times. Those three could be catalysts for this team bouncing back from a tough weekend as they head to Baltimore.

With the new rules officially bringing in the designated hitter to the National League, it was going to be fascinating to see how Craig Counsell would use his bench. After three games, he’s revealing his hand, leaning hard into matchups. Take Opening Day as an example. He pulls Omar Narváez for Tyrone Taylor with a lefty on the mound, and then immediately gets Victor Caratini into the game. Brosseau got into two of the three games as a replacement for Jace Peterson. Even with no need to double switch or having to be forced to juggle how he uses his pitchers, Counsell is still going to get his bench involved.

The Brewers’ Week Ahead: 3 Games in Baltimore, 4 Games vs St. Louis