Hilarious Image Of Packers Lineman Blocking Each Other Goes Viral After a tough defeat, it is good to laugh. A lot went wrong on Sunday as the Packers lost 23-7 to the Vikings. One image that sums up the day for the Packers is the one below. This hilarious image of Packers lineman blocking each other has gone viral.

The Hilarious Image Of Packers Lineman

Question for @AndyHermanNFL
When you throw a good block but its against your own teammate, how does that get graded? pic.twitter.com/nfZf83Lr0j

Center Josh Myers must have gotten a little confused on this play. He decided to block left guard Jon Runyan Jr. instead of a Vikings player. There is a lot to be frustrated about but you have to admit that this image is funny. Obviously Myers did not mean to block Runyan. This probably was a situation where the chaos of the play caused Myers to block the first person he came in contact with. That person just happened to be his teammate. I’m sure there will be some jokes thrown around the Packers locker room about lineman blocking each other. 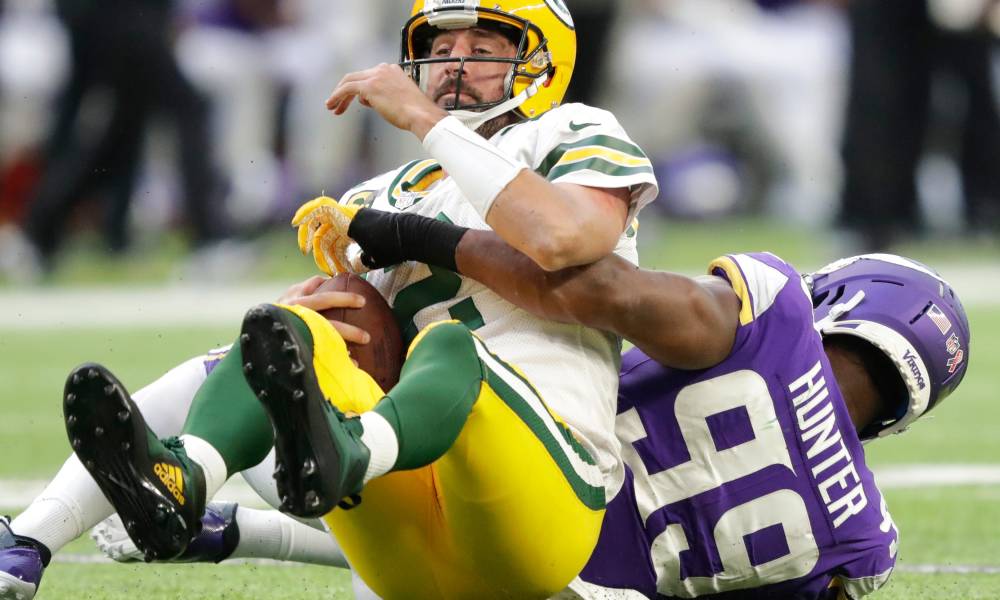 All joking aside, the offensive line play was rough. It did get better in the second half when rookie Zach Tom was inserted into the lineup but overall it was pretty poor. Hopefully the Packers can get David Bakhtiari and Elgton Jenkins back quickly as that should help the play of the line. The Packers overall looked rusty. The issue with the offensive line being rusty is that they were the sole unit that actually played in the preseason. There were some bright spots like Tom and Yosh Nijman. Despite that, this hilarious image of the Packers lineman blocking each other, summed up the day.

This is one to laugh at. Frustration is high if you are a Packers fan but it is good to laugh off a loss. It’s a long season. Last year’s week 1 loss was worse. Matt LaFleur is 9-0 after a loss in the regular season. A lot of good things happened in yesterday’s loss. The hope is the Packers can shake off the loss and rebound strong next week. Maybe this week they can try blocking the people in the opposing jerseys.