The Green Bay Packers and Aaron Rodgers narrowly escaped the New England Patriots today.  A Mason Crosby Over Time field goal proved to be the difference as the Packers won 27-24.  While he had a rough first half, Rodgers finished with 251 pass yards, two touchdowns, and one interception.  A certain free agent wide receiver had a pretty notable reaction to #12’s performance against the Patriots.  Odell Beckham Jr. took to twitter to openly praise Aaron Rodgers.  He later then acknowledges how dangerous it would be to be paired with Aaron Rodgers on the football field.

Twitter, of course, reacted the way you would imagine it would.  Many Packers fans replied in the comments with “come to Green Bay” or photo edits of OBJ in a Packers uniform.  However one comment mentioned the possibilities of Odell Beckham Jr and Aaron Rodgers being paired together.  Odell had a response at the ready for that:

Who u tellin. That’s a different breed right there

Prior to signing with the Rams last year, Odell Beckham Jr made it known that he would like to play in Green Bay.  Could it work in 2022?  The former Super Bowl LV winner tore his ACL during that game last season. He showed the league last year that he could be a meaningful contributor on a championship team.  A good pass catcher that could pose as a deep threat, which the Packers could use on the roster.

How would Odell Beckham Fit In Green Bay? 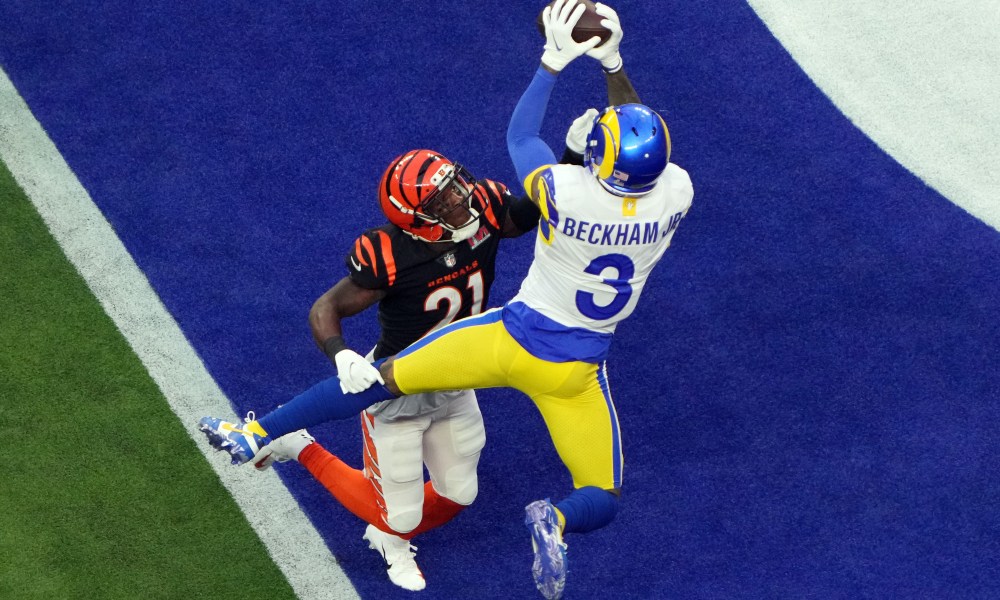 With Beckham not being ready until mid-season most likely, he is a candidate for a trade deadline type of signing.  The Packers could add him in time for the stretch run before the playoffs.  It is also important to remember that the Packers were interested in Beckham last season before he chose to sign with the Rams.

If the Packers can find a way to bring him in to play for them this season, the offense would add a new level because of the Louisiana native’s ability to stretch the field.  Aaron Rodgers and Beckham certainly have a relationship off the field and could form an elite connection on the field.  Odell Beckham would have a very real chance at winning back-to-back Super Bowls with two different teams.  It would be a win-win move for both parties.