The Milwaukee Brewers are 21-12 and are in first place in the National League Central Division. Milwaukee has seen much improvement from Christian Yelich this year. Additionally, Willy Adames and Rowdy Tellez have each had big weeks as of late. They each took home a NL Player of the Week Award. Despite these improvements, the Brewers are not getting the production that they had hoped for from their center fielders. Both Tyrone Taylor and Lorenzo Cain have been subpar thus far this season. As a result, the Brewers have been linked to Kansas City Royals Gold Glove outfielder, Andrew Benintendi. (per Ken Rosenthal)

The #Brewers have shown interest in trading for #Royals OF Andrew Benintendi.

Andrew Benintendi Is Having a Career Season (Thus Far) 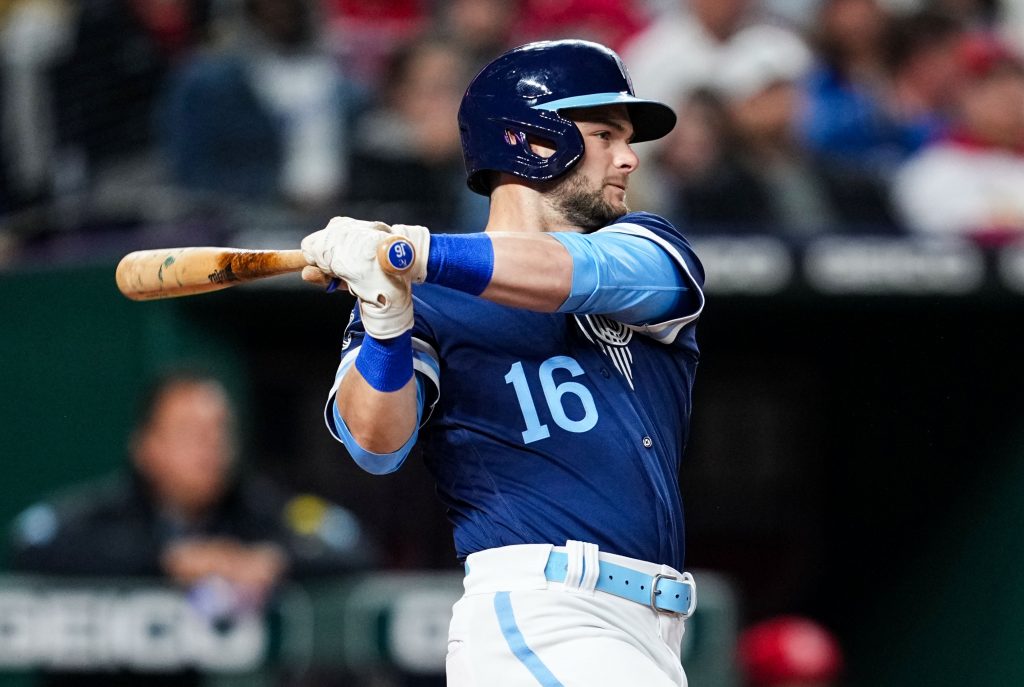 It is May, very early in the marathon that is the MLB season. However, Andrew Benintendi is having the best season of his career. Benintendi is currently hitting .324/.374/.432 with two home runs and 15 RBI. He also has two triples on the season.

This is much better production that the Brewers are getting from either Tyrone Taylor or Lorenzo Cain. Taylor, who made his first Opening Day roster this season, is hitting .227/.271/.379 with a home run and seven RBI. Cain is even worse, hitting .192/.256/.231 with four RBI.

After being traded to the Kansas City Royals following the 2020 season, Benintendi had another solid season. In his first season with the Royals, he hit .276/.324/.442 with 17 home runs and 73 RBI. He also won his first career Gold Glove award.