In what was a tight match until the end, the Milwaukee Bucks beat the Denver Nuggets on Monday night.  Missing Jrue Holiday, Milwaukee was powered by the two longest tenured players on the team.  Giannis and Middleton combined for 59 points on 20/39 from the field.  As expected, Nikola Jokic led the charge for Denver and poured in 35 points of his own but it wasn’t enough to overcome the Milwaukee.  The Bucks finally gained a double digit lead late in the fourth quarter and held on for the 125-113 win.

Just before tip-off the Bucks announced that Jrue was going to be absent from the game.  It was later revealed he was being held out due to the league’s COVID protocol.  While it hasn’t been confirmed, it seems he must have had confirmed contact with someone who tested positive.  In response to this, the Bucks didn’t hold a shoot around today.

Bryn Forbes got the start in his place and scored 15 points in 26 minutes of play.  Shooting 3-6 from three and 6-9 from the field.  So while Jrue’s passing and defensive presence were missed, Forbes did a solid job filling in for tonight.  He may need to for the next few games as it was announced later that Jrue is not currently with the team and there is no timetable for his return. 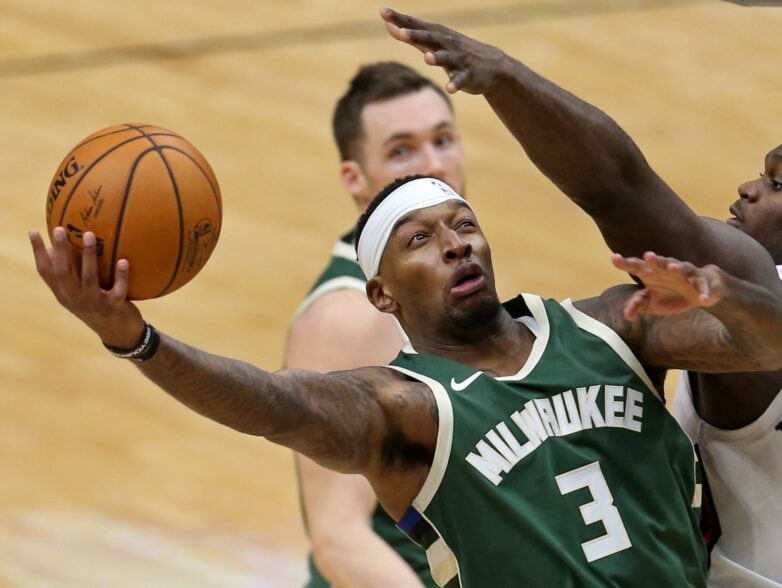 For the first time in Craig’s career, he played for the visiting team at Ball Arena.  He showed off his great defense, especially when guarding Jamal Murray.  In an unexpected twist though, Craig scored nine points on 3/3 from the three point line.  Coming into tonight’s game Craig was 2/10 from three, he is now 5/13 (38.5%) on the season.  He finished the game with five rebounds, two assists and a steal as well to go along with those nine points.  This was his best game of the year so far.  It seems he’s finally gaining chemistry with his new teammates after not seeing the floor much to start the year.

Tonight’s player of the game was easy to choose.  While Giannis did lead the Bucks with 30 points.  Khris Middleton earns tonight’s honors as he ended up just two rebounds short of a triple double and was effective on on both sides of the ball all night.  Middleton finished with 29 points on 9-16 shooting, 11/11 from the line, 12 assists, eight rebounds and three steals.  When Giannis struggled to get things going early on, Khris was the steady offense Milwaukee needed all game long.  In a road game against a good Denver team in a tough stadium and playing short handed, Khris really showed us why he earned his extension last year.